Next on The Scoop: No Small Problem: The Ethics of Teacup Dogs

The government backs away from the event, and activists rescue some 400 dogs.

The Chinese city of Yulin held its annual dog meat festival over the weekend, but not without a lot of controversy. The festival was the subject of a huge backlash this year because more Chinese citizens are thinking of dogs as pets rather than food. The local government, which normally sponsors the festival, officially distanced itself this year, even denying that it was a holiday at all.

“In recent years, a few people in Yulin would get together on the summer solstice to eat dog meat and lychees, to the extent that it’s gradually become a culinary tradition,” an official statement said. “This so-called ‘Summer Solstice Lychee and Dog Meat Festival’ is just something individual businesses and people have come up with, and in fact this holiday doesn’t exist.” 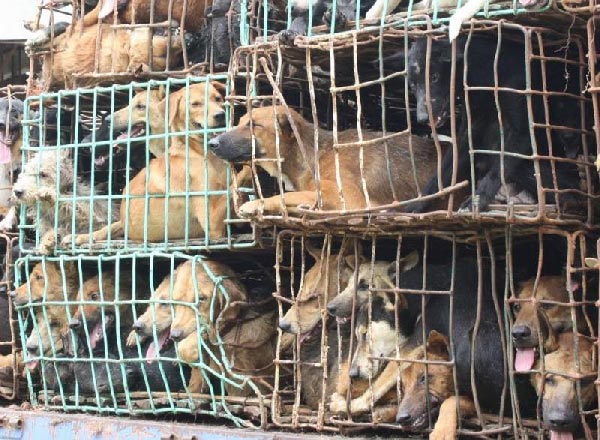 Frankly, it seems like the Yulin government would just like the whole thing to go away. As the middle class expands in China, and more citizens adopt dogs as pets, many people are less comfortable with the idea of them being cooked up as food. In addition, international pressure has made it a little embarrassing to business and government officials. 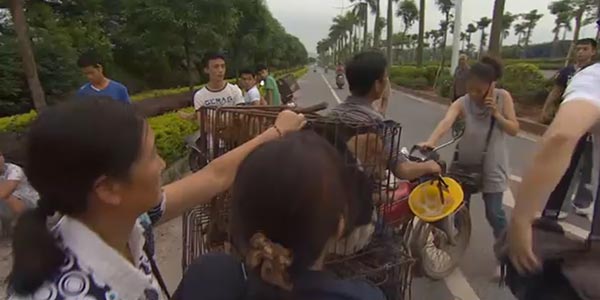 Chinese animal rights activists descended on Yulin before and during the festival, trying to rescue as many dogs as they could. According to some reports, activists were able to purchase as many as 400 dogs, thus saving them from the butcher. In one incident, which became infamous through Chinese and international media, a vendor held a dog aloft by its collar and asked how much activists would pay for him to spare its life. Ultimately, a woman wound up paying the equivalent of $55 to save the dog. Peter Li, an adviser with Humane Society International, said “The threat of the dog trader — ‘If you don’t buy this dog, I’m going to strangle him’ — that galvanized support of activists, but that’s just one factor. The major factor is that more and more people in China believe dogs should not be food.” 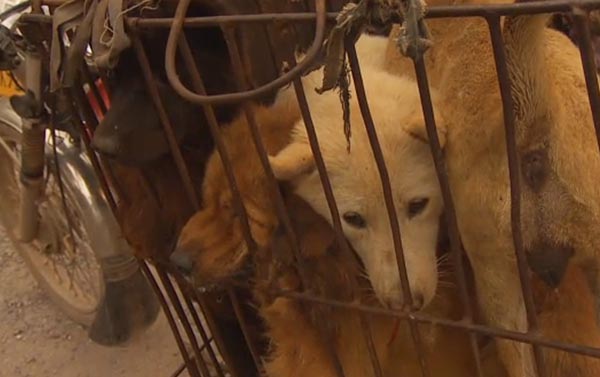 Many more dogs died at the festival than were rescued, but the sales of dog meat were significantly reduced from last year. Seventeen restaurants voluntarily stopped selling dog meat, and four were stopped by the government because of health violations. In the end, sales were about a third of what they were last year.

Here is a link to a CNN video on the issue, but use caution: It contains some disturbing and graphic material.

Via The New York Times and CNN