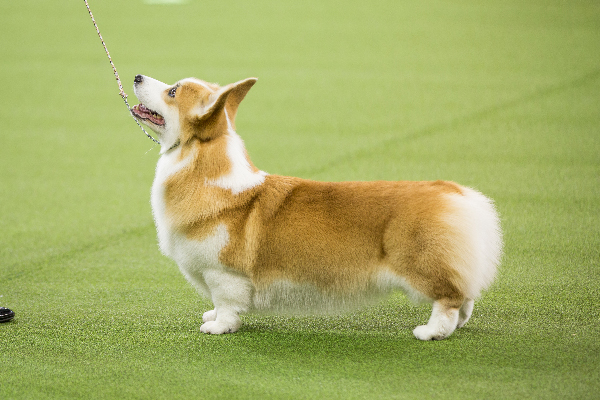 The Look of a Pembroke Welsh Corgi

Pembroke Welsh Corgis are long, low and sturdy. Their fox-like heads have wide and flat skulls, large and pointed ears and shapely muzzles. They have dark, oval eyes that have an intelligent and alert expression. Pembroke Welsh Corgis have long necks, deep chests and short legs. Their soft, straight, weather-resistant coat can come in red, fawn, sable or black & tan. They may also have white markings. Overall, Pembroke Welsh Corgis look sturdy and strong without seeming big-boned and weighty. 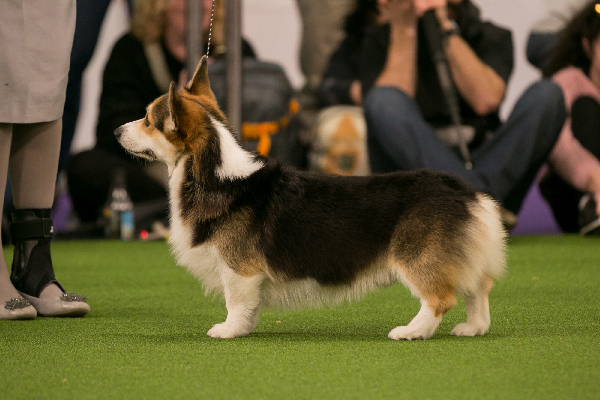 Though Pembroke Welsh Corgis and Cardigan Welsh Corgis have been mistaken for each other over the centuries, they are entirely different breeds and have unique personalities. Pembrokes are bubbly, outgoing and sometimes fidgety. They love to play and run around outside, yet they also have quiet moments where they want to relax indoors. Cardigan Welsh Corgis, on the other hand, tend to be more reserved and standoffish with strangers and other pets. Though less sociable than Pembrokes, Cardigans are still just as loyal and eager to please.

Welsh Corgis are brave and loyal defenders of the home. They also have natural herding instincts that make them naturally protective of children and family members. Some are even known to lightly nip at heels to keep everyone moving in the right direction. In the house, they are quiet, clean and polite; that is, as long as they get enough attention and exercise.

If you work outdoors or have a farm, you could truly benefit from having a Welsh Corgi. For centuries they have been prized for their intelligence, obedience and determination. 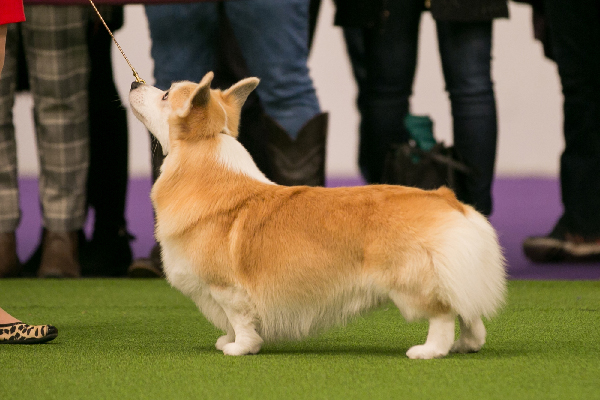 Because of their shape, Welsh Corgis should be handled with care—like dachshunds they need to be held in a supportive, balanced way, if at all. Puppies will need to be taught how to go up and down stairs due to their short legs.

A healthy Pembroke Welsh Corgi can live as long as 15 years. Common health problems include spinal ailments and glaucoma. Welsh Corgis can also become obese if they are overfed: It’s best to feed them smaller portions throughout the day. 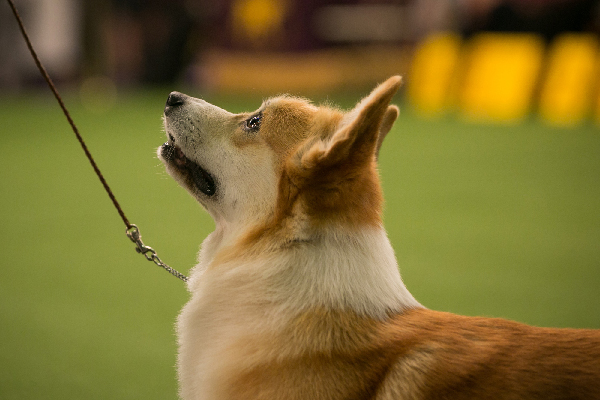 Flemish weavers brought Pembroke Welsh Corgis to Wales in the early 1100s. These weavers eventually became farmers, and these dogs easily adapted to the practice of herding animals and guarding livestock in the Welsh hills and pastures. In the 19th century, Cardigan Welsh Corgis and Pembroke Welsh Corgis were mistakenly crossbred. That practice was stopped in the 20th century, and they are now each considered their own breed.

Get to Know the Pembroke Welsh Corgi: A Foxy Charmer