Next on The Scoop: Great Dane Puppy Pictures: Because We Can

What happens when dog owners don't clean up their pets' poop? Nasty signs fill the sidewalks.

Responsible dog ownership involves always scooping up your furry pal’s poop. This, of course, should be a given — but unfortunately some people just can’t deign to embrace the ol’ plastic bag and deposit their pets’ excrement in a mature manner.

This is especially so in New York City, where certain areas are blighted by sidewalks splattered with poop. So, what should you do when faced with such an antisocial attack on the environment? Why, you take a lead from these plucky citizens and craft your own handmade “don’t poop” sign! Here are six of the best that I’ve seen around Brooklyn. 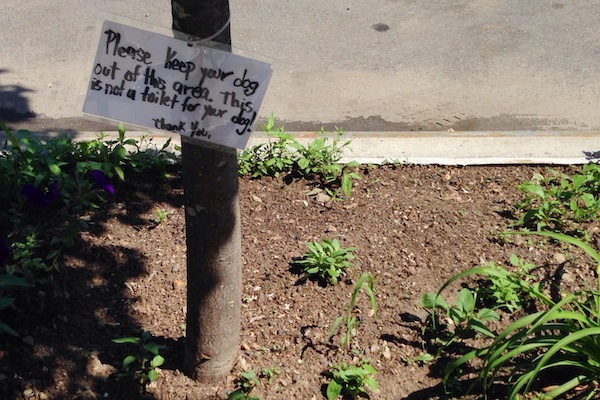 A fantastic lesson in stating the obvious — the use of an exclamation point is a classic passive-aggressive power move. 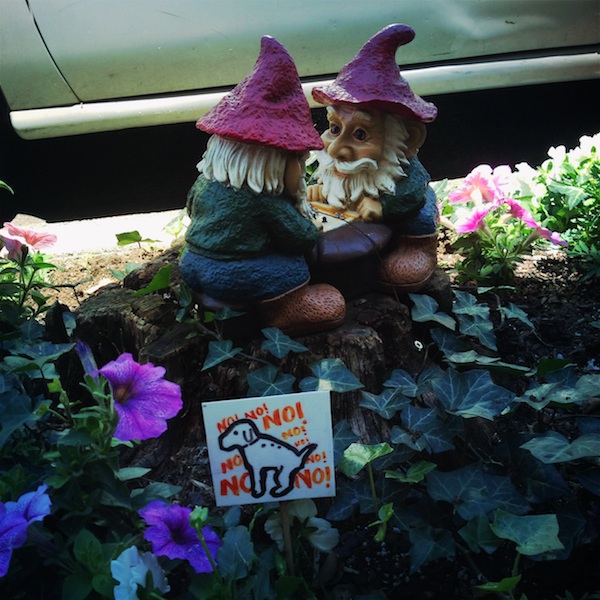 Only the most heartless dog-owner would permit his pooch to poop on a couple of innocent gnomes, right? 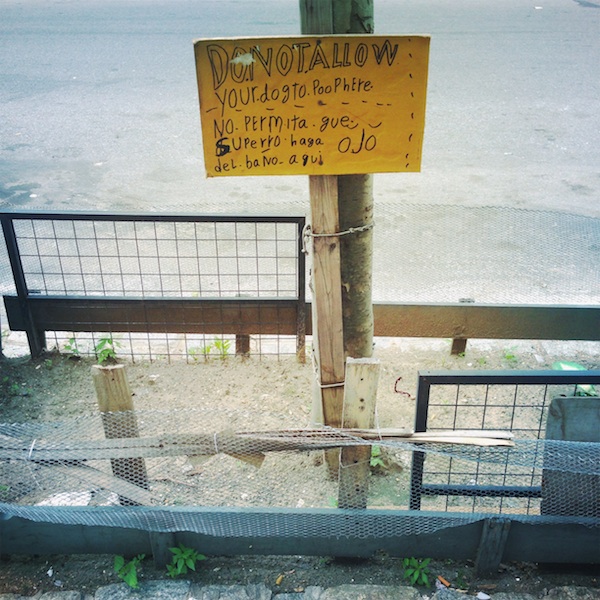 This dual-language sign makes slick use of one of the lesser-known typefaces involved in the Hoefler and Frere-Jones font war. 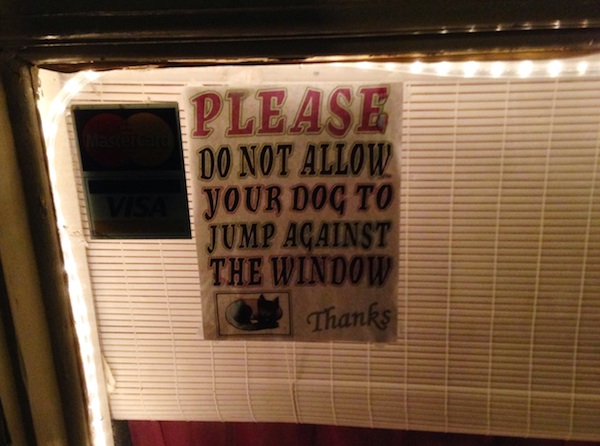 A subspecies of the “don’t poop” sign family, this plea to stop dogs jumping against a window with a presumably sleeping cat in it is a prime case of killing them with kindness. 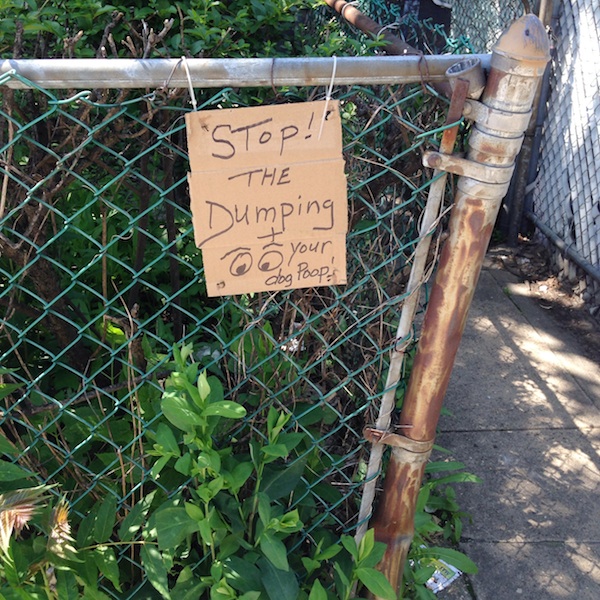 A double-whammy of a handwritten salvo, this cardboard sign begs passersby to not just refrain from letting their dogs poop in the yard but also stop dumping random junk there. The canny cartoon eyes give off the impression that someone is always watching you. 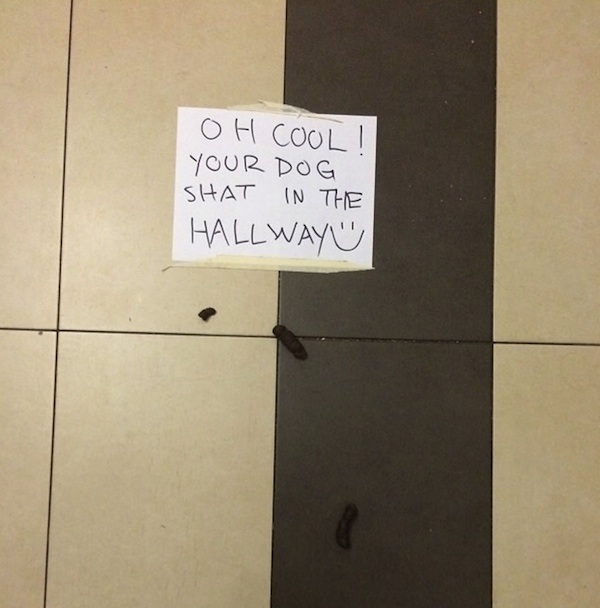 In this post-Girls world of grand entitlement, do not rule out the possibility that it was actually a hipster who deposited these log-shaped communal presents in your building lobby.