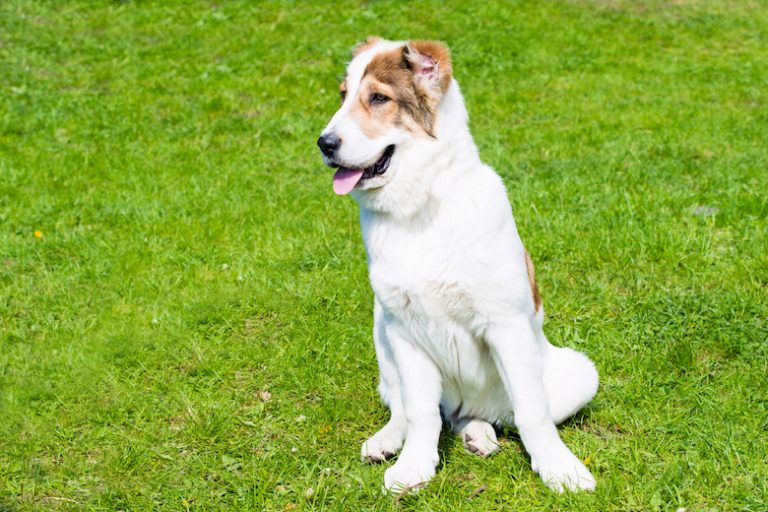 Exercise is important to for these dogs; they are mostly slow walkers, so long walks or hiking are best.

The Look of a Central Asian Ovcharka

This is a rugged dog both in looks and action. His body is slightly longer than he is tall and he has a wide chest and stance.

The Central Asian Ovcharka, has a thick coat that is most often gray and can be very short or medium length. Its limbs are muscular and its back is strong. The Central Asian Ovcharka’s jowls hang down a bit and the head is broad at the top, gently slimming to the muzzle. The breed resembles a Mastiff with fur; the look varies from country to country.

The Central Asian Ovcharka’s tail is sometimes docked and its ears are often cropped, forming a cauliflower shape. These practices are waning, however, as more countries such as France and Australia ban docking and cropping.

Living with a Central Asian Ovcharka is like living with a bodyguard. As a guardian of flocks, the dog’s family becomes his herd and it can be very protective. They are independent and often aloof, but make decent companion dogs because they were raised to be members of whichever clan they were born to.

Exercise is important to for these dogs; they are mostly slow walkers, so long walks or hiking are best. Grooming is minimal.

Owning a Central Asian Shepherd will be a good experience if you establish yourself early on as the leader. Central Asian Ovcharkas need a strong alpha to direct them and keep them out of trouble.

Central Asian Ovcharka tend to be barkers at night, so this may limit your ability to live very close to neighbors. Indeed, they are happiest roaming and guarding so a large, fenced yard, at least, is suggested. This is a calm dog but not always gentle, so interaction with children should be supervised. They should also be supervised with other dogs as they may be naturally dominating.

Some trivia: In their original regions, the Central Asian Ovcharka lives a good two years less because of its rough lifestyle.

This breed was developed to guard flocks and is often still used for this work. They are also, unfortunately, sometimes used in dogfighting.