Next on The Scoop: How Vapor Wake Dogs Could Prevent the Next Mass Tragedy
Dogs in History

The story of how dogs came to be is still something scientists are figuring out, but recent studies are giving us more and more clues on how dogs evolved.

From the tall Great Dane to the tiny Chihuahua, us humans are used to being around dogs of all shapes and sizes. We’re so used to it, in fact, that we forget that humans more-or-less created dogs…. And how we did it is a question that still stumps scientists to this day. So, where do dogs come from? Let’s take a look.

Before we answer the question, “where do dogs come from,” let’s look at what dogs are 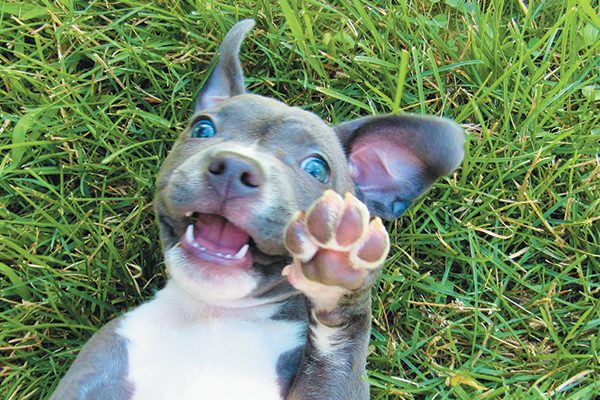 We bet you’ve wondered: “Where do dogs come from, in the first place?” Photography ©Aimes Element | Thinkstock.

While scientists don’t know exactly how and when and where dogs came from, we do know what dogs are. They are the species Canis lupus familiaris, a member or subspecies of the family Canis lupus. Other species in the Canis lupus include wolves, coyotes and dingoes, and they all share a common wolf-like ancestor.

Here is where things get tricky. Scientists aren’t sure exactly where the wolf-like ancestor that formed the modern dog came from. The general consensus is they came from Europe, but there has been recent evidence to suggest that dogs may also have originated in Asia, too. However, scientists largely agree on one thing: Around 9,000 to 34,000 years ago, our human ancestors met our dogs’ wolf-like ancestors, and started a relationship between our species that continues to this day. Even though that wolf-like ancestor is long extinct, its legacy lives on in the dogs we know today.

The evolution of dogs

Scientists are still trying to figure out where our dogs’ wolf-like ancestor originated from (either Europe or Asia, or both), but a recent study shows that all modern dogs might come from 23 ancestral dog clades. Over time, through interbreeding between the groups, dogs developed into the breeds we see today.

Science Magazine reports that, “The clades […] bring together dogs with similar traits: Thus, Boxers, Bulldogs, and Boston Terriers — all bred for strength — fall into one clade; whereas herders like Sheepdogs, Corgis and Collies fall into another; and hunters like Retrievers, Spaniels and Setters fall into a third.” Later on, the piece adds, “The data [shows] how some breeds helped create others, as they share DNA with multiple clades.”

In conclusion, according to Science Magazine, “The grouping of different breeds that share particular jobs suggests that ancient breeders likely bred dogs for specific purposes, choosing to care for those that were best at guarding or herding. Then, in the past 200 years, people subdivided those larger groups into breeds.”

What breeds were ancient dogs? 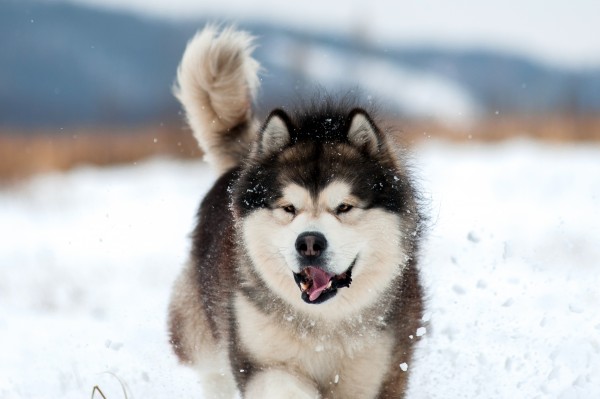 The Alaskan Malamute is an ancient dog breed. Photography by Darina Matasova/Shutterstock.

So, what were the first dog breeds? Research varies, according to the Dogster article, Extinct, Primitive or Ancient: Which Are the Oldest Dog Breeds? The general consensus is that the following are the most ancient dog breeds:

The most popular dog breeds today

While there are no official stats from other countries, in 2014, an app called Klooff did a survey of the top dogs around the world, based on posts from their users. They created an infographic, which Business Insider reported on.

No matter where dogs come from, they’re a unique species

Dogs are a unique species, and the traits that make them unique may be the direct result of their relationship with humans. It cannot be overstated how much mankind’s influence shaped the dogs we know and love today, and made them so different from other canines and other animals.

Here are the many ways dogs are unique:

Earlier, I said that we created dogs, which is an oversimplification of a complex process that scientists are still trying to figure out. Without a doubt though, we had an impact on where dogs came from and their evolution through a process called domestication. The theory is that a group of friendly wolves started interacting with our ancestors — though whether those ancestors were hunter-gatherers or the first agrarian people is still up for debate.

Either way, these wolves self-domesticated themselves by starting to interact with us and then we did the rest by breeding for the traits we liked best. That produced various breeds of dogs, some that still exist today largely unchanged, some that went extinct and some that we started to domesticate but didn’t fully complete the process, for example, dingoes. (More on dingoes later.) We’re still creating new breeds of dogs even to this day — in fact, four new breeds were just recognized by the American Kennel Club (AKC).

It’s sometimes hard to believe that all the dogs we know and love today came from one or two populations of friendly wolves. But what made the wolf-like ancestor of our dogs so friendly to us? A recent study suggests that they might have had a variant in their genome that causes Williams-Beuren Syndrome (WBS) in humans.

WBS in people makes them hypersociable — for example, they are extremely friendly, outgoing and trusting. In dogs, this genetic variation might have led to the behaviors we associate with dogs today: overall friendliness, the way they love to interact with us and the fact that they make eye contact with us.

Humans are somewhat unique in that we use facial expressions to communicate, along with language. Most animals don’t, and any expressions they make are involuntary and inactive means of communication.

Except for dogs, of course, according to a recent study. Dogs actively use facial expressions to communicate with us, too. In a press release, lead researcher Dr. Juliane Kaminski of the University of Portsmouth says, “The findings appear to support evidence [that] dogs are sensitive to humans’ attentions and that expressions are potentially active attempts to communicate, not simple emotional displays.”

No other canine likes making eye contact with us quite like dogs. And dogs do it to the extreme: Not only do they look to us for directions and information, but they also seem to just like staring into our eyes. This is another aspect of the gene variant that causes WBS in humans that was found in dogs. In fact, dogs evolving to regularly make eye contact with us may provide the most clues on how we domesticated dogs.

Can dingoes provide more clues to the question, “where do dogs come from?”

How and when we domesticated dogs is still largely unknown, but a recent study of dingoes might provide some more insight. As mentioned above, dingoes are a species of canine we started to domesticate, but when they were introduced to Australia, domestication stopped.

However, because ancient humans started to domesticate dingoes, it gives us a snapshot into the early domestication of dogs, according to Angie Johnston, Ph.D. student in Psychology at Yale University and lead researcher of the study, “Uncovering the origins of dog —human eye contact: dingoes establish eye contact more than wolves, but less than dogs.” The study revealed that dingoes do something that wolves don’t really do and dogs do all the time: Make eye contact.

According to the researchers, these findings suggest that dogs may have developed the motivation to make eye contact with people early in their domestication, but only developed the desire to maintain this contact later in their evolution.

“It might have been beneficial for the wolf-like ancestor of dogs and dingoes to make eye contact with humans in order to get food or similar,” Dr. Johnston says. Whatever the reason, this made such an impact on dog evolution that dingoes haven’t stopped making eye contact with humans, even after thousands of years as wild dogs. Because of that, dingoes might be the missing link in how wolves became dogs.

“Dingoes represent the kind of intermediate point of domestication,” Dr. Johnston says. “By comparing dogs and dingoes, it shows us what might have been influencing the changes we see over domestication.”

Read more about dogs in history on Dogster.com:

Posted in Dogs in History,

6 comments on “Where Do Dogs Come From?”