Next on The Scoop: Dog Scooting: Why It Happens and When to See a Vet 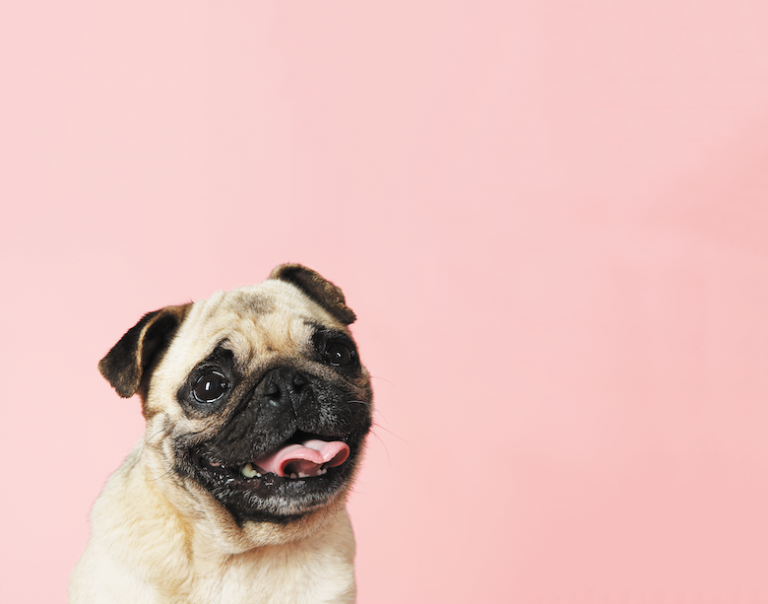 If you happen to be relaxing on the couch, your Pug will rest happily join you

With his sturdy body, compact size, sweet nature and expressive face, the Pug has captivated dog lovers around the world. Here are eight fun facts about this delightful breed.

The Pug hails from China and dates back to the pre-Christian era. They were highly prized by Chinese emperors, and the royal dogs were pampered and guarded by soldiers. Dutch traders brought Pugs from the East to Holland and to England. Their popularity flourished in the European Courts. The breed reportedly became the official dog of the House of Orange in 1572 after a Pug named Pompey saved the life of the Prince of Orange by alerting him to the approach of assassins. A Pug accompanied William III and Mary II when they left the Netherlands to accept the throne of England in 1688. Pugs were painted by Goya in Spain, and in Italy they rode up front on private carriages, dressed in jackets and pantaloons that matched those of the coachman. Before her marriage to Napoleon Bonaparte, Josephine had her Pug, Fortune, carry concealed messages to her family while she was confined at Les Carmes prison. In the 19th century, the breed enjoyed the patronage of Queen Victoria, who bred Pugs. Her passion for the breed was passed on to other members of the royal family, including her grandson King George V and his son King Edward VIII. Pugs arrived in the United States during the 19th century, and the breed was recognized by the American Kennel Club (AKC) in 1885.

Unlike those finicky dogs who must carefully examine each morsel in their bowl, Pugs love food. Photo: Bigandt_Photography | Getty Images

The Pug is the only breed whose AKC standard uses a Latin phrase to describe him. Multum in parvo translates as “much in little” or “a lot of dog in a small space,” referring to the Pug’s charming and remarkable personality despite his diminutive size. This is the quintessential big dog in a small package.

Some breeds were developed to hunt, others to herd and still others to guard. The Pug’s only job throughout history has been to adore and entertain his people, who love and adore him in return. Pugs thrive on human companionship and want and need to be with you. They are intuitive and sensitive to the moods of their owners and are usually keen to please them. Yet they have a definite stubborn streak, too! Obedient and ever cooperative they are not. A sense of humor is a requirement for anyone considering sharing her life with a Pug.

Although the breed standard describes the Pug’s coat as “fine, smooth, soft, short and glossy,” Pugs shed a lot, and year-round. Because of the excessive hair and dander, they are not a good choice for people with allergies. Pugs also need daily care to keep their facial folds clean and healthy. The Pug’s face and nose should be cleaned with a light oil such as baby oil; don’t use water in the folds, as it may cause fungus. On the plus side, the Pug’s coat is very short and easy to keep clean and free of debris.

The Pug’s only job throughout history has been to adore and entertain his people, who love and adore him in return. Photo: nimis69 | Getty Images

The Pug comes in two colors approved by the AKC breed standard: fawn and black. Fawn comes in several shades, from a light silvery fawn to a deep peach or apricot, all with black masks and ears. Beware of those advertising Pugs in “rare, exotic colors” like blue or brindle, at inflated prices. These colors are “rare” for a reason, as they may bring with them unwelcome health problems along with questionable parentage. Responsible breeders strive to produce healthy, sound dogs in the two acceptable colors.

Unlike those finicky dogs who must carefully examine each morsel in their bowl, Pugs love food! Because many owners cannot walk past their Pugs’ pleading, imploring stare without offering them a tidbit, obesity is all too common in the breed. Even young Pugs can get so obese they cannot walk. Allowing a Pug to get overweight shortens and reduces the quality of his life. It will break down his joints and reduce his breathing and heart function. As a responsible Pug owner, know that love does not equal food.

Although the Pug must compete against glamorous long-haired dogs like Pekingese, Shih Tzu, Yorkshire Terriers and Poodles in the Toy Group, the breed does well in the show ring and has claimed top honors at some of dogdom’s most prestigious events. In 1981 the great Champion Dhandy’s Favorite Woodchuck went Best in Show at the famous Westminster Kennel Club in New York. At the 2004 World Dog Show held in Rio de Janeiro, Brazil, a Pug named Champion Double D Cinoblu’s Masterpiece strutted off with Best in Show.

Pugs in the media

Read Next: What Are the Best Farm Dogs?