Next on The Scoop: Answering Questions About Pano in Dogs (Also Known as Panosteitis)
Adoption 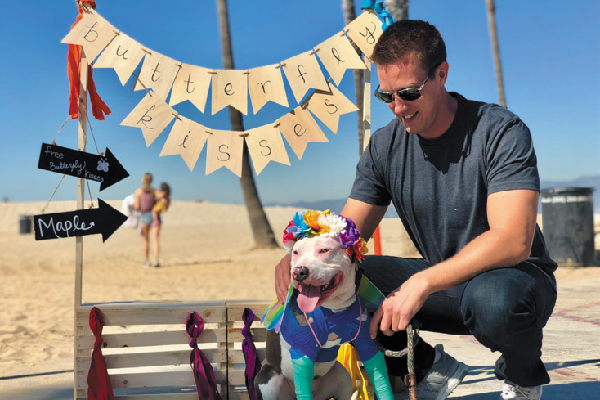 Find out how Rocky Kanaka’s 'Dog's Day Out' uses a unique angle to help dogs with less-than-happy pasts find their happy endings.

As a mama to two abandoned and neglected pets, I love organizations that help animals with less-than-happy pasts and work to get them adopted! Enter Rocky Kanaka’s Dog’s Day Out, a video series that uses a unique angle to get homeless dogs adopted.

What is Dog’s Day Out? 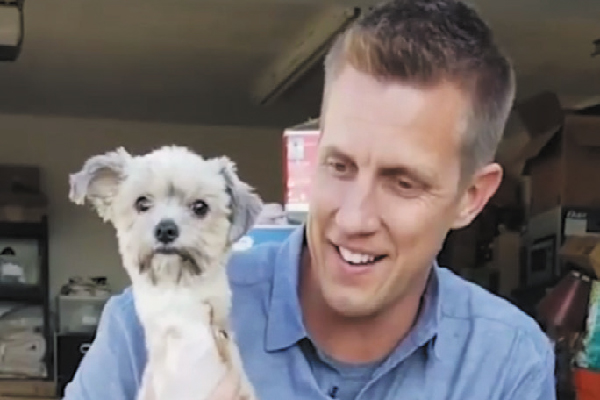 “What’s different about this show versus other shows is it focuses on dogs living in the moment by giving them the best day they’ve ever had,” Rocky says. “Dogs can teach us so much, but one of the most powerful things they teach us is how to live in the moment.”

Dog’s Day Out: The story of Maple the Pit Bull

Take Maple the Pit Bull, found under an overpass in serious pain from her severe injuries. Maple slowly gained confidence when wrapped — which includes wearing costumes like a butterfly or bumblebee.

For Dog’s Day Out Season 1, Episode 2, Rocky gave Maple a day full of pampering, a photo shoot and special treats. But the best part of Maple’s episode was her Butterfly Kisses booth, where humans on the boardwalk were able to come up and meet Maple … and, of course, receive tons of doggie (or “butterfly” if you go by Maple’s outfit!) kisses.

So, is Dog’s Day Out a success?

“I have been overwhelmed by the amount of people commenting, sharing and reaching out to me to help,” Rocky tells us. “In Episode 1, Noel, the little terrier who had to have her two front legs amputated, was not only adopted, but her rescue group, Marley’s Mutts, was flooded with amazing people asking how they could get involved. Maple, the Pit Bull puppy from Episode 2, needs a couple of weeks to finish healing and to get spayed. Since the video went live, there have been hundreds, if not thousands of people asking to be considered for her adoption.”

Rocky adds that there are millions of amazing pets available in shelters across the country whose stories have not yet been told. Head to rockykanaka.com to support this cause and watch episodes of Dog’s Day Out.