Next on The Scoop: 10 New Year’s Resolutions These Dogs Have Already Broken

Tula the Shih Tzu is home for the holidays, even if she's a little late.

Just in time for the holidays, Jessica Namath got a great present: the return of Tula, her Shih Tzu dog that disappeared over five years ago.

Namath is the daughter of the legendary New York Jets quarterback Joe Namath. As a sign of just how famous her father is, consider this: I’ve heard of him. One of several ways in which my Manliness gene is a dud is my complete lack of interest in professional sports. If there is ever a revolution where the key to not being put up against the wall and shot is the ability to name three or more current sports stars, I’m dead meat. But I still know who Joe Namath is, and it’s not even because of any sex, drug, or dog-fighting scandals.

Despite all that, the story of Jessica Namath’s reunion with her beloved dog isn’t really an argument in favor of having a mega-famous father so much as it is a reminder that you should get your dog microchipped.

If your dog doesn’t have a microchip, take your time and reread those last six words until they sear themselves into your cerebral cortex.

Tula wandered away from Namath’s home in Jupiter, Florida, five years ago. Jessica Namath and her father did everything they could to find the the dog: they went door-to-door, posted on Craigslist and the newspaper, offered a $2,000 reward for Tula’s return, and even consulted a self-proclaimed “psychic.” (My loathing for these frauds who exploit the grief of others could be a piece in itself.) Neither the Namath name nor the money turned up any sign of Tula. They gave her up as lost. 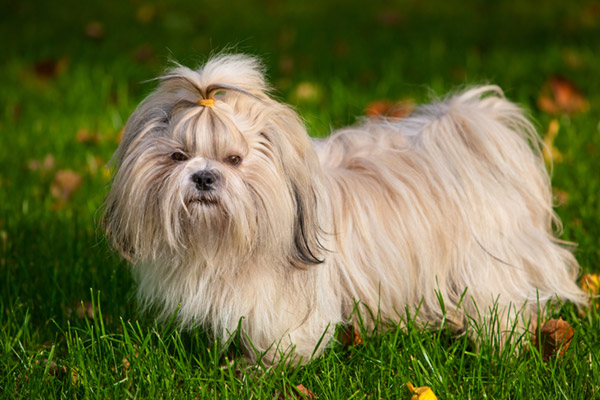 But last Wednesday, Jessica Namath got a phone call from Michael Cecere, who had found Tula in St. Petersburg, 200 miles away from Jupiter. She was lost, alone, and scared. Cecere took her to a pet hospital, where they scanned her chip and found who she belonged to.

“It was the last phone call I was expecting to get,” she said. “I said, ‘Where can I meet you? Where is she? How is she? Is everything okay?'”

Even with the chip, it wasn’t easy to contact Namath. The phone number in the database was outdated and had no forwarding address. Cecere managed to track down Jessica using Facebook, and the rest is history.

Where was Tula for those five years? It turns out that a family found her, and took her along when they moved to Tampa. They never took her to the vet, so the chip was never scanned until Cecere found her last week.

In the time since Tula wandered away from her home, Jessica Namath has had a daughter, Jemma, who’s just now being introduced to a long-lost family member.

Naturally, a chip won’t do anything if it’s not scanned, or if the people who find your lost pet don’t care to return her. But when people are willing to do the right thing, a chip can reunite owners and dogs even better than a famous name or large rewards. Our congratulations to Jessica, Jemma, and Tula.