Next on The Scoop: DIY Dog Care: How to Give Your Dog an At-Home Spa Day

What Is Your Dog Telling You by Tail-Wagging? A New Study Says It Depends

Researchers say dogs have "left-brain" and "right-brain" responses to directions of the wag.

Is there anything more satisfying and heartwarming than seeing your four-legged friend wagging his tail enthusiastically when you come in the door? If a team of Italian researchers are right, dogs might be saying a lot more than “Happy, happy, happy!” with that wag.

Researchers measured the heart rates and behavior patterns of 43 different dogs to test how they responded to a videotaped image of a dog wagging his or her tail, according to a report in the Los Angeles Times. What they found is that the test subjects responded differently depending on whether the image wagged toward the left, or toward the right. If it was wagging toward the right, the subjects were in doggie heaven, or at least calm and relaxed. But when the image wagged toward the left side, the subjects started to show signs of tension and anxiety, and their heart rates increased. 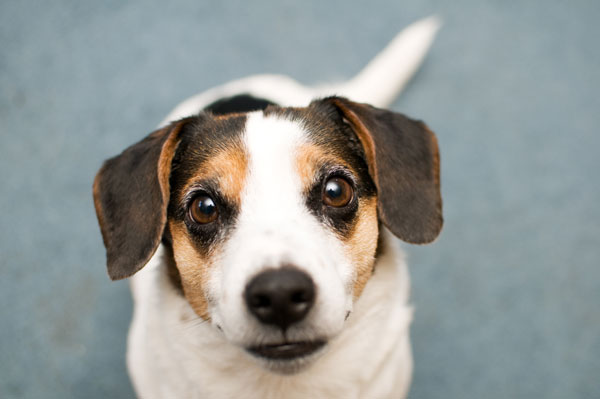 Giorgio Vallortigara, a professor of neuroscience who led the project, said that the results showed that dogs’ brains have hemispheric specialization. That’s what people are talking about when they say that someone who’s very logical is “right-brained” and a creative person is “left-brained.” That example is so massively oversimplified that most credible neurologists would sprain their optic nerves rolling their eyes at it, but it summarizes the phenomenon that Vallortigara and his colleagues are studying.

The left and right hemispheres of the brain control motion on the opposite sides of the body: If a dog is wagging to the left, it’s using the right side of its brain, which tends to favor negative, anxious responses, like the fight-or-flight impulse. In contrast, wagging the tail to the right means that the left side of the brain, more associated with sociable, friendly responses, is more dominant at the time, according to the Times story. 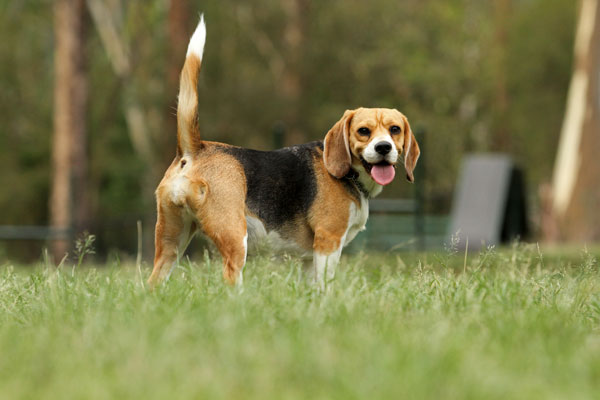 That, at least, is how the authors of the study interpret the data from their subjects. Other researchers have done similar studies on tail-wagging patterns and gotten completely different results. The authors reference one such study which used a life-size robotic dog instead of a video projection, but dismiss the findings.

“It might well be that dogs simply did not perceive robotic tail movements as biologically convincing movements,” their report says.

That’s entirely possible, although robotic motion has gotten pretty convincing in the last few decades. I remember finding Disneyland’s Abraham Lincoln very lifelike when I was a kid, and that was when people still thought disco was cool. (Disco has had a renaissance in certain quarters during the last few years, so maybe it’s more accurate to note that this is the first time disco was cool.) So, if I were a dog, I’m not sure which I’d prefer: a three-dimensional robot, or two-dimensional video.

However, Vallortigara and company do have some experience with tail-wagging science. In 2011, they tested how dogs wagged when faced with their owners, a more dominant dog that they didn’t know, a cat, and a strange human. Owners tended to get the right-hand wag; dominant dogs got the left-hand wag.

Where does all this leave us? With a lot of interesting science that deserves further investigation. After all, the most recent study looked at 43 dogs. That’s a decent sample, but hardly definitive in building a vocabulary of tail wags. In the meantime, keep an eye on which way your furry companion’s tail is twitching when you come in the door.

Via The Los Angeles Times

One comment on “What Is Your Dog Telling You by Tail-Wagging? A New Study Says It Depends”