Next on The Scoop: Meet the 57 Dogs Rescued From a Dog Meat Farm in South Korea

A proposed law in British Columbia will create standardized IDs to make it harder to pass off the family pet as a service dog.

British Columbia is considering a bill that would reform the laws governing service animals, including an attempt to address the problem of fake service dogs by creating a licensing system. Bill Thornton, CEO of BC and Alberta Guide Dogs, told the CBC, “It’ll be a bit like a service dog driving license if you like.”

If it passes, the Guide Dog and Service Dog Act will make a number of changes, including standardizing training guidelines and clarifying laws requiring landlords to allow service dogs. However, the issue of combatting fake service dogs has been getting a lot of attention because it’s such a persistent problem. 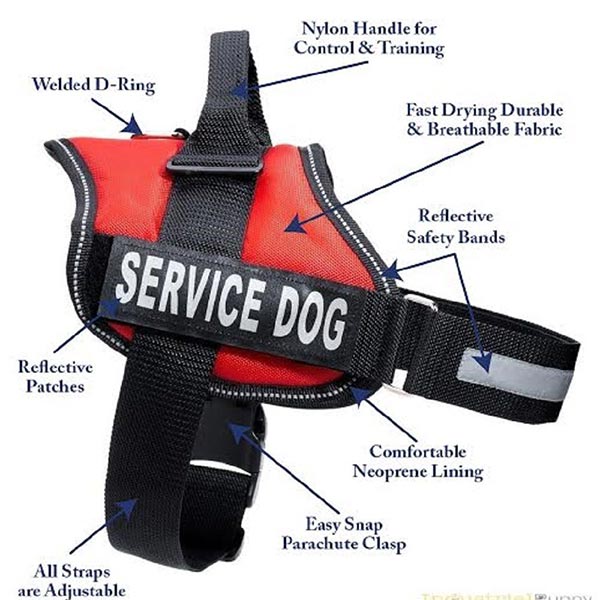 People trying to pass off their pets as service animals is a huge problem both in Canada and the United States, and it’s not hard to do. There’s a thriving market on eBay for service dog vests, patches, and ID cards, and few ways to verify that any given “service animal” is genuine. The fake service dog scam has become more popular among people who want to bring their dogs into public places like restaurants or stores. However, not only is it dishonest, but it causes problems for genuinely disabled people with real service dogs. After a business owner has had to deal with several badly behaved fakes, they may be hostile when someone brings a real one in. Under the Act, service animals would wear visible identification that allows the public and business owners to clearly see that a service animal has been officially certified.

“Guide dogs often provide more than just a service to people with disabilities — in many cases, they are family,” said Minister of Social Development Michelle Sitwell at a press conference. “With these changes, we can make sure that a fully certified dog will be appropriately recognized and won’t result in someone with a disability being turned away from a service.”

“It is an awkward circumstance for someone to challenge someone who purports to have a disability and they’ve got a jacket on the dog,” Thornton told the CBC. 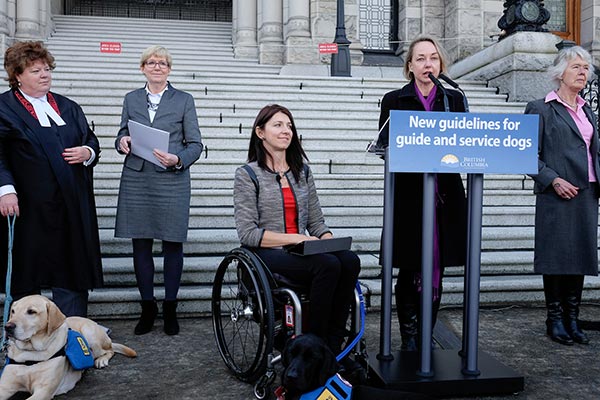 The United States might want to keep an eye on this law if it passes and on how well it works in implementation. One of the reasons it’s so easy to pass off a fake is that the laws are so ambiguous and the public at large knows very little about the roles of service animals. The Americans with Disabilities Act very specifically limits the ability to ask about a service animal’s qualifications:

When it is not obvious what service an animal provides, only limited inquiries are allowed. Staff may ask two questions: (1) is the dog a service animal required because of a disability, and (2) what work or task has the dog been trained to perform. Staff cannot ask about the person’s disability, require medical documentation, require a special identification card or training documentation for the dog, or ask that the dog demonstrate its ability to perform the work or task.

Some of this is good; it prevents harassment and discrimination against disabled people, but the lack of ID or documentation also makes it very easy to pass off the family pet as a service dog. Hopefully, Canada’s attempt to address that will pay off.