Next on The Scoop: Dog Walking to Podcasting
puppy training 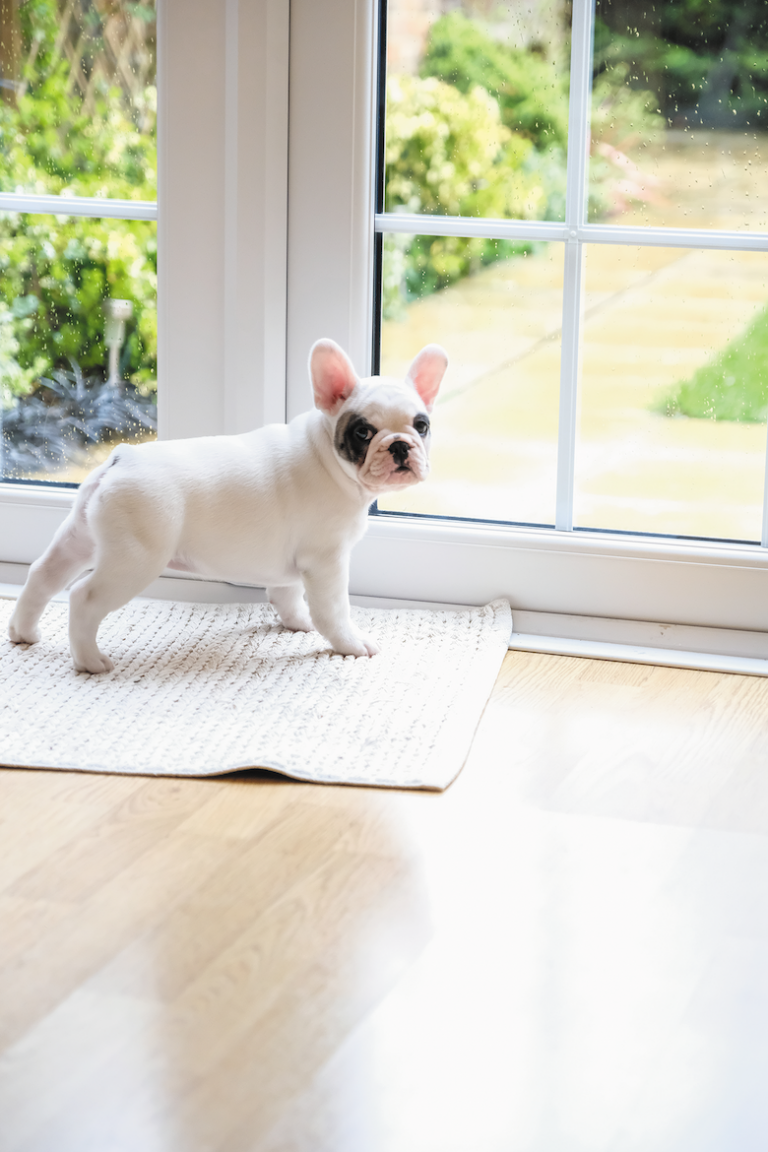 In just five steps, you can teach your pup to do his business outside, along with some time and patience.

Some puppies are easy to potty train. Others can pose a bit of a challenge. No matter what your dog’s personality, the key to successful potty training is knowledge and consistency.

Related: A Solid Feeding Schedule Will Help With Potty Training

Canines of all species are naturally inclined to avoid going to the bathroom in their “den.” In the case of domestic dogs, they can learn to see your entire house as that den. It’s not hard to help a puppy make that connection if you are diligent and persistent. The trick is to create a habit where the only place your puppy eliminates is outdoors.

Here is a step-by-step approach to teaching your puppy not to potty inside the house:

Before bringing your puppy home, designate a place in your yard where you want him to go potty. A back lawn is a good spot, because dogs love to go to the bathroom in grass. If you live in an apartment or condo and don’t have a yard with live grass, try a patch of artificial turf as your designated potty spot. Pet product manufacturers make artificial grass just for this purpose.

Help your puppy learn to potty outdoors by praising him whenever he goes outside the house. Take him outside on a leash, and when he squats to urinate, say “Good dog,” in a calm but happy voice. You can also start teaching him to potty on command from Day One. When you see him start to go, say “Go potty!” Pretty soon, he will learn that “Go potty!” means he needs to do his business.

DON’T EVER punish your dog for going to the bathroom in the house. Smacking him with a rolled-up magazine, rubbing his nose in the mess or other harsh tactics are cruel and outdated. Photo: damedeeso | Getty Images

Because young puppies’ brains and bodies are still developing, you can’t expect them to hold their pee and poo for very long. Puppies ranging from 8 to 16 weeks or more, depend ing on the puppy, will need frequent opportunities to go outside — maybe as often as every two hours, and certainly right after they eat. In between visits to the outdoors, keep your puppy in a crate that’s big enough for him to stand up and turn around in, but not much larger. The puppy will see the crate as his den, and will avoid pottying inside it. This is how he will learn to control when and where he goes to the bathroom. (In situations where your puppy has to stay indoors for more than a few hours, set up a small exercise pen lined with puppy pads where he can eliminate if he can’t hold it until you can let him out.)

When you want to give your puppy a break from the crate, spend that time outside. If you want to play with him in the house, first make sure he has just relieved himself outside.

Once your puppy is a bit older and can hold it for longer, give him some supervised freedom in the house. Continue to take him outside to potty right after meals, every few hours and right before bedtime. Keep a close eye on him when he’s not confined, and stop him with a loud “No!” if you see him start to relieve himself in the house. Immediately take him outside and praise him when he finishes his business in the yard.

If you catch him in the act indoors more than once, or find accidents he’s left behind, you are giving him too much freedom, too soon. Go back to confining him in his crate in between potty breaks, or set up an exercise pen with pee pads where his freedom indoors will be limited.

Once your puppy is reliably potty trained, he will likely figure out his own way to let you know he needs to go out. But if you want to teach him to ring a bell on the door as a signal, start by hanging a bell from the doorknob and putting a little peanut butter on it (make sure it does not have xylitol in it). When your dog unintentionally rings the bell while trying to get at the peanut butter, say “Bell!” and give him a treat.

Do this over and over until he makes the association to the word “bell.” You’ll know he’s figured it out when you say “Bell!” and he touches the bell with his nose without the use of peanut butter.

Once he’s got this down, next time you say “Bell!” and he touches the bell with his nose, say “Yes!” Then, open the door to let him out. Do this over and over, and he will eventually learn to ring the bell whenever he wants to go outside. Want to try it? There are a variety of potty bells available both online and in pet stores.

Are you a hi-tech type of person? Then try a wireless product like the Paws2Go Wireless Dog Doorbell. You just teach your dog to touch the square doorbell — much like teaching your dog to ring the bell — and your voice (from a pre-recorded message) comes out alerting you that your dog needs to go out. Plus, it also lights up and notifies you through an app on your smartphone.

Read Next: How to Survive a Puppy