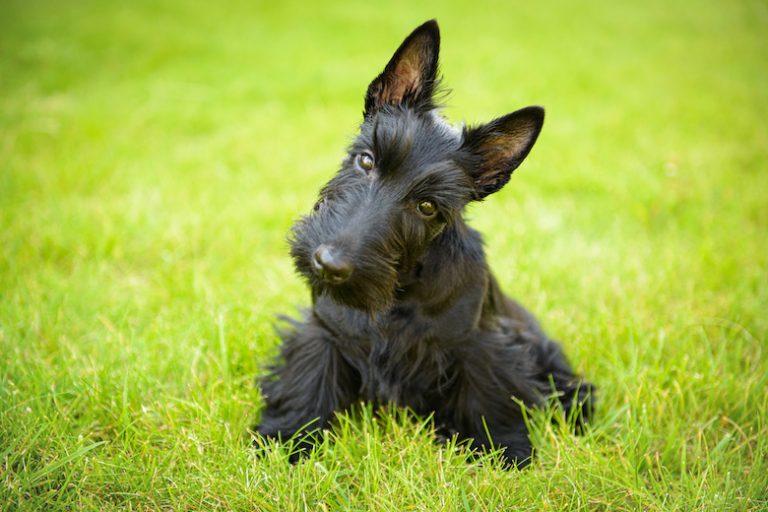 The Look of a Scottish Terrier

Sporty and playful, Scottish Terriers bring a high-spirited energy to any household. Perfectly at home in apartments, houses or grand estates, Scotties have a distinctive charm that can be both amusing and bewildering at the same time. They are a proud breed, full of happiness, dignity and toughness. Most of all, they love companionship—give your Scottie plenty of that, and it will be your ever-loving pal.

Don’t be fooled by their size: Scotties make terrific watchdogs. In fact, you’d be hard pressed to find a more formidable little scrapper. Protective and fearless when their environments are threatened, they also know when to show restraint. They are somewhat reserved with people outside the family circle—some might even call them aloof—but as long as they are properly introduced to new friends they will be perfectly charming.

Scotties need exercise, attention and activity to stay physically and mentally sharp. If you leave them in the back yard for hours at a time, you’re asking for trouble: Scottish Terriers love to dig. And when they’re bored, they can get up to all sorts of other mischief. Make sure your Scottie gets plenty of walks, including special times off the leash in a controlled environment.

A healthy Scottish Terrier can live as long as 15 years. Common health issues include epilepsy and von Willebrand disease (a prolonged bleeding disorder). They are also susceptible to something called “Scottie Cramp,” when the muscles randomly lock up. This usually occurs during exercise and can last for a few minutes.

Scotties need to be brushed regularly. During shedding seasons, they should be brushed daily (at least). Scottish Terriers need to be professionally groomed several times a year.

Bred long and low to follow foxes, rabbits and badgers into their dens, the Scottish Terrier either dates from the 19th century or the 15th century depending on who’s doing the talking. For many years, various terriers including the Skye and Yorkshire were lumped into the “Scottish Terrier” category, angering some purists. To set matters straight, the Scottish Terrier Clubs of England and Scotland were formed in the early 1880s. Today, the Scottish Terrier—along with the West Highland—are considered the oldest of the Highland Terriers.