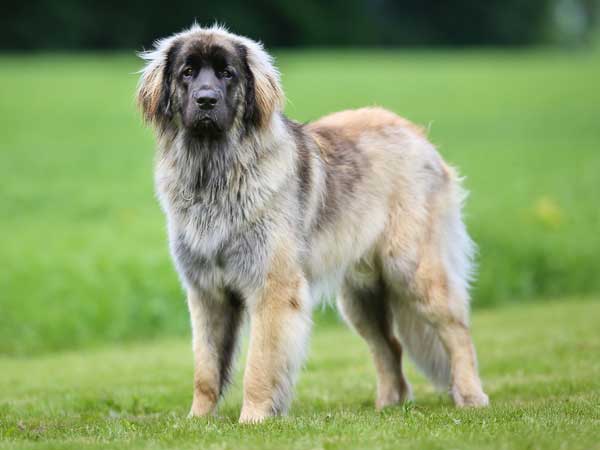 The Look of a Leonberger

Leonbergers love everybody, and everybody loves them. Gentle, calm and friendly, these gentle giants are extremely loyal and dependable around the house. Leonbergers have a keen intelligence, a remarkable patience and incredible agility for their size.

Leonbergers are social creatures: Make sure they get plenty of attention or they will become listless and bored. They like to be involved in family occasions, and they can be very sensitive to moods. The Leonberger may even become agitated during family quarrels. If you can make space in your home for a Leonberger, you’ll have a friend for life.

Leonbergers can live as long as 10 years. Common health issues include hip dysplasia, joint diseases and entropion (inverted eyelids). Like some other large breeds, they are prone to bloat. Feeding them smaller meals throughout the day will help.

Too big for apartment living, the Leonberger needs elbowroom and cool climates. However, they don’t need tons of exercise: A nice, daily walk will keep them mentally and physically fit. This is an indoor dog, so make some room on the couch!

By crossing several large breeds (like the Saint Bernard and the Newfoundland), a 19th-century German breeder named Heinrich Essig wanted to create a unique dog to promote his hometown of Leonberg. These big, beautiful canines became known as Leonbergers, and they became instantly popular with European and Russian royals.