Next on The Scoop: Dennis the Miniature Dachshund Loses 75 Percent of His Body Weight

Smiley, a Therapy Dog With No Eyes, Will Make Your Day

The Golden Retriever has been on the job for seven years, changing the lives of seniors and special-needs kids alike.

Smiley is such a good therapy dog that just by looking at pictures of him, you’ll get happy. You’ll get smiley, too. That’s going to happen in just a moment, but first let us tell you about this wonderful 12-year-old Golden Retriever from Stouffville, Canada, because his story is just as inspiring as that ridiculous face.

Joanne George rescued Smiley from a puppy mill at age two, nearly a decade ago. He was born with dwarfism and no eyes. Almost from the start, George knew she had to get Smiley in front of people who needed a pick-me-up.

“People were so drawn to him, so inspired by him.” George told CBS News. “I realized this dog has to be a therapy dog — I have to share him.”

So she did. And Smiley was soon a certified therapy dog with the St. John Ambulance Therapy Dog program, visiting elderly patients at retirement homes and nursing homes, and hanging with special needs kids at a library reading program. He’s been hard at work for the past seven years, and has formed an amazing bond with George.

“He came on my first date with me. He was my ring bearer at my wedding. Then I was pregnant,” George told CBS News. “He’s changed my life.”

Now take a look at this amazing dog: 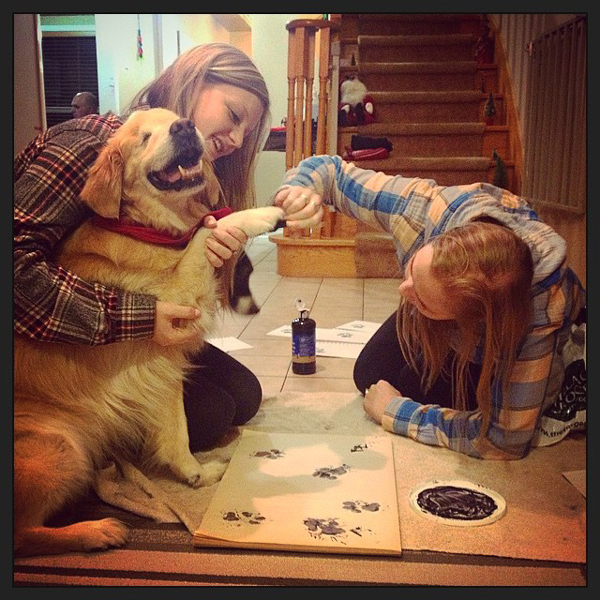 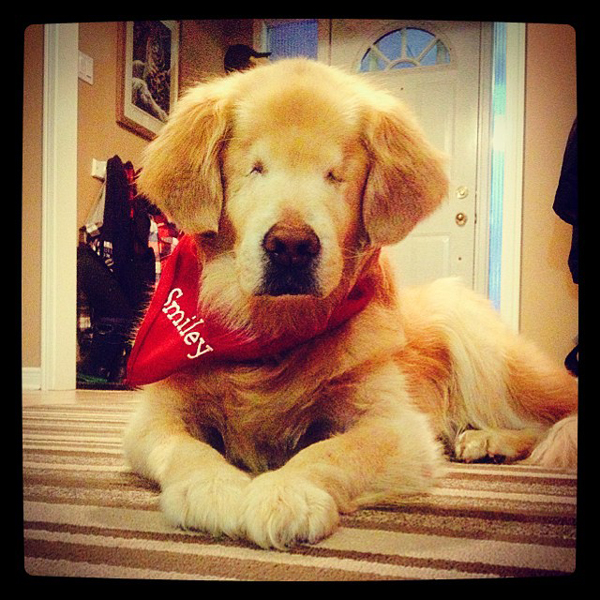 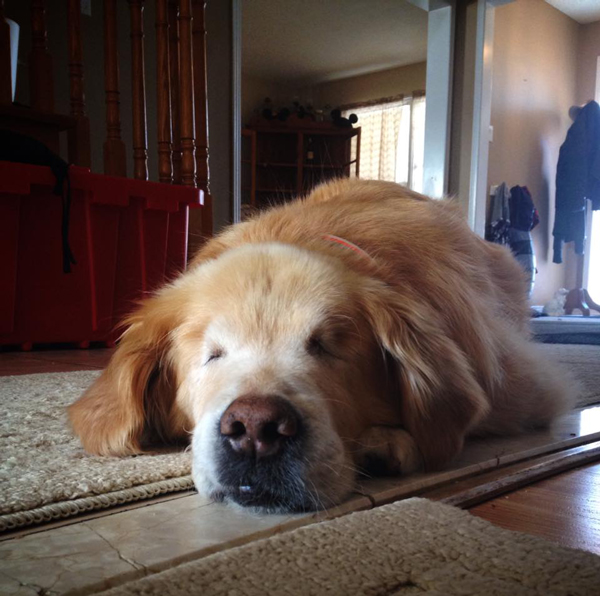 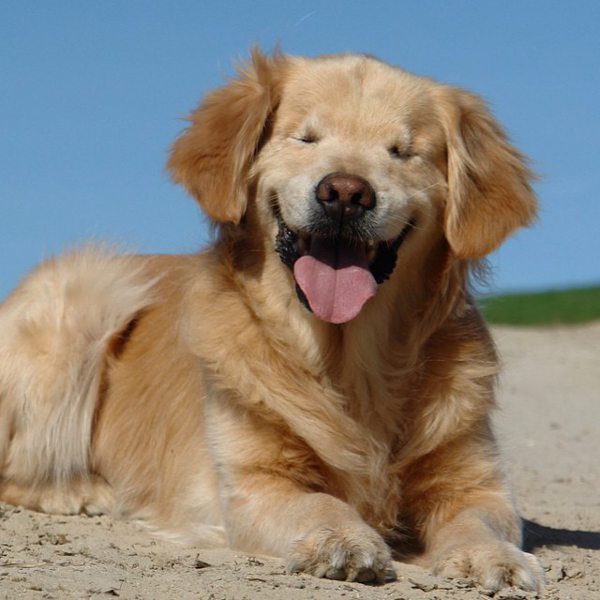 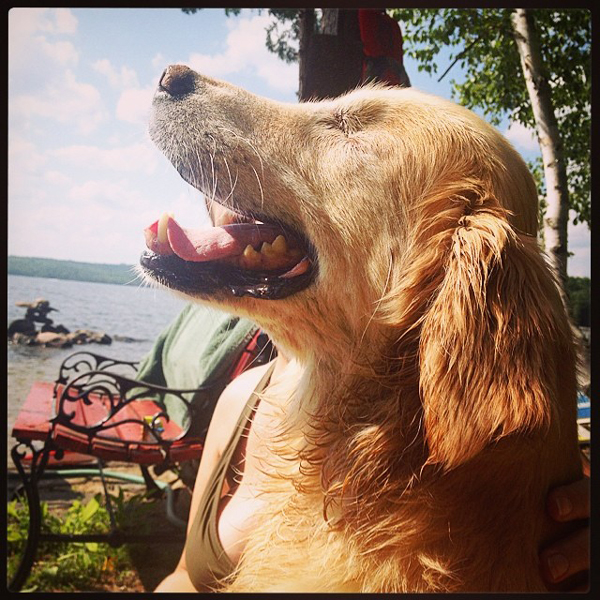 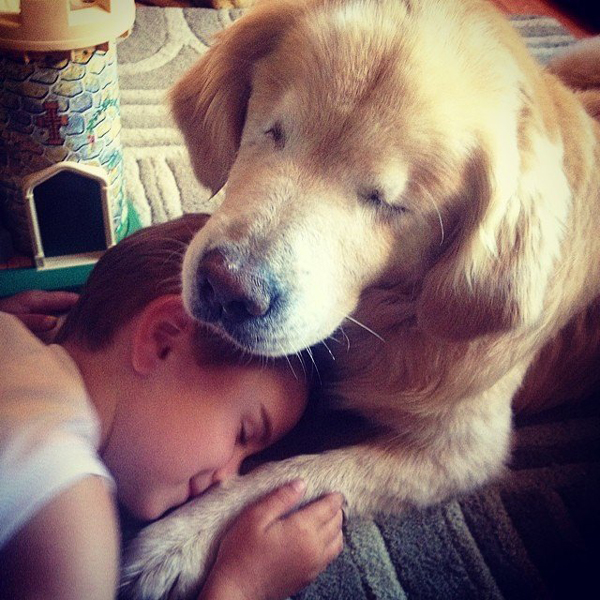 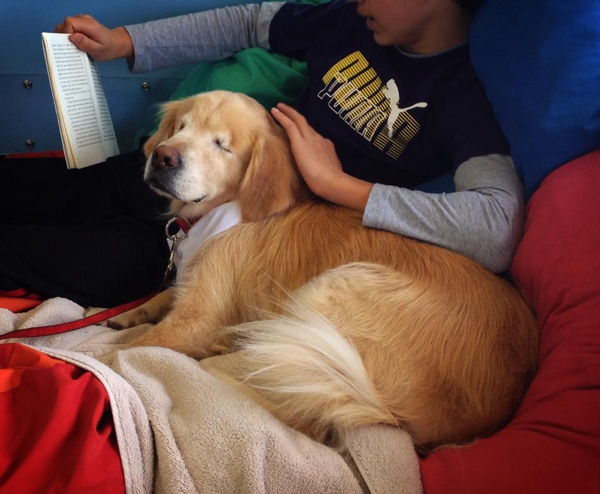 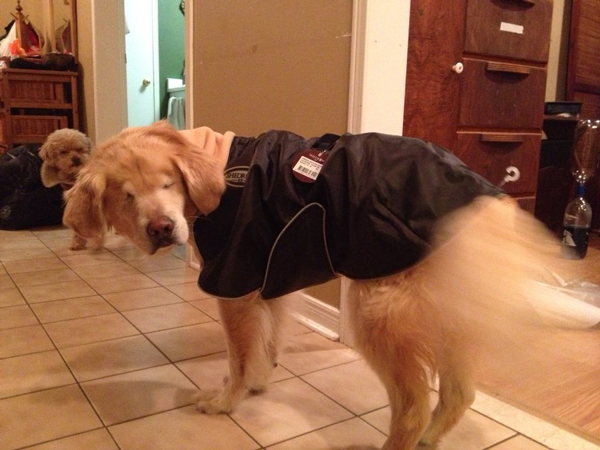 One comment on “Smiley, a Therapy Dog With No Eyes, Will Make Your Day”