Next on The Scoop: How to Prevent Dog Bites
Dogster News 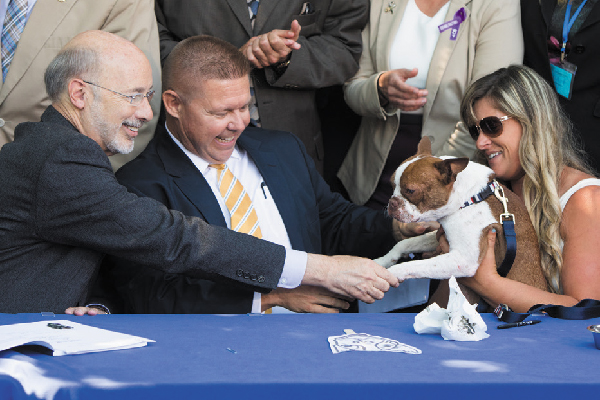 Find out how one emaciated and sick Boston Terrier named Libre inspired Pennsylvania lawmakers to sign Libre’s Law, which puts rules and regulations in place for chaining dogs outside.

Concerned pet lovers rejoiced when Pennsylvania enacted a new anti-animal cruelty law that makes it illegal to leave dogs chained outside longer than nine hours in a 24-hour period and no longer than 30 minutes in temperatures over 90 degrees or below freezing.

Libre’s Law, named after an emaciated and gravely ill Boston Terrier who was rescued from a Lancaster County breeding facility in 2016, also increases penalties for severe animal abuse to as much as seven years in jail and a $15,000 fine. A fully recovered Libre added his own paw print alongside Governor Tom Wolf’s signature when the law became official.