Next on The Scoop: TSA Agents Find a Chihuahua in a Checked Bag at LaGuardia Airport

Frankie the German Shepherd Can Sniff Out Thyroid Cancer

During a University of Arkansas for Medical Sciences study, the dog had an 88 percent success rate at smelling the cancerous cells in urine.

It has been said often that a dog knows when you’re feeling under the weather, almost like a sixth sense of trouble. But researchers in Arkansas believe they have discovered that dogs use a much more basic sense when it comes to detecting thyroid cancer.

As reported by the BBC, a study conducted by the University of Arkansas for Medical Sciences showed that dogs can use their heightened sense of smell to detect thyroid cancer in humans before it has been officially diagnosed by doctors. 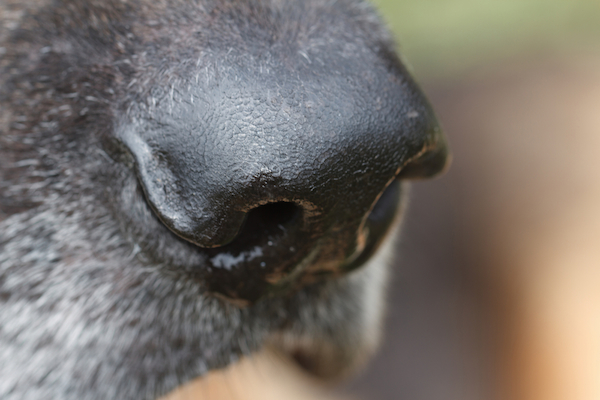 Presenting their findings last week at the annual meeting of the Endocrine Society, researchers said that dogs’ “unbelievable” sense of smell had an 88 percent success rate at detecting tumors in tests of 34 patients.

The thyroid is a gland in the neck that produces hormones to regulate metabolism. Thyroid tumours are relatively rare and are normally diagnosed by testing hormone levels in the blood and by using a needle to extract cells for further testing.

What apparently allows the dogs to detect the cancerous cells is the fact that their unique chemistry releases “volcanic organic compounds” into the body, which the dogs can detect through smell, since dogs have a much greater number of smell receptors than a human, allowing them to pick up the scent of the tumors in urine samples.

The Arkansas team also demonstrated that dogs can be trained to tell the difference in urine samples from patients with or without thyroid cancer. According to the report, a German Shepherd named Frankie was trained to lie down if he detected cancer in a sample and turn away if the sample was clean. 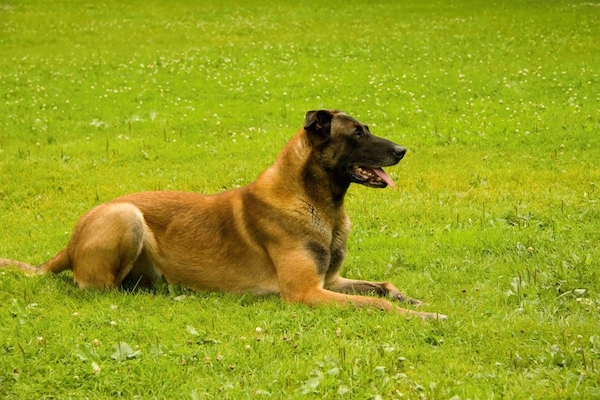 Frankie was correct in 30 tests out of 34 patients.

“The capability of dogs to smell minute amounts is unbelievable,” Dr. Donald Bodenner, the chief of endocrine oncology at UAMS, told the BBC. “The medical community over the next few years is going to have a great appreciation [for them]. We would like to know what Frankie is smelling, nobody knows.”

Dr. Jason Wexler, an endocrinologist in Washington, DC, told the BBC that the ability of dogs to sniff out cancer cells could change the face of cancer testing.

“This is a fascinating, interesting study and it has high potential in areas of the world that may not have access to biopsy techniques,” Wexler said. “There are many patients who are reluctant to undergo fine needle aspiration so I think that if you could design a technique where you have no invasive procedure that can have tremendous widespread appeal.”

But Dr. Emma Smith of Cancer Research UK was more reserved about the development.

“Although there’s some evidence that some trained dogs can sniff out the smelly molecules given off by cancers, there have been mixed results on how accurate they are and it’s not really practical to think about using dogs on a wide scale to detect the disease,” Smith said. “But carrying out lab tests to understand what the dogs are smelling might help to inform the development of ‘electronic noses’ to detect the same molecules, which could lead to better diagnostic tests in the future.”