Next on The Scoop: What It Takes to Be a Volunteer at a Dog Shelter

The Dog Behind Doge: Is Internet Fame a Blessing or a Curse?

An interview sheds light on the Shiba Inu named Kabosu -- her owner is not happy with the fame.

What do you do when your pet becomes an Internet meme? It’s not a question that most of us are likely to deal with, but it happens so randomly that it’s worth asking. Most memes aren’t so much created as they just emerge. Someone posts something, and next thing you know, it’s everywhere.

Liz Acosta wrote an excellent piece here on Dogster about the basic facts of Doge and the dog behind the meme. When not being a meme, Doge is a Shiba Inu named Kabosu. Her owner is a Japanese kindergarten teacher named Atsuko Sato, who adopted her from a shelter in 2008. 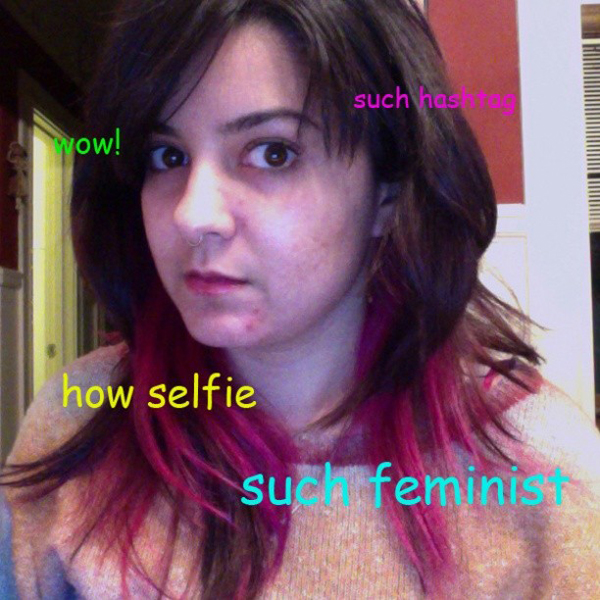 But if you want to know more about the history — and possible future — of Doge/Kabosu, Kyle Chayka has an article on Medium that gives some great insights about what it’s like to wake up one morning and find that your beloved pet has become a meme.

The Doge meme was not created by Sato, except in the sense that she posted the original picture on her blog sometime in 2013. From there, the picture immigrated through Tumblr, Reddit, and the Internet sewer of 4chan, gradually acquiring the cluster of words in brightly -colored Comic Sans that took it from being a cute dog pic to a cultural phenomenon.

Chayka says he explained the popularity and extent of Doge to Sato last year. Understandably, she was extremely overwhelmed by the whole idea. So were her readers, who kind of felt like the Internet had appropriated and distorted the image of someone they’d come to think of as a friend.

“They thought the Doge memes with Kabosu’s face on pancakes, cookies, and so on were very weird because they like cute Kabosu,” she explained. “Fans were making comments like ‘It’s not the Kabosu that I know’ and ‘I feel Kabosu became too famous, I don’t know her.’” The fans felt like they’d lost ownership of their beloved Kabosu to Doge, and they turned resentful. “I think they didn’t want Kabosu to be famous as Doge,” Sato said.

I believe most people would respond that way if their dog became a meme, especially one as popular as Doge. After all, memes survive and reproduce through culture because they’re very simple and quick. The process of making a meme strips out nuance by necessity. If the basis for the meme is something you love, such as your pet, all the things that are most important to how you see that animal will be absent from the final product.

Doge isn’t Kabosu; Doge is the shadow that Kabosu casts across the Internet. Perhaps there is less of Kabosu in Doge than even a shadow. Memes as big as Doge are like a form of participatory collective art, where people remake the original in their own image. I know more about the zombies, political causes, sports figures, and currencies that Doge has been shaped into than I do Kabosu or her owner Sato. Chayka, in fact, describes Doge as “a parasite on the real Kabosu’s identity, [that] became more famous than its host.”

In a charming and fascinating way Chayka reminds us of the real dog casting the Doge shadow, and the people who love her.

Whether she loved or hated the meme, Sato had to accept it as a reality. What should she do: Ignore the meme as best she could, or embrace the Doge? This wasn’t just a personal question. Lots of corporate marketers were pushing her to make the decision:

Sato was faced with a choice: She could cultivate the meme, embrace Doge fame, and let it displace Kabosu; or she could ignore the furor completely and hope that the Doge frenzy would subside and leave her to return to a peaceful life with a quiet blog and satisfied fans.

As Chayka points out, Tabatha Bundesen, the owner of Grumpy Cat, chose to market the meme without much hesitation. Her cat has gone on to become a genuine personality, with her own brand of cappucino, a personally guided trip to Disneyland, and an upcoming film where she’ll be voiced by Parks and Recreation star Aubrey Plaza.

It was a much harder choice for Sato, but ultimately she began licensing Kabosu’s image. She based the decision on her love for dogs. Sato wants to donate the money she makes from licensing to animal charities. Kabosu herself wound up in the shelter as one of 18 dogs rescued from a puppy mill.

Memes are notoriously short-lived. Just a few years ago, you could hardly escape from the notion of “Rickrolling.” Now, it’s nostalgia. Doge is probably also reaching the end of its leash, but there’s still some chance that Sato will get to pass some funds on to dog charities. In the end, as Chayka notes, Kabosu will probably outlive her shadow:

And when the Doge parasite wanes in popularity, it is this Kabosu who will remain. I asked Sato if she viewed her rescue dog any differently after the relentless exposure of Internet fame. I thought she might perceive some kind of ethereal aura around the animal, or notice that Kabosu twitched her ears whenever the Wi-Fi went out  —  something that would reaffirm the magic of memes. “No, not at all,” she answered. “Nothing has changed.”

Do you believe it would change you? Do you imagine having your dog become an Internet celebrity as a curse or a blessing?