Next on The Scoop: Let’s Talk: Does Your Dog Hog the Human Bed?

This Dog Rides Bus to the Dog Park Alone

And her owner is more than OK with letting his dog wander.

The story is blowing up all over social and regular media: A dog in Seattle rides the bus alone to the dog park. What’s not to love? A dog, lazying around the house, decides to get some fresh air. She opens the front door, trots down the street to the bus stop, waits for the bus, gets on it, and gets off a few stops later at the dog park. Her name is Eclipse. 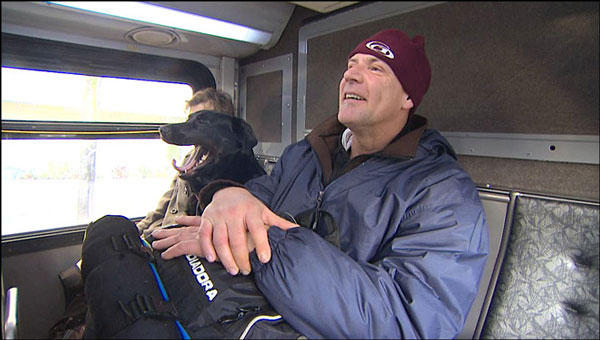 Of course, the story isn’t quite as great as everybody wants it to be, but it’s pretty close. Eclipse does sometimes get on the bus by herself — because she gets separated from her owner, Jeff Young. The first time happened when he was finishing a cigarette, the bus came, Eclipse on got on, and Young watched her go. The duo go to the dog park a lot, and the dog knows the routine. 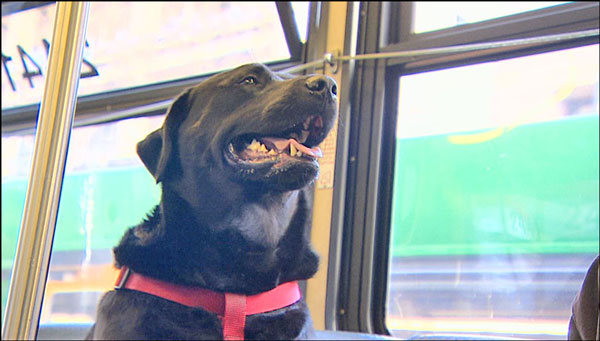 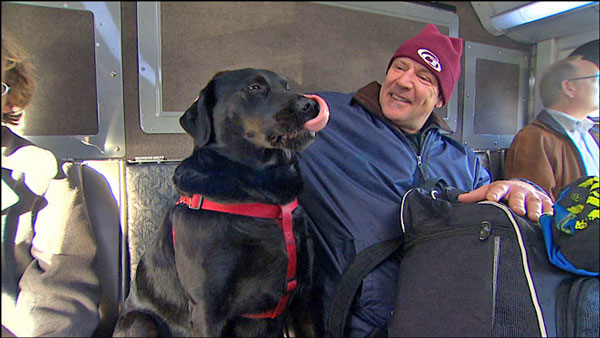 Commuters told KOMO that they’ve been seeing the dog riding alone quite a bit in the past few weeks. Eclipse roams the aisles, accepts pats, hops onto seats, and generally has a great time on the bus. At least people are looking out for her there.

“All the bus drivers know her. She sits here just like a person does,” said commuter Tiona Rainwater. “She makes everybody happy. How could you not love this thing?”

As for the drivers, thus far they’re letting it slide. A spokesman for Metro Transit told KOMO, “It makes their day,” he said, referring to the drivers and the other bus riders. “It’s a good part of their day, and it works out for her, so I just let it go.” 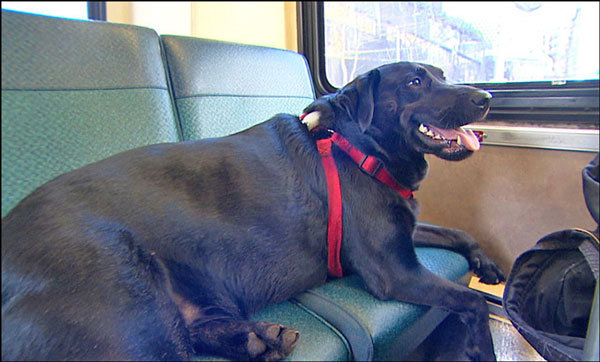 He did, however, have some good advice: “She would be much safer in the world if she had her owner on a leash.”

And that, of course, is the sad truth. As much as we all love the idea of a dog playing people and riding the bus alone to the dog park, it shouldn’t happen this way. Dogs shouldn’t wander unsupervised. Dogs shouldn’t ride buses alone. The transit agency and more importantly the dog’s owner should put a stop to it.

That owner, however, will do no such thing. His dog is a free spirt. He allows his dog to wander and actually shuts down people who find the dog and try to return her to him. He’s that guy. Really:

“She’s been here the last two years, so she’s been urbanized, totally. She’s a bus-riding, sidewalk-walking dog,” he told KOMO. “Probably once a week I get a phone call. ‘Hi, I have your dog Eclipse here on 3rd and Bell.’ I have to tell them, ‘No, she’s fine. She knows what she’s doing.'”

This is exactly the wrong guy to reward for letting his dog wander.