Next on The Scoop: Ask a Vet: What’s the Most Common Way a Dog Can Get a Knee Injury?

Dramatic Rescue: Deaf and Blind Lhasa Apso Is Trapped in a Sinkhole for Seven Hours

Samantha had quite an ordeal during her morning walk in Maryland; fortunately, she's just fine.

Samantha is a 14-year-old, deaf and blind Lhasa Apso. Last week, she was on a walk with her owner Susanne Geary in their backyard in Frederick, Maryland, when a sinkhole opened up and she fell into it. She landed 12 feet down. The sinkhole was three feet wide. She had been wearing a collar and leash, but it slipped off when Geary tried to pull her up.

Samantha remained down there for more than seven hours.

“I was looking at the bird feeder and the next thing I knew, she was gone,” owner Geary told Frederick News-Post. “I screamed, ‘Help! Help!’ And some neighbors came out to help me but we could not get her out, so of course, we had to call 911.” 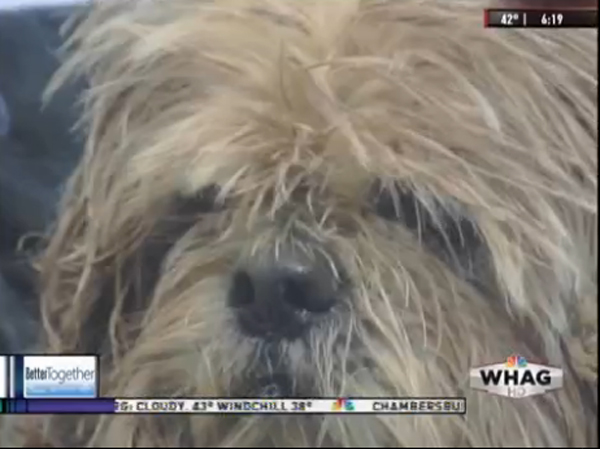 Once firefighters arrived, they realized they had a tricky rescue on their hands. It wasn’t a matter of dropping a bucket and scooping up the dog. The hole was shaped like a hockey stick. Several other agencies were called in to assist.

“It was a very narrow opening, like a crevice that washed away underground,” Chief Firefighter Rodney Masser said. “We tried several different options to reach the dog over the course of the day. Of course, the weather wasn’t cooperating, with the rain and the sleet, snow, and wind.”

That snow was a problem — Samantha was freezing down in the hole, so firefighters blew warm air into it to protect the dog from hypothermia. Then they used a backhoe to dig enough to recuse the dog.

“I prayed to Saint Francis, the patron saint of animals,” said Geary. “We were all praying.” 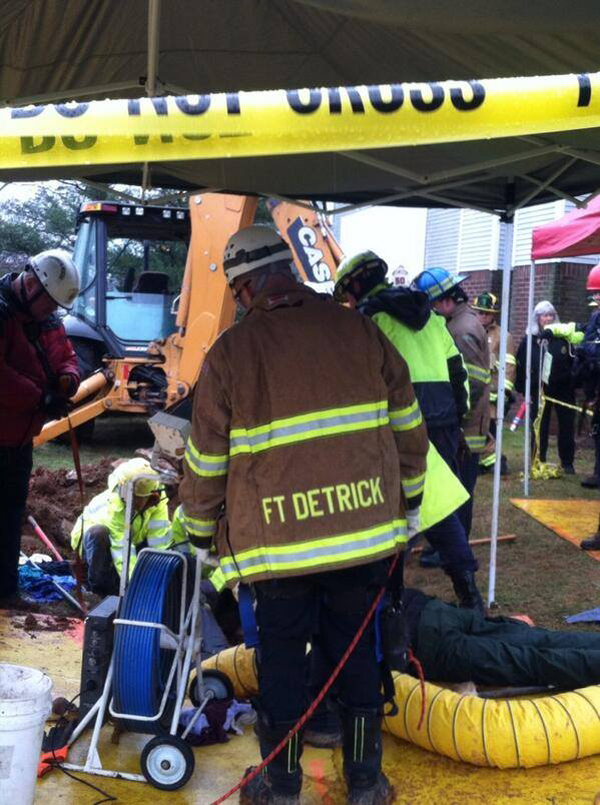 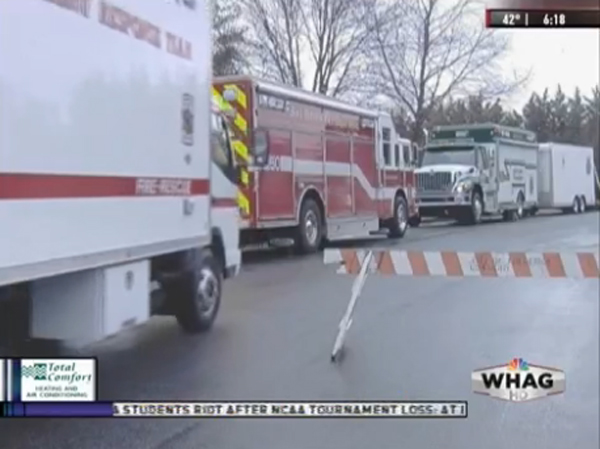 Finally, after seven long hours, they got the dog to the surface and hustled her to the vet. During the exam, they discovered that the worst of her problems involved just being really dirty.

“She was so caked with mud that the initial exam was a little difficult,” said Dr. Adriane Shell of Care Veterinary Center. “We essentially gave the dog a complimentary bath, and she was sleeping soundly in her cage when the owner came to pick her up.” 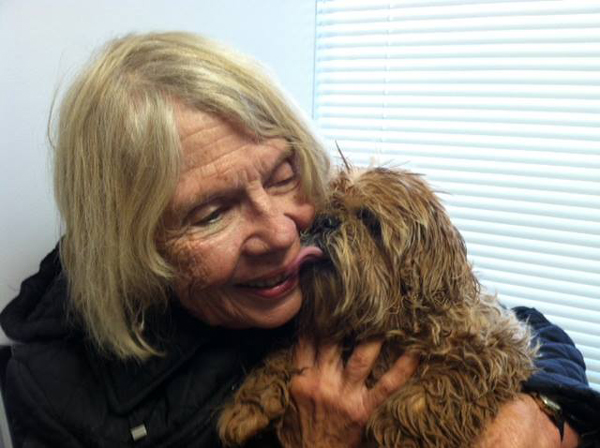