Next on The Scoop: If a Crisis Arose, Could You Cover Expensive Veterinary Care?

Residents elected a dog for mayor, unseating the current mayor, a cat. What's going on here?

Meet Pa Kettle. He’s the new mayor of the Colorado mountain town of Divide, according to the Gazette. Walter is a search-and-rescue Bloodhound. Handsome fellow, isn’t he: 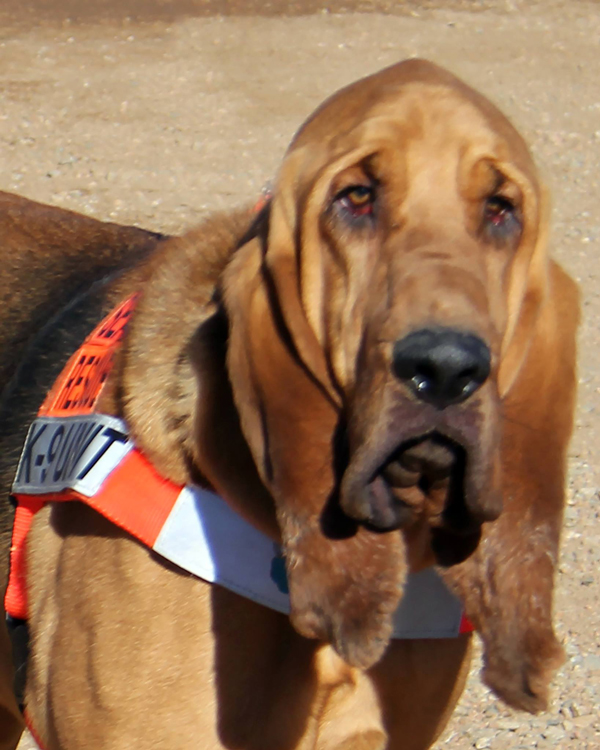 Here’s the old mayor, Walter the cat. Walter is pisssssed off. He thought would be mayor indefinitely, or at least work the gig into a cushy life running the town on the sly, grafting off a nice chunk of revenue in the process. Things didn’t turn out that way. 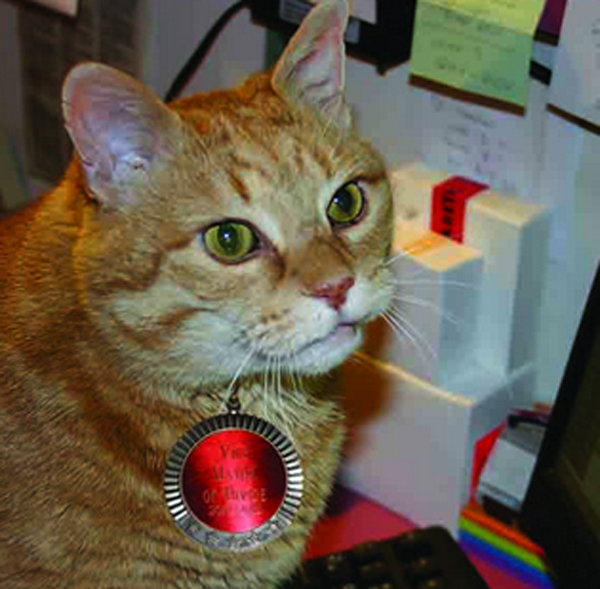 Actually, that’s not entirely true. Walter wasn’t even on the ballot this year. Pa Kettle battled Herbie the donkey, Gracie the mustang, Keyni the wolf, Blackberry the hedgehog, Buster the cat, and a bunch of other dogs for the mayorship. Pa Kettle won. Pa Kettle got 2,387 votes, beating the wolf, Kenyi, by only 55 votes.

Only 55 votes stood between Divide being run by a wolf instead of a dog. Can you imagine?

By now you might wonder: What in the world are we talking about? Well, it seems the town of Divide has a sense of humor. It’s a small town, and it doesn’t officially have a mayor. So the local animal shelter, Teller County Regional Animal Shelter, runs an election every year to elect something non-human to be mayor. Every vote costs $1, which goes to the shelter. 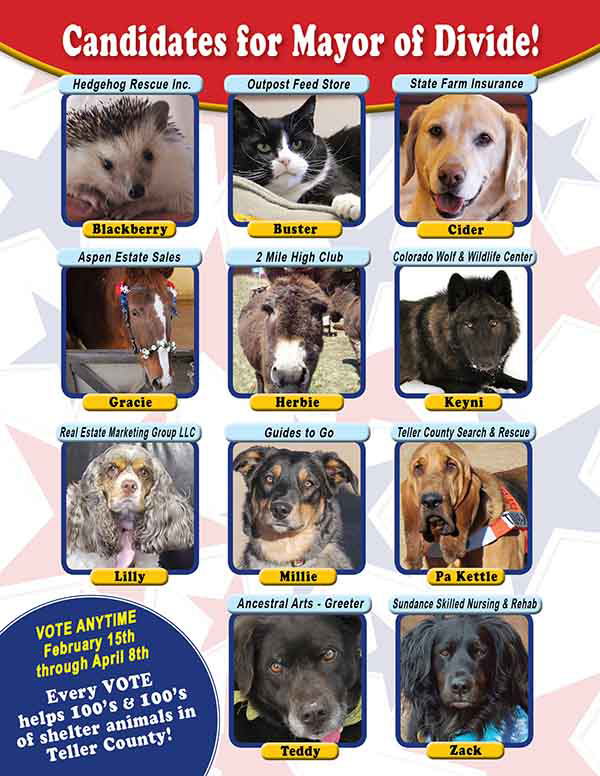 This year, Pa Kettle won, largely because of those soulful eyes, but also because of those long ears. Kenyi the wolf gets to be vice mayor. I imagine he’s going to be the one doing the dirty work.

2 comments on “Pa Kettle, a Soulful Bloodhound, Is Now Mayor of Divide, Colorado”