Next on The Scoop: Maymo the Beagle Loves His Christmas Present: 210 Empty Water Bottles

Will Crowdfunding Get You a Talking Dog? Probably Not

No More Woof claims to be able to read your dog's brain waves and translate them into speech. Trouble is, it doesn't really exist.

In the late 1990s, virtually the entire economy of the San Francisco Bay Area was being driven by a single, wondrous discovery: With a rudimentary understanding of HTML and a decent ability to weave jargon into a sales pitch, virtually anyone could learn to extract large amounts of money from technologically-illiterate venture capitalists. The non-geek world had finally realized that the Internet was good for something besides making pornographic pictures out of ASCII characters, playing variations of D&D in text-based chatrooms, and having raging arguments over whether Starship Troopers shows that Robert A. Heinlein was an authoritarian at heart. (It totally does, by the way.) The problem was, they just hadn’t figured out what yet. So for a while, you could fund just about any business idea, no matter how dumb, as long as you slapped “dot-com” on the end.

It feels like we’re about at that stage with crowdfunding right now. Got an idea that no investor in their right mind would spend two bits on? No problem; just put your project on the web and watch the money roll in. 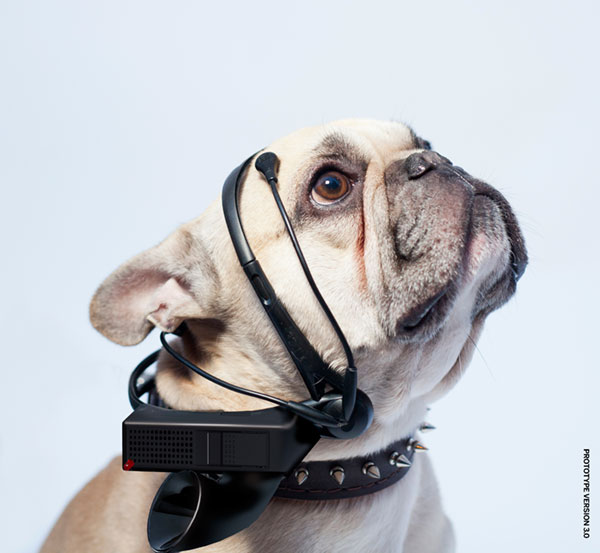 Which brings me to No More Woof.

No More Woof is the latest project of a group of Swedish techies known as the Nordic Society for Invention and Discovery. According to the NSID’s promotional materials, the product (which so far doesn’t have a working prototype) is a collar and headset which will read the EEG patterns of your dog’s brain and then translate them into speech.

Previous projects of the NSID include the iRock, a chair which charges up your iPad or other device you generate from rocking back and forth. The NSID seems very proud of the iRock, even though it doesn’t seem like you can actually buy one anyplace. So far as I can tell, it’s purely conceptual, or at least still stuck in eternal prototype mode. 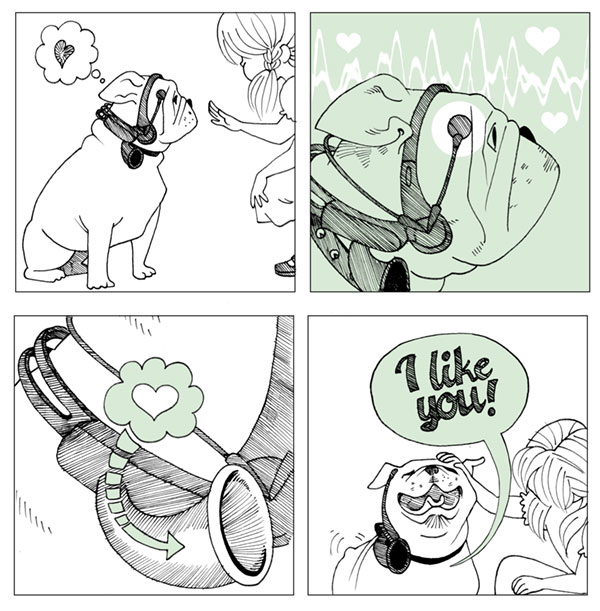 On Monday, the NSID launched a crowdfunding bid on Indiegogo, seeking US$10,000 to make this device a reality. As of this writing, they’ve raised US$1,177.

From the perspective of the NSID, they can’t lose. No matter what happens now, they at least have US$1,177 more than they did before (minus Indiegogo’s cut). The project is being done with “flexible funding,” which means that they get whatever money is pledged, whether they make their goal of $10,000 or not. If they never even produce a single working model (and I’d bet my entire month’s paycheck that they don’t), they don’t owe anything to their investors.

The text describes the principles behind “No More Woof” thus:

The technology used in No More Woof is the result of combining the latest technologies in three different tech-areas, EEG-sensoring, Micro Computing and special BCI software. During the last decade huge discoveries have been made to map out the human brain’s functions. But never before has anyone made a serious attempt to apply this groundbreaking technology on man’s best friend.

To be fair, they also include the following disclaimer near the end of the page:

Note: We have received a lot of attention from media. We’d like to clearly state that the No More Woof is WORK IN PROGRESS. Research. Yes, we HAVE achieved some results, but we are very far from a mass-producable product. That said; we believe that within a few years the technologies we are working with will revolutionise our relation to pets and animals. The more money we raise in this project the more we can work towards something truly amazing.

It might be overly cynical of me to suggest that No More Woof is a scam designed to fleece people who can afford it far less than the venture capitalists who backed dot-bombs in the old days. But at the very least it sounds like the product of too many chemically-augmented viewings of Up. 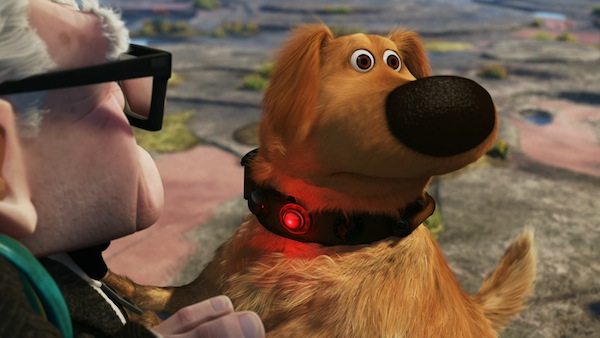 Thanks to a lifelong seizure disorder, I have more experience with EEGs and MRIs than I’d like. I can tell you that even now, measuring brainwaves is a delicate process, one best done while your subject is not chasing a ball. Witness how much trouble Gregory Berns had to go to in order to get accurate scans of conscious, unrestrained dogs in his studies. Anyone who gives money to the NSID’s crowdfunding pitch should expect to wait a long time before No More Woofs lives up to its hype.

Below is NSID’s video pitching the virtues of No More Woof. What do you think? Would you pay $65 to sponsor something like this?

Via Indiegogo and Business Insider