Next on The Scoop: A Short Guide To Shopping Online For Your Dog
Good Causes 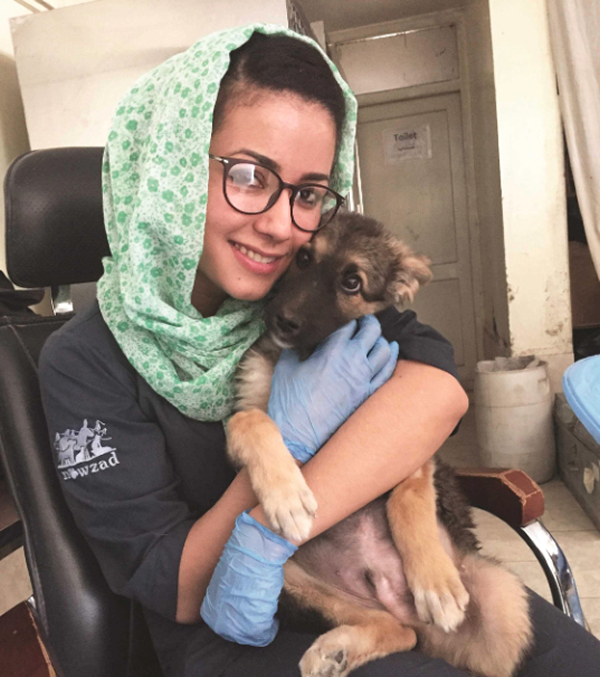 In the 12 years since Nowzad (means “new born” in Dari) was established, the organization has helped to bring around 1,300 dogs and cats to their newly adoptive homes

Now Zad is the name of a small town in Afghanistan. It is also the name of a nonprofit organization inspired when its founder and CEO, Pen Farthing, fell in love with a dog when he was based in Now Zad, while serving in the Royal Marines. At the conclusion of his tour of duty, he managed to bring the dog home, but not without significant expense and risk, as there was no formal way to do so up to that point.

In the 12 years since Nowzad (means “new born” in Dari) was established, the organization has helped to bring around 1,300 dogs and cats to their newly adoptive homes once the soldier who bonded with them finished his or her tour of duty. The range of countries where pets have been reunited with their soldiers include: the United States, United Kingdom, Australia, Canada, Belgium, France, Holland, Italy, Spain, Jordan, Thailand and South Africa.

Much of the Nowzad’s focus is assisting with the necessary medical care for adopted animals, including treatments for diseases, spay-and-neuter surgeries and immunizations, while also housing the dogs or cats in their Kabul-based shelter as funds are raised for their transport home. Two female veterinarians work at the clinic, which also provides medical care to pets for the communities that are in Afghanistan, while also working to educate the future generation of Afghan veterinarians.

In addition to assisting with adoption, rescue and providing medical care, Nowzad helps to provide safe and secure employment opportunities for Afghan women. Pen says, “A lot of women in Afghanistan, under the rule of the Taliban, were unable to be educated since girls’ schools were banned. There’s a hesitation for sending women into the workforce.” It was Nowzad’s goal to provide safe and secure employment for women, where they receive a fair living wage. Through the use of their female Country Manager, who helps to inform women in the community about employment opportunities at Nowzad, they now employ women for a variety of roles, including creating handmade goods that are then sold on the Nowzad website. Goods sold help to fund the operational costs of Nowzad, while also introducing those who purchase items to the talent of the women who created the products, which include items like cat collars, decorations and jewelry.