Next on The Scoop: Check Out the Pet Relief Area at JFK
Dogster Heroes

Meet Stanley the Bulldog, an Anti-Bullying Advocate With a Cleft Lip

The special-needs English Bulldog has become an advocate for acceptance and anti-bullying, especially for children.

When Deborah Pack of Edgerton, Missouri, first saw Stanley, a 2-month-old English Bulldog in November 2014, she stopped in her tracks. A severe cleft lip disfigured the puppy’s face, but it didn’t dampen his zest for life. Deborah immediately realized this sweet dog had a bigger mission in life.

“I knew I had a lot to learn from that puppy,” she said. “He put me in check with my heart.”

He was destined to help so many others learn that it’s not the outside but the inside that counts. Less than two years from that fateful day, Stanley is doing just that: helping others. He’s become an advocate for acceptance and anti-bullying, especially for children. 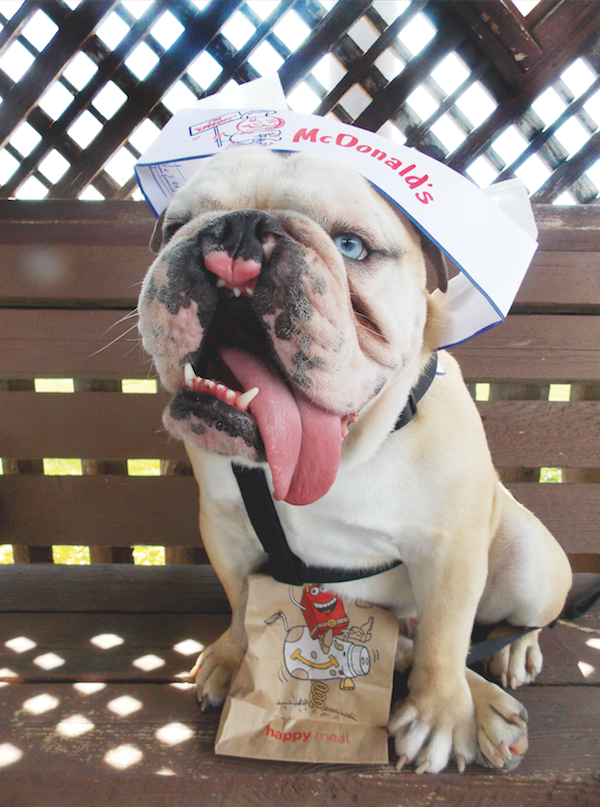 It began in 2014, when Deborah received a phone call from a breeder asking if she would adopt a deaf Bulldog puppy, as she had owned deaf Bulldogs before. She thought he might be a great resource to help illustrate acceptance to her students in preschool, where Deborah taught up until this year.

When she came to pick up Oliver, the deaf pup, she saw Stanley. The two dogs were inseparable, with Oliver propping up Stanley’s head as he slept so he could breathe properly and Stanley acting as Oliver’s ears.

“I couldn’t separate them,” Deborah said. “They were working it out together — their weaknesses — by giving each other their strengths.”

Deborah adopted both pups and began using them in her classroom to help kids learn about acceptance, being unique, and embracing everyone for who they are instead of bullying them for what they are not. But when it was Stanley’s turn with the children, Deborah knew this beefy little pup was bridging the gap and making a change. The kids related to him because they could see what made him different from the rest. They quickly learned to not be afraid of it but embrace it as part of Stanley.

“I told them he was born special,” she said. “It’s OK to be different.”

And Stanley was different. Most people have never seen a dog with a bilateral cleft lip before, mainly because there aren’t many. Most of these dogs don’t survive, either due to euthanasia or as a result of medical complications. This is something Deborah desperately wants to change. Thankfully, she said, Stanley’s breeder knew he was special, and she made sure he was able to eat by feeding him with a makeup sponge by hand every day. To this day, Deborah still feeds the 52-pound Stanley by hand — and with love (but not with a makeup sponge).

Even with this adoration and care, Stanley still faced an uphill medical battle. In addition to his cleft lip, Stanley had holes in his sinuses and teeth problems that required expensive surgery to correct. Deborah turned to her close-knit Midwest farming community for help. Within three weeks, thousands of dollars were raised so Stanley could get the surgery he needed. But the veterinarian best suited for this operation wouldn’t take a dime, all because he heard about the anti-bullying and acceptance outreach Stanley did in schools.

Once he felt better, Stanley increased his mission in life.

“I wanted to give back to [the community] and pay it forward,” Deborah said.

“We wanted to help them have a smile. Like Stanley,” she said. Stanley became the ambassador of Smile Train, a children’s charity that provides cleft lip repair surgery, continuing to raise money through bake sales and kissing booths. Every $250 he raises pays for the surgery needed to correct a child’s mouth and lip, Deborah said. 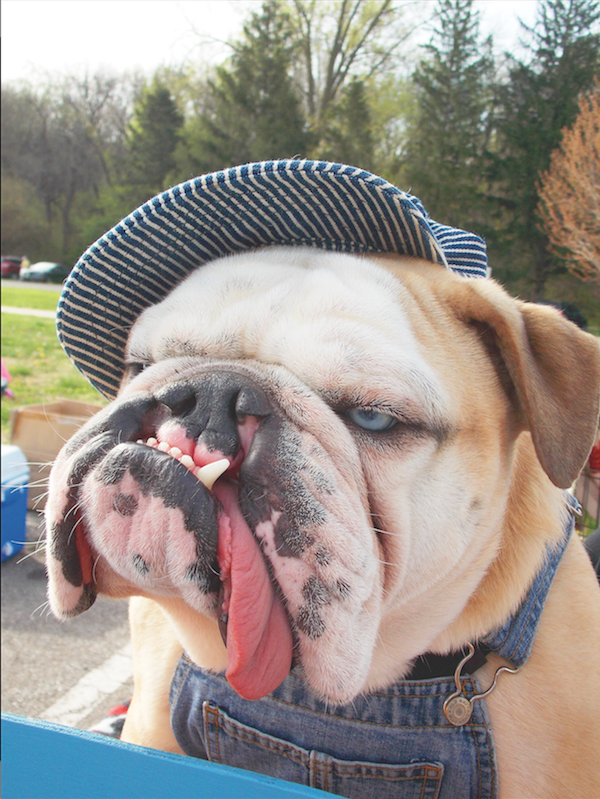 And yet that wasn’t enough for this lovebug with the bi-colored eyes. There was more out there for him to change.

His back legs are a bit deformed, so Stanley had trouble passing the traditional therapy dog exam, but that didn’t stop him from pursuing his mission. Deborah hopes to spearhead revisions to the therapy dog program that will allow dogs with physical limitations to be evaluated. In the meantime, Stanley and Deborah frequent homeless hotels where families without a permanent residence reside and receive assistance. Many of these homeless children are also victims of bullying. Stanley helps show them that they may be different, but they are still beautiful and worthy.

“These little kids go through a lot,” Deborah said. “We’re trying to change that through Stanley.”

In spring 2015, the Stand Up for Stanley Awareness Day for Animals With Cleft Lips and Palates was created on the state level. His day of honor was on March 23, 2015, with a local day of awareness for Stanley on April 21, 2015. All of this work on acceptance was gaining mass attention, and Deborah couldn’t be happier.

“If you open your eyes wide enough, you will see all [these] miraculous things,” she said. “That’s what Stanley did for me.”

Despite any health issues Stanley has or will struggle with, he still faces each day with that trademark zest for life, and he spreads this attitude to all he encounters.

“His eyes just tell the story of contentment,” Deborah said. “He likes being who he is, and he’s OK with who he is.”