Next on The Scoop: Would You Put Your Dog on Medication if It Would Save Her — and Your Sanity?

Get to Know the Greyhound: Speeding Couch Potato

Learn what makes the Greyhound so swift -- and what also makes them love to sleep.

They’re the fastest breed of dog. But you don’t need a racetrack in your backyard to own one. There’s a reason folks call the Greyhound the 40 m.p.h. couch potato: because his ability to fly is matched only by his ability to snooze.

For a dog who has often spent most of its life in a kennel, the ex-racer makes an incredibly loving and willing-to-please companion. So make a fast friend and get to know a Greyhound! 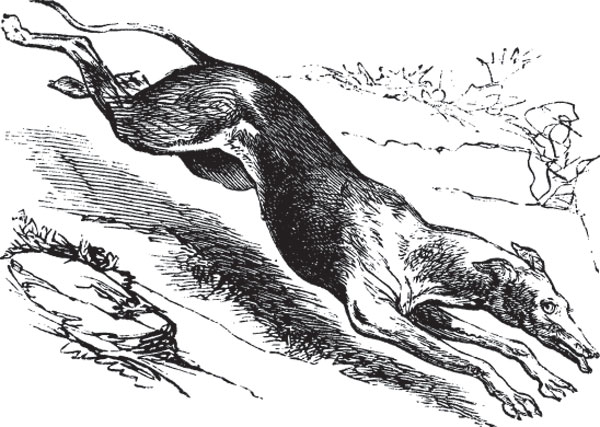 Some bits about Greyhounds:

Greyhound-like dogs have been depicted in hunting scenes since the days of the ancient Egyptians and Greeks. However, their DNA profiles suggest these Greyhound-like dogs were more likely Salukis or other fast dogs, and that the Greyhound we know today is of more modern (though still ancient!) origins.

Greyhounds were in existence at least by the fourth century AD. 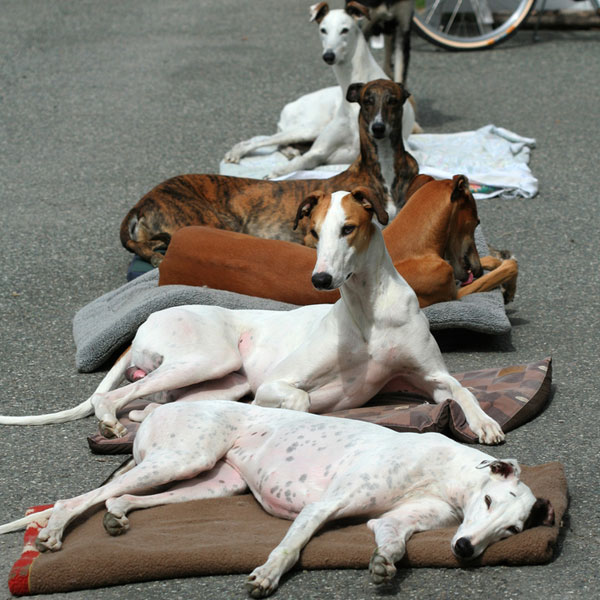 The Greyhound is the fastest breed of dog over distances up to almost a half mile, running between 35 and 40 m.p.h. But they are sprinters, and slow down considerably afterward. When running, their body temperature can raise to dangerously high levels. 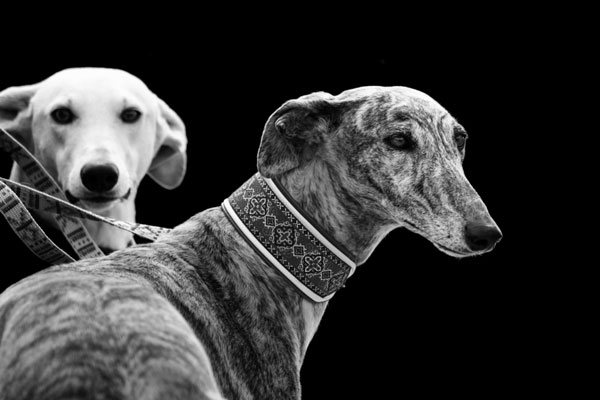 Greyhounds who are run too hard can develop acidosis, in which they get muscle cramps, swelling, stiffness and even trouble urinating from minutes to hours after running. In extreme cases (called exertional rhabdomyosis) they have a hard time walking and are in pain, and may pass dark, wine-colored urine. These dogs need veterinary treatment to avoid kidney failure or muscle loss. 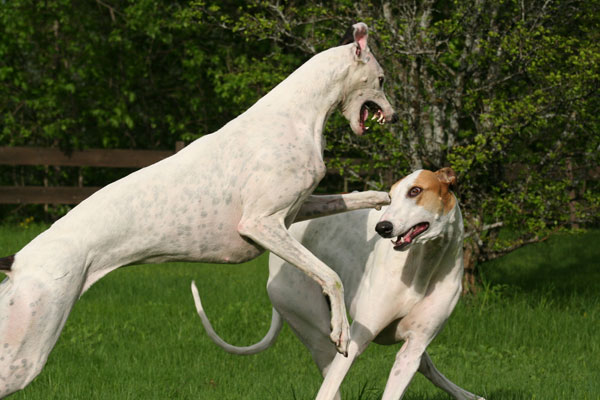 Racing on tracks began in 1926 with the invention of a mechanical lure. This began the selection of Greyhounds for short bursts of speed. Before then they ran longer distances after deer and hare.

Today Greyhounds can run for fun in lure-coursing and amateur racing events.

The Greyhound was one of the top breeds of show dogs in the first half of the 20th century. They have won the Hound Group at the Westminster Kennel Club dog show 13 times, including seven years in a row in the 1930s. But none has ever won Best in Show there.

A Greyhound named Champion Aroi Talk of the Blues (Punky to her friends) was the top-winning AKC show dog of all breeds in 1976. She is also the last Greyhound to win the group at Westminster.

The Whippet and Italian Greyhound appear to be smaller versions of the Greyhound.

Most Greyhounds in America are adopted ex-racers registered with the National Greyhound Association (NGA). Only a few are AKC show-bred or companion-bred dogs. 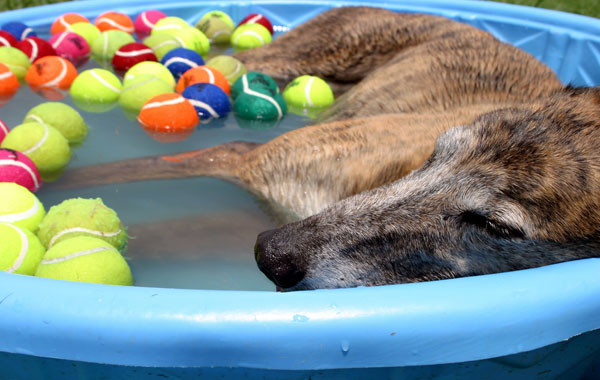 NGA Greyhounds have ear tattoos that identify each dog. You can look up your dog’s racing record online using the tattoo. If you are having a hard time reading it, shine a light through the ear flap from the rear and try again.

The most famous Greyhound image is the bus company mascot logo.

The most famous cartoon Greyhound is Santa’s Little Helper on The Simpsons.

The AKC ranks the Greyhound as the 145th most popular breed, but this ranking only takes AKC-registered Greys into account. Since most Greyhounds are ex-racers, and not registered with the AKC, their actual popularity is much higher.

Do you own a Greyhound? Have you spent time with one? Let’s hear what you think about this fascinating breed in the comments! And if you have a favorite breed you’d like us to write about, let us know that, too!

5 comments on “Get to Know the Greyhound: Speeding Couch Potato”