Next on The Scoop: Teach Your Dog to Twerk with Big Freedia

Get to Know the French Bulldog: Clown in the Cloak of a Philosopher

Find our why this frog-faced comedian is one of the fastest growing breeds in popularity.

He’s been called the clown in the cloak of a philosopher. Behind that serious mug lurks (or frolics) a comedian who specializes in catching you so off guard you can’t stop laughing. His distant ancestors had a serious job — but for most of his existence, the French Bulldog‘s job has been to love and entertain. And he’s very good at his job. 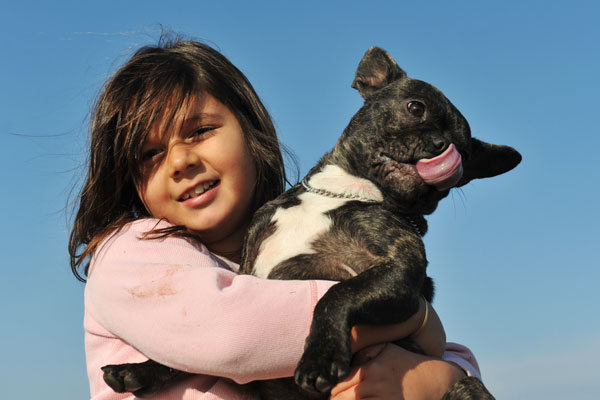 In the mid-19th century, many English workers emigrated to France, bringing with them their dogs, including undersized “toy” Bulldogs. The dogs — especially those with prick ears — became popular with Parisian women, and especially with the street walkers. By the late 19th century, French ladies also became enamored of the breed.

Back in England, traditional Bulldog breeders were only too happy to part with any of their dogs that were small or had what they considered undesirable prick ears — as long as the price was right. But they also didn’t want the new dogs associated with their traditional dogs. The dogs became known as Bouledogue Français — French Bulldogs. 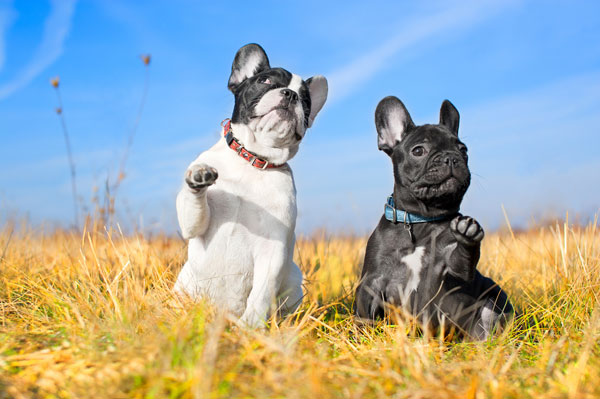 The little dogs became a hit in America, where they were so expensive only the richest could afford them. With backers like the Rockefellers and the J.P. Morgans petitioning the AKC to recognize the breed, the French Bulldog received full breed recognition in near record time, in 1898. 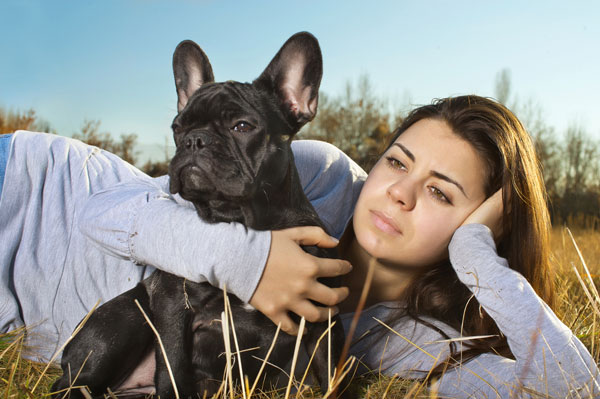 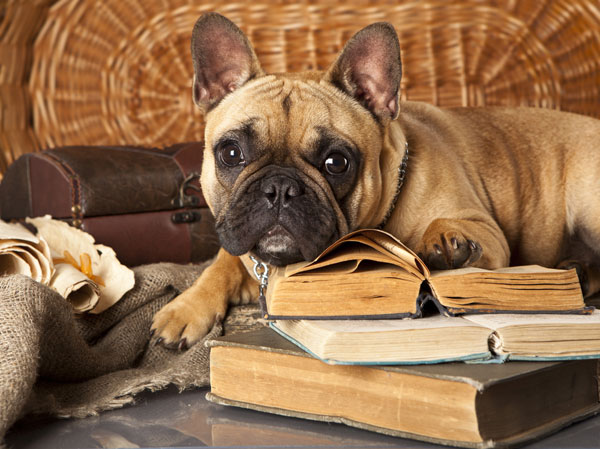 Do you own a French Bulldog? Have you spent time with one? Let’s hear what you think about this fascinating breed in the comments! And if you have a favorite breed you’d like us to write about, let us know that, too!

2 comments on “Get to Know the French Bulldog: Clown in the Cloak of a Philosopher”