Next on The Scoop: Win Get Naked Dog Treats!
Training

Does Your Pup Get Into Trouble at the Dog Park or Beach?

Dogster magazine columnist Victoria Stilwell tells you how to have the best experience at places where dogs gather to play.

Dog beaches and dog parks are great spots to exercise and play with your dogs this summer, but there are a few things to keep in mind.

If your dog is shy or fearful, the boisterous environment of a dog beach or park might be overwhelming. Well meaning pet parents often believe that bringing their shy dogs into a busy dog-friendly area will help “socialize” them, but in reality the opposite is often true, and the dog becomes more fearful. For dogs who don’t do well in social situations, playdates with just one or two other dogs can be a much less stressful experience than a busy dog beach or park. 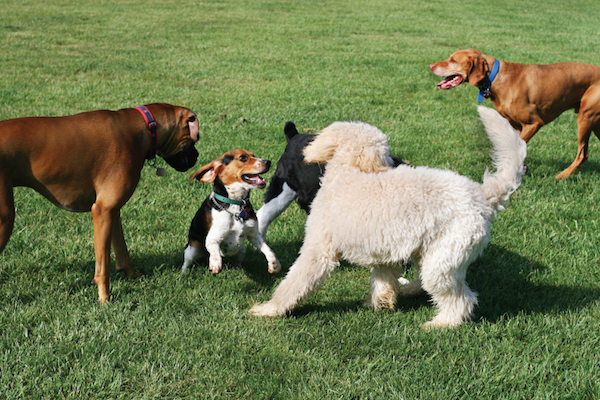 Dogs at a park by Shutterstock.

But if your dog loves other dogs and is ready to hit the canine social scene, here are some tips to help you both have the best experience:

About the author: Victoria Stilwell is a world-renowned dog trainer, TV personality, author, and public speaker best known as the star of the international hit TV series It’s Me or the Dog, through which she reaches audiences in more than 100 countries. Appearing frequently in the worldwide media, Stilwell is widely recognized as a leader in the field of animal behavior, is the editor- in-chief of positively.com, and the CEO of Victoria Stilwell Positively Dog Training — the world’s premier global network of positive reinforcement dog trainers. Connect with her on Facebook at /Victoria Stilwell and on Twitter at @VictoriaS.