Next on The Scoop: Why I Sometimes Recommend That a Dog NOT Get a Vaccination
Breeds

These breeds are among those perfected in the U.S.A.: American Pit Bull Terrier, Rat Terrier, American Staffordshire Terrier, and American Hairless Terrier. Check them out!

Experimental mating between Bulldogs and terriers began during the 19th century in England, Scotland, and Ireland. The goal was to cross the Terrier’s gameness with the Bulldog’s athleticism and power. Immigrants eventually brought these bull-and-terrier crosses to the United States. While the American Staffordshire Terrier and the American Pit Bull Terrier descend from the same lineage, they received different names from different kennel clubs in this country. Their courage was quickly recognized by ranchers and farmers who put them to work driving livestock, hunting, and providing devoted family companionship. 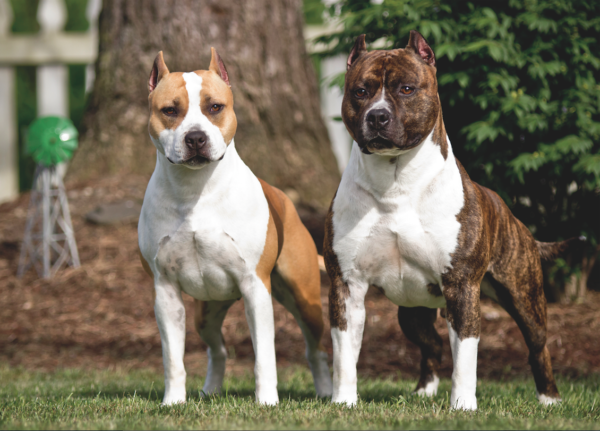 In the American Pit Bull Terrier, farmers and ranchers found a most versatile canine. APBTs proved to be excellent ratters and effective in hunting dangerous wild pigs and even bears. Their intelligence and high energy have helped them excel as search and rescue dogs, police dogs performing narcotics and explosives detection, border patrol dogs, and service dogs invaluable to the deaf. In competitive dog sports, APBTs triumph in agility, flyball, and weight pulling.

The most decorated dog in American military history is Sergeant Stubby, an APBT that served his country with distinction as a World War I hero.

In the 1970s, a hairless mutation appeared in a single Rat Terrier (see No. 11). It was segregated, cultivated, and, after a period of development, the bloodline resulted in the American Hairless Terrier, recognized as a separate breed by both the United Kennel Club and the AKC. 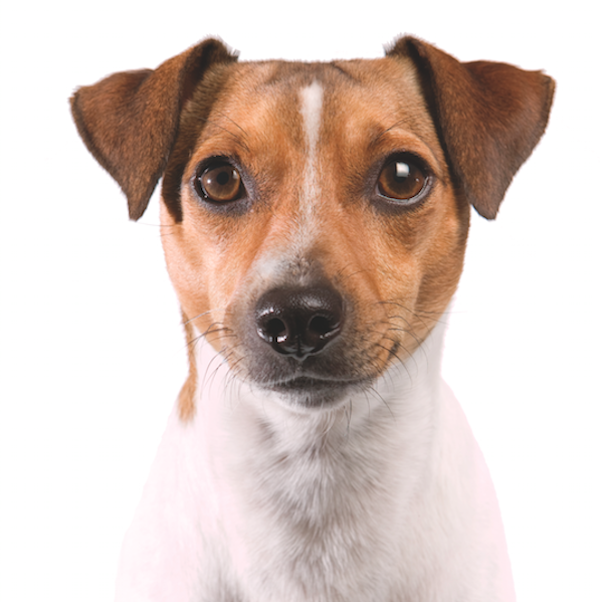 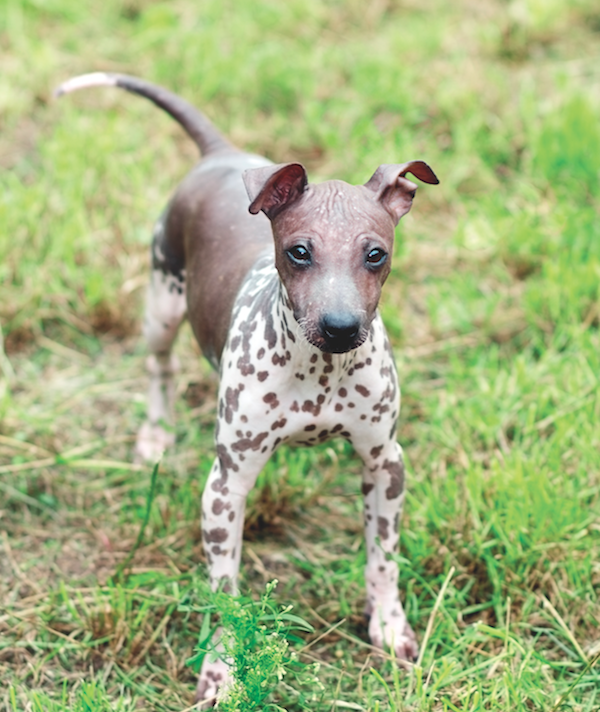 The Teddy Roosevelt Terrier is an American breed that comes down from the terriers brought to this country by working-class immigrants. These hardy dogs no doubt included crosses between the Smooth Fox Terrier, Manchester Terrier, Bull Terrier, Beagle, Whippet, Italian Greyhound, and the white English Terrier. Eventually these ratters became known as Rat Terriers. Two types developed. The short-legged Rats were named in honor of President Teddy Roosevelt, who was once thought to have owned them, according to the United Kennel Club breed standard. The UKC recognized the breed in 1999.

6. Make mine a smoothie

Although the Teddy Roosevelt Terrier is sometimes mistaken for the Russell Terrier, a breed that comes in smooth, wire, and broken coats, the Teddy does not. The breed standard calls for a coat that is “short, dense, and medium-hard to smooth, with a sheen.” Long coats, wire coats, and broken coats are all disqualifications.

Since we already have the taller Rat Terrier, size and proportions are important in the Teddy. The breed is longer than tall, the preferred ratio being from 10:7 to 10:8. Height of a mature Teddy ranges between 8 and 15 inches at the shoulder.

In 1936, the American Kennel Club accepted the Staffordshire Terrier into its registry. That name prevailed until 1972, when the AKC renamed it the American Staffordshire Terrier, to differentiate it from the Staffordshire Bull Terrier, a shorter, related breed with a stockier, Bulldoglike body. AmStaff is a popular nickname for the breed today. Other historical names that were used for the breed include the Yankee Terrier and the Half and Half, the latter a nod to its beginnings as a Bulldog-terrier cross.

9. The strong but not-so-silent type

Given the muscular and stoic appearance of the breed, it may come as a surprise how vocal the AmStaff is. (The American Pit Bull Terrier, too.) They are very talkative and will make all kinds of strange and sometimes silly noises in their effort to communicate with you. 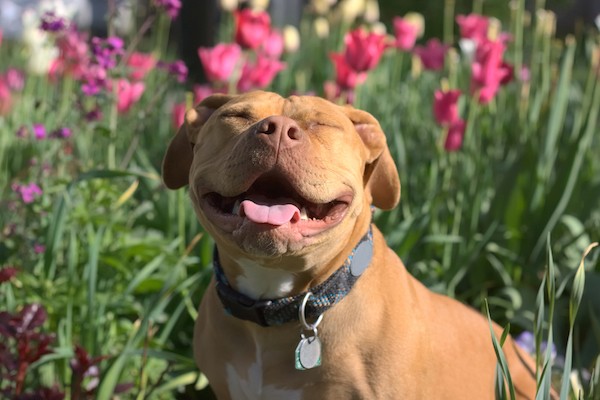 If you’re a fan of the original Our Gang comedies of the 1930s, you probably remember the gang’s ever-present canine sidekick, Pete the Pup, with his trademark ring around one eye. Pete, in fact, was registered with the AKC as Lucenay’s Peter, as an APBT/AmStaff. While Pete was never called upon to get Timmy out of the well like Lassie or perform the heroic feats of Rin Tin Tin, he was no less a star.

Working-class British migrants brought the early ancestors of the Rat Terrier to the U.S. with them, where they were used to control vermin and hunt small game, such as hares and squirrels. The early Rat Terriers resembled the small, mixed-breed hunting dogs known as “feists.” After the 1890s, the dogs were crossed with Beagles, Italian Greyhounds, and Miniature Pinschers. The infusion of these breeds improved the Rat Terrier’s eyesight and sense of smell on the hunt, as well as speed.

The breed standards of the AKC and the UKC recognize two sizes for the Rat Terrier: the Miniature, standing 10 to 13 inches at the shoulder, and the Standard, 13 to 18 inches. Beware of those promoting “toy” or “giant” sizes or “rare” colors, which may actually be disqualifications.