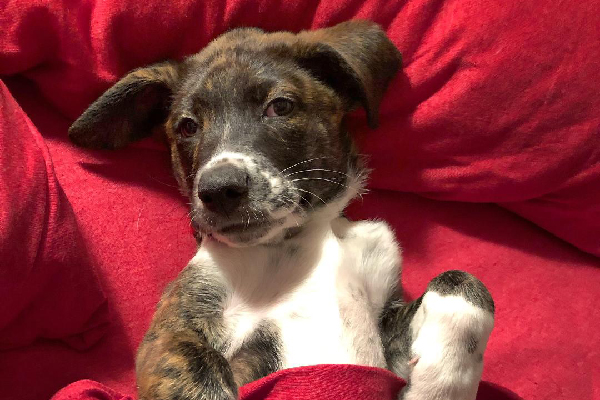 The Look of a Potcake

This varies from island to island but in the Bahamas, where they are a distinct breed, there are some common characteristics. Most Potcakes have short, smooth hair; cocked or folded ears; and a terrierlike muzzle. They look a bit like the average American Lab mix, with intelligent eyes and an obvious desire to please.

The Potcake is most often a shade of brown, though they also come in red, yellow, cream, black, and white.

Potcakes will return your love and affection many times over. They are loving, loyal dogs with intelligence as well as street smarts. Very adaptable, the Potcake will fit into your home after a short adjustment period. These dogs are easily housetrained and respond well to positive reinforcement obedience training.

Despite their street origin, Potcakes seem to have an immediate, intuitive bond with their owners and an almost empathetic quality. They are rarely shy and prefer to be around people as much as possible.

This type of dog is a true example of a mutt, with ancestors including terriers, bully breeds, and the Carolina Dog. Because the islands’ gene pool has been small, many Potcakes are typical of the breed. But before adopting a Potcake, spend some time together. Occasionally, traits such as fear aggression and extreme shyness show through.

Potcakes can have the general health issues of strays such as mange and ear mites. But, as with most mixed breeds, they are generally healthy.

The Potcake started out as a type of feral street dog in the Bahamas and in the Turks and Caicos Islands to the south. The term "potcake" refers to the thick leftovers of a pea and rice stew, which islanders often feed to the strays.

All of the islands are British Overseas Territories, and it is thought that some of the breeds that make up the Potcake are British, including the bulldog and various terriers. Some of the Potcake’s ancestors may have come to the islands with natives from South America, which would make them very close to the original dog prototype.

The Potcake became a designated breed known as the Royal Bahamian Potcake in the Bahamas in the late 1970s. Today, the Potcake is making its way into the U.S. and gaining in popularity thanks to the efforts of American groups such as the Royal Bahamian Potcake Rescue. Spay-and-neuter programs on the islands are helping control the feral population.