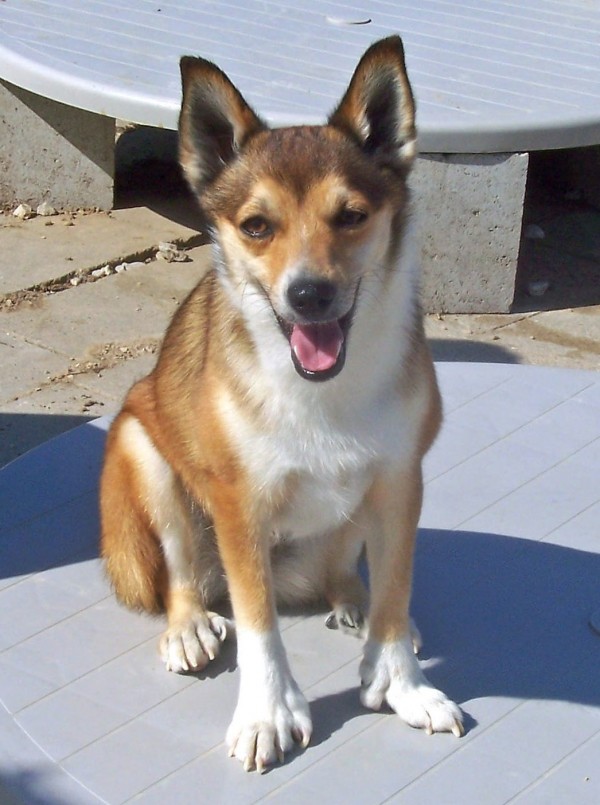 The Look of a Norwegian Lundehund

The foxlike Norwegian Lundehund has a very cuddly look and tends to attract owners who want an adorable little dog in a slightly bigger package. But this breed isn’t just pretty — it’s built for activity.

Its body is in proportion, with strong and agile legs. This dog has six toes on each foot, which help it to climb steep places. Because they have extra neck joints, they can turn their heads 180 degrees. Their longish snouts and erect ears are foxlike, as is their coloring.

The Norwegian Lundehund has a short, stand-up coat in reddish-brown or a light yellowish-brown with black hairs or black-tipped hairs throughout, which become more dominant as they age.

Norwegian Lundehunds often carry their tails in a ring, but they can also hang down. Their eyes are a deep brown and seem to say "Indulge me."

If you aren’t a people person, consider a different breed, because Norwegian Lundehunds tend to attract a lot of attention. They may be shy at first with strangers, but their need for attention usually quickly overcomes this. They are cheery dogs who love to play and are good at many sports, including agility.

Living with a Norwegian Lundehund is a joy, but they must get plenty of attention. Their family comes first; they make good companions for every family member.

Norwegian Lundehunds need moderate exercise and lots of play. They are easy to groom, but they do shed a lot.

The Norwegian Lundehund is trainable but can be stubborn. It can also be tough to house-train. The best approach is positive reinforcement training, including lots of praise.

Using a crate is also beneficial for Norwegian Lundehunds, as they like to be in cavelike spaces. They can be barkers, but this can be controlled with training and with the presence of a firm alpha leader.

Norwegian Lundehunds often have digestive disorders known as Lundehund syndrome or leaky gut syndrome. It may be an allergy to grain, so feeding a grain-free diet helps keep it at bay.

The Norwegian Lundehund is a Spitz dog that originated in Norway several centuries ago. It was developed to hunt puffins, but its numbers fell in the 19th century when Norway began to protect its puffin population.

During World War II, breeders began an effort to save the dog, although it remains rare. It was recognized by the AKC in 2008.