Next on The Scoop: The Top 12 Veterinary News Stories of 2013

Shelter Worker Who Dumped Dog in Dumpster Is Charged

Michael Papini works at a shelter, but what he did in the days before Christmas defies all logic.

Last Saturday Michael Papini, who works as a kennel attendant at the Islip Animal Shelter in New York, committed horrible acts against dogs, according to prosecutors.

Fortunately, he was caught and has been charged with felony aggravated animal cruelty, abandonment of animals, petty larceny and other crimes at First District Court in Central Islip, according to Long Island Newsday. 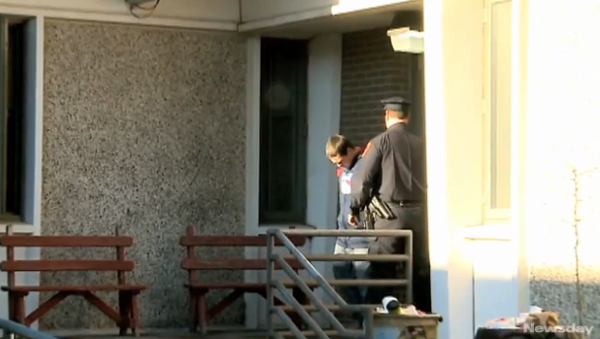 It all started last week, when Joanne Murphy, who could no longer care for her Lhasa Apso mix and her Miniature Poodle, contacted Papini, an acquaintance. He offered to take the dogs to the shelter where he worked to be put up for adoption. He picked up the dogs on Saturday, collected $250 from Murphy, and then went off the rails.

First, authorities say Papini tossed the five-year-old Poodle, Bailey, out of his car at 7 a.m. on Dec. 23. Then, he put one-and-a-half-year-old Cherry, the Lhasa Apso mix, in a cardboard dog carrier, put that in two black plastic bags, and then dumped her in a Dumpster. 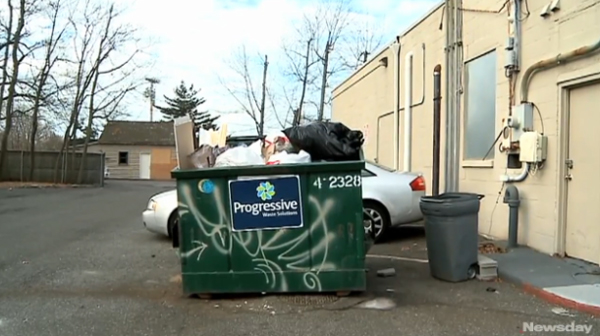 The dog spent a whole day in the Dumpster before a homeless man collecting bottles found her on Christmas Eve. Cherry had gnawed her way through the bags.

“I just happened to look to the side and there was a face looking at me,” Kevin Zabawski told NBC 4 New York. “There was this dog in there, and I thought ‘Who the heck would leave an animal like that in the Dumpster?’ It’s way too much for me.”

“It’s a miracle when you think about it,” SPCA chief Roy Gross said, according to the Wall Street Journal. “What are the chances … there’s a homeless person that looked in the Dumpster and found the dog sitting there, apparently it chewed its way out of the bag.” 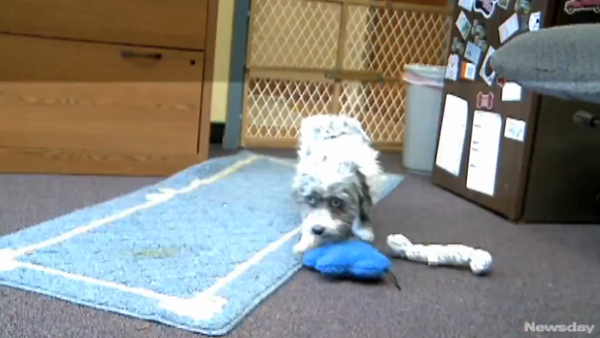 The dog, wearing a pink collar, was taken to a 24-hour animal hospital, where SPCA officers named her Noelle. She had severely matted and dirty fur, but was otherwise OK.

Surveillance camera footage shows both the crimes, and after news outlets aired it, Papini was identified. 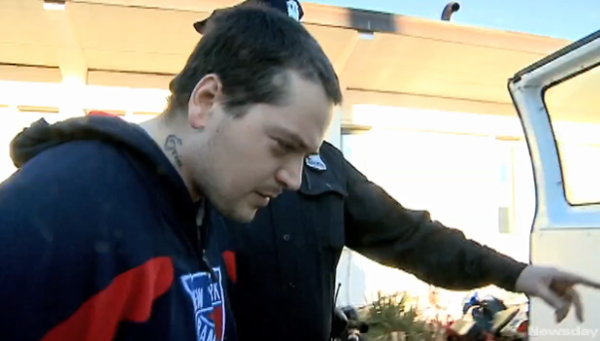 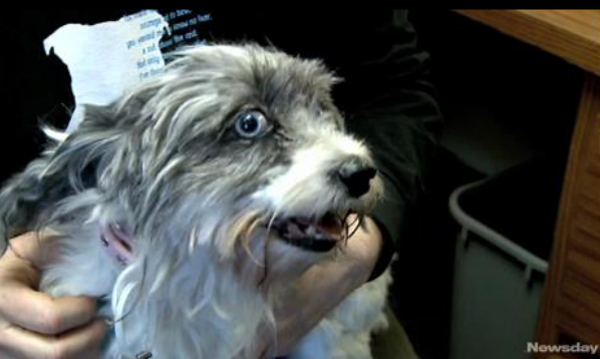 “I find it very disturbing that somebody would do that, and somebody working in an animal shelter makes it that much more disturbing,” SPCA chief Roy Gross said, according to Newsday.

As for Bailey, the Poodle, he is still missing, and the SPCA is offering a $500 reward for information that leads to the safe capture of the dog. Papini was arrested on Friday, then released on Sunday after posting a $500 bond. He is due back in court this week.