Next on The Scoop: Join Us In Celebrating Rosie the Chihuahua’s Legacy This Weekend

The Best Wedding Proposal Ever, Brought to You by 16 Pugs

Now this is romance done right: A man proposes to his fiancé with the help of sixteen Pug dogs in Central Park.

It’s every person’s dream to meet someone they can love and confide in — someone to depend on who celebrates you as you are. Someone who gets your sense of humor and is willing to do things just to make you smile.

Perhaps someone like Ed, a man from London who proposed to his fiancé in the best way possible — with sixteen adorable Pug dogs. 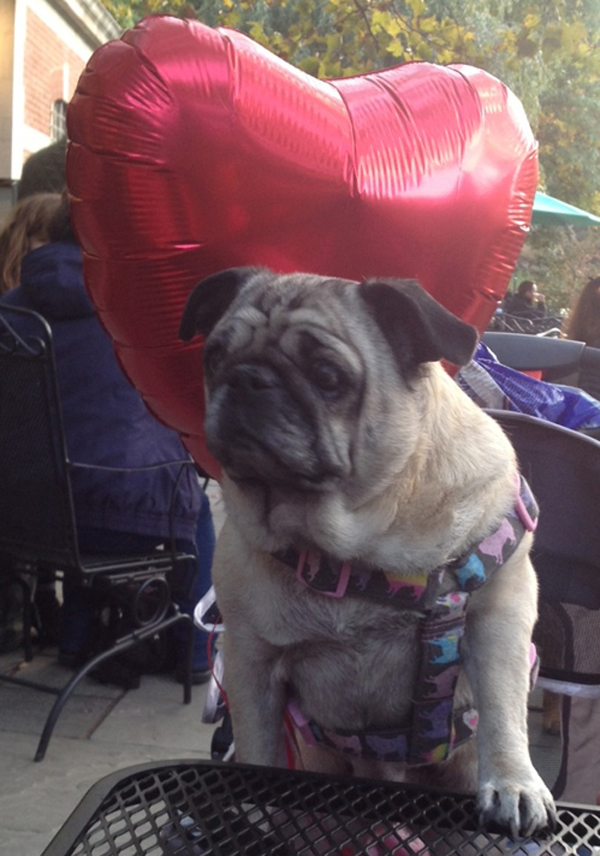 Initially, Ed envisioned just a few Pugs when he contacted the New York City Pug Meetup group to help him propose to his paramour, Alex. The couple doesn’t have their own Pug, but according to Ed, Alex simply adores the breed. Her face lights up like a Christmas Tree whenever she sees one. So, what better way to propose to the person you love than with her favorite dog breed? 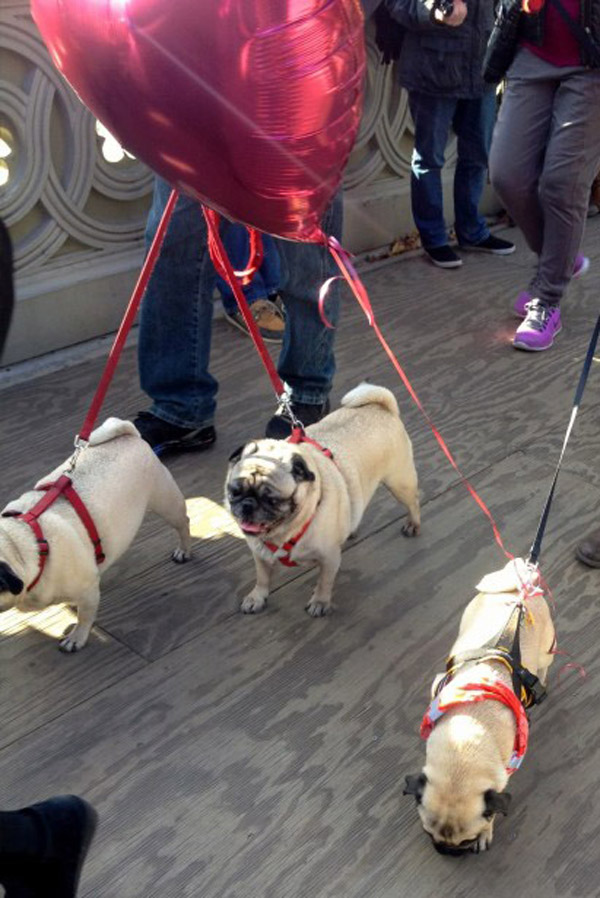 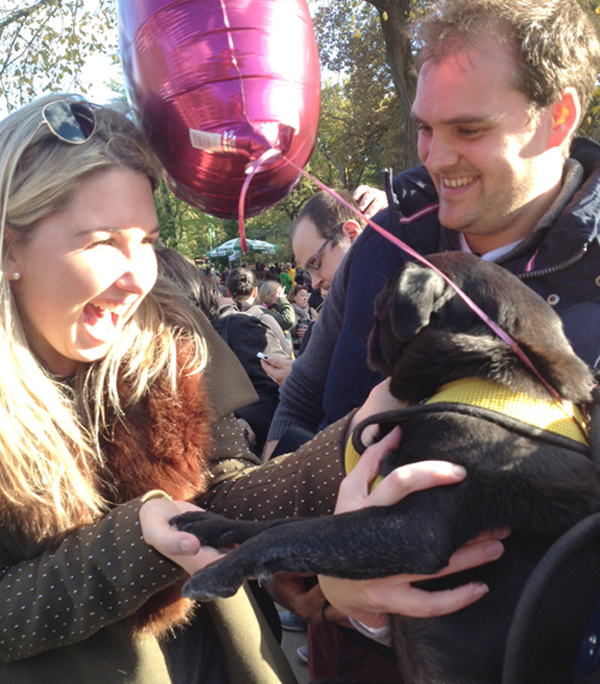 However, when Ed showed up to Bow Bridge in Central Park in New York, he was greeted by not a few Pugs, but sixteen wriggly, snorty little bundles of ecstasy. The scene was completed with a bouquet of heart-shaped balloons. When Ed dropped to his knee to propose to Alex, they was no way she could say no. (I mean, really, how do you turn down a guy with 16 Pugs and a ring?) 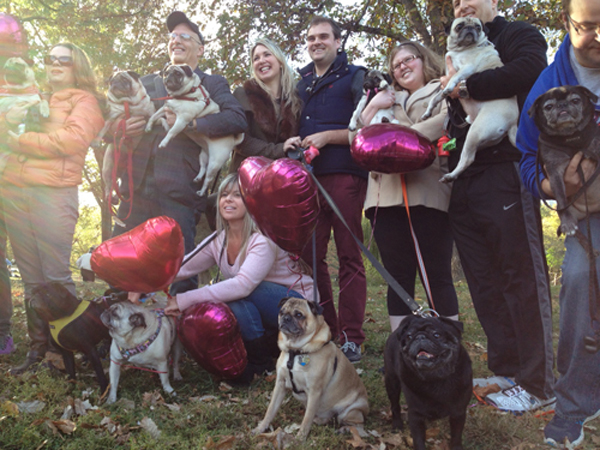 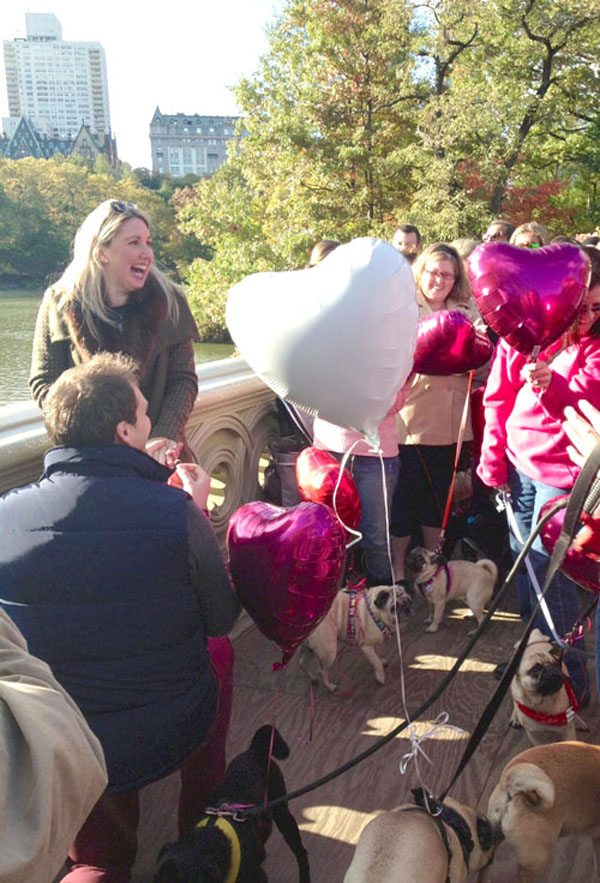 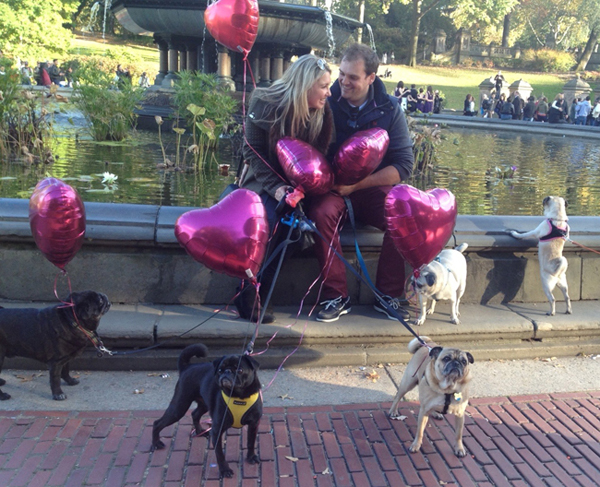 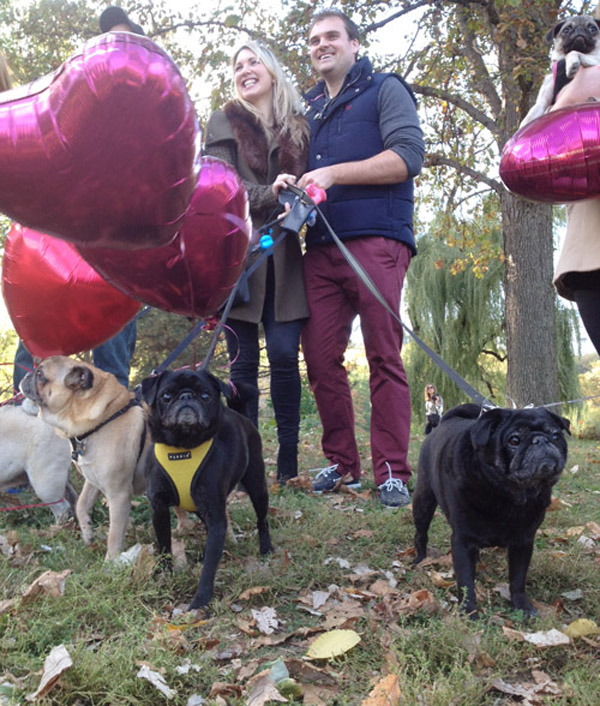 The event culminated with a stroll through the park and a quick photo op. Every Pug who participated received a commemorative tag. 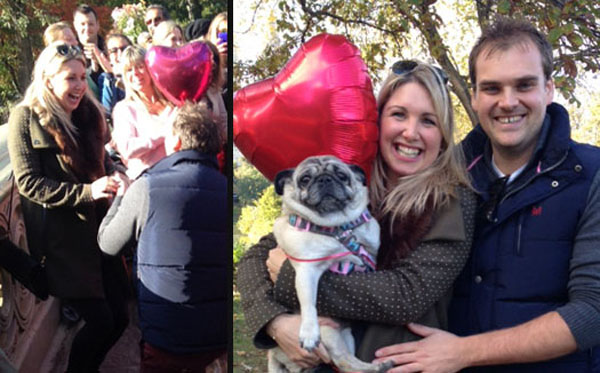 These are seriously the best photos ever, right? Maybe love is real after all!

Check out The Bark Post for the original story.

Read other posts on Dogster:

One comment on “The Best Wedding Proposal Ever, Brought to You by 16 Pugs”