Next on The Scoop: Dr. Seuss Can Help You Name Your Dog!

Trainer Maureen Ward has taught Mia and other dogs to read cards and follow their directions.

Australian Shepherds have an innate desire to get things done — and that includes learning words. Some of them know hundreds and even thousands of words. It was only a matter of time before one of them started to read.

She’s not up to books, yet. Mia reads words printed on cards, thanks to her dog trainer, Maureen Ward. The pair recently visited the Brown School in Louisville to show their stuff, according to Wave 3 News.

In an auditorium, Ward held up cards with words printed on them, and Mia reacted accordingly. One read “High 5.”

What’s that say?” Ward called out.

And so it went: Mia jumped at the “Jump” sign, sat at the “Sit” sign, spun at the “Spin” sign, and so on and so forth, even when a volunteer shuffled up the cards. 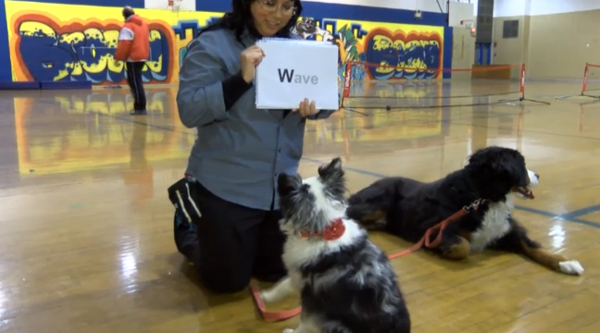 Mia’s best friend, Bauer, can also read. She’s a Bernese Mountain Dog. Ward taught her to read. Ward is teaching a lot of dogs to read.

“When I say by week four your dogs are qualified to read, and they’re like no way!” Ward says of other owners, according to Wave 3. “And sure enough the dogs are reading by four weeks and their jaws are just dropping to the ground.”

It’s not rocket science. It’s dog training. The dogs learn a vocal command, a hand gesture is added, the letters are incorporated, and the dog is reading. 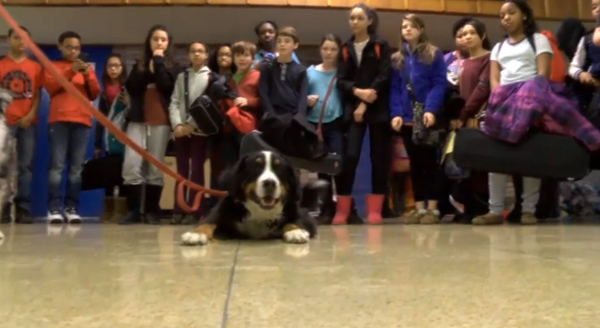 Ward says it’s really no different from how people learn to read.

“Basically the same thing,” Ward said. “Taking your letters and spelling them out.”

Dogs are really going places. Combine these dogs with the one who shoveled show the other day, and you’ve basically got a municipal government. 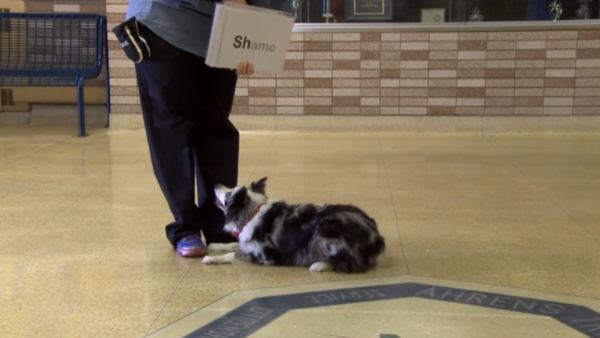