Next on The Scoop: 8 Hanukkah Gifts for Dogs and Dog Lovers

He followed the racing team through the jungle and back to one member's home in Sweden.

I don’t usually follow extreme sports much — or at all really — but it’s hard to resist the charm of Arthur, the stray dog who’s become an international sensation. Sweden’s Team Peak Performance was adopted by Arthur while they were competing in the Adventure Racing World Championship, a 430-mile trek through the Ecuadorian rain forest by bicycle, foot, and kayak. 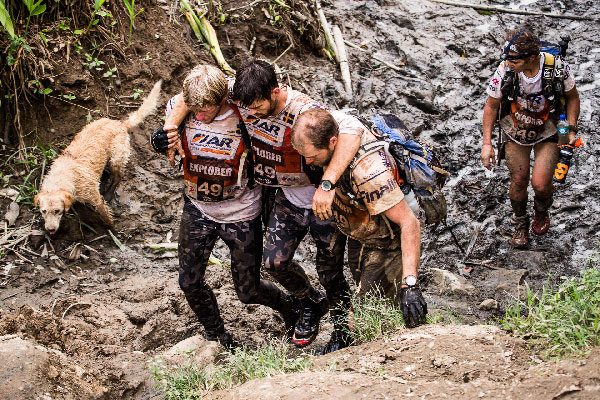 It all started with a meatball. Four days into the race, the team sat down to eat. Team captain Mikael Lindnord gave a canned meatball to a stray dog who was hanging around their encampment. From that point on, Team Peak Performance went from four members to five, even if the humans took a while to realize it.

“I didn’t understand that Arthur was following us until we were alone and he was still there,” Lindnord said on the team’s website. “At one stage, we had to take a break and the dog was totally wrecked. We opened two cans of food and let him eat, because he could find no food at all in the jungle.” 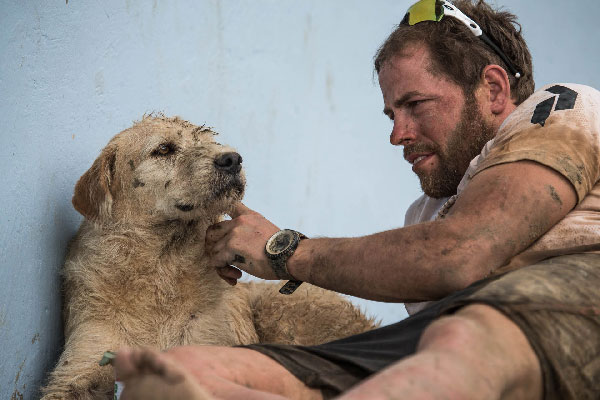 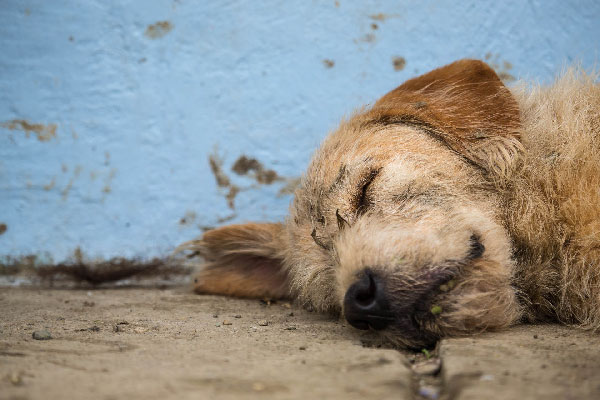 Arthur was determined to follow to the finish line, even when the team tried to get rid of him out of concern for his safety. When they reached the kayaking stage, organizers warned the team that the water would be unsafe for the dog, so they left him on shore. Arthur wasn’t having any of that and just swam after the team.

“It was too heartbreaking, and we felt we couldn’t leave him,” Lindnord said, “So we picked him up. We could hear the people cheer on the shore as we set off. But he was kind of in the way during the whole paddle, and we had to find different paddling techniques to not kick him off board. A few times he jumped in to the water and took a swim, and then he crawled back up again and was freezing so he got to wear our jackets. One time, we got quite close to land and he jumped off and swam to the shore, and we thought that was the last we were gonna see from him. But he ran on the road for a bit, and then he swam back to us.” 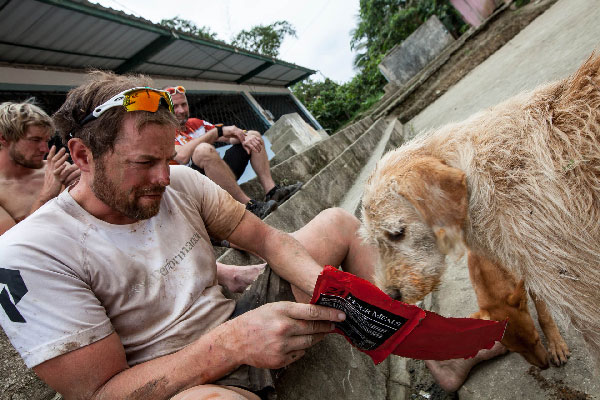 Team Peak Performance crossed the finish line two days after meeting Arthur. They didn’t win — they came in 12th in the 10-day race — but you can’t find any press about the team that came in first. The story of Arthur and his loyalty for the sake of a meatball captured the minds and hearts of the world, especially when Lindnord decided to take Arthur home to Sweden.

Crawling over mudslides and through dense jungle is one thing, but making your way through the bureaucracy to transport a dog from one country to another is truly fearsome. Doing it took an even bigger team; Lindnord and his colleagues used Twitter and Paypal to raise the funds needed to get Arthur to his new forever home. 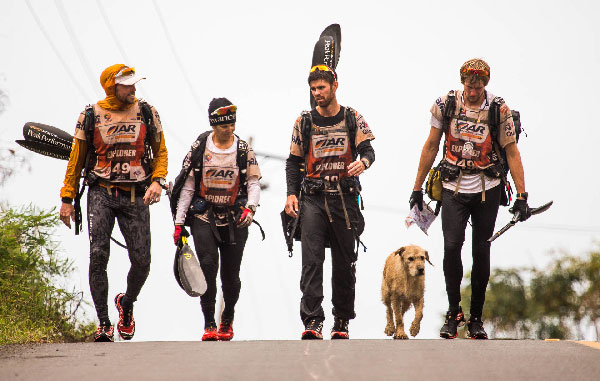 Even with the contributions from supporters, getting Arthur to his new home was no sure thing. Every time they made it past a bureaucratic obstacle, Lindnord posted an update on the team’s Facebook page, letting everyone know that they were that much closer to their goal. Among other things, they got treatment for a months-old wound on Arthur’s back. 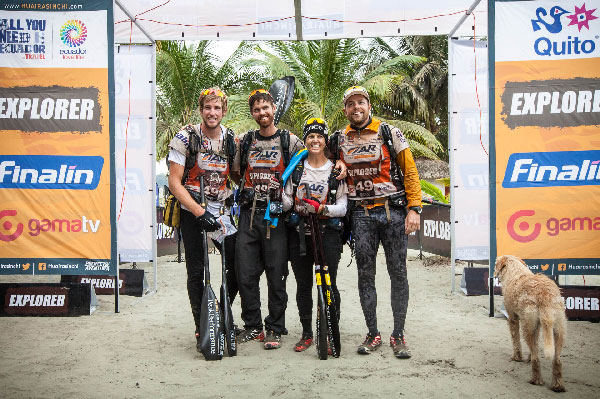 In the end, all that bureaucratic wrangling and crowdfunding worked, and Arthur is now in Sweden. Currently, he’s in a 120-day quarantine, but when he’s made it through that final obstacle, he’ll be joining Lindnord and his family at their home in Örnsköldsvik. 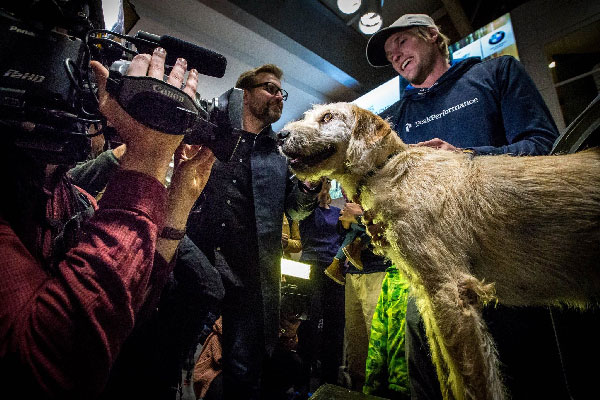 There’s a lot to feel good about in the story of Arthur and Team Peak Performance, but perhaps the best thing is this: The story does not end with them. Thanks to their experience in Ecuador, the team has established the Arthur Foundation to advocate for the rights of stray dogs. If you want to donate and help more stray dogs have happy endings, go to the website and hit one of the buttons at the bottom of the page.