Next on The Scoop: Nylabone Recalls Puppy Starter Kit Over Salmonella Fears
Vid We Love

The adorable "Oaktown Pup" features shelter dogs getting funky, plus it has a spay/neuter message!

Here in the San Francisco Bay Area, the East Bay SPCA has come up with a clever way to get the word out about dog adoptions. Last week, it released a video parodying Mark Ronson and Bruno Mars’ number one hit, “Uptown Funk.” The parody, titled “Oaktown Pup,” features staff members and rescue dogs frolicking and showing off in genuinely funky style. Oakland Mayor Libby Schaaf also makes an appearance, playing with a bunch of German Shepherd puppies. All of the dogs appearing in the video have already been adopted from East Bay SPCA shelters. 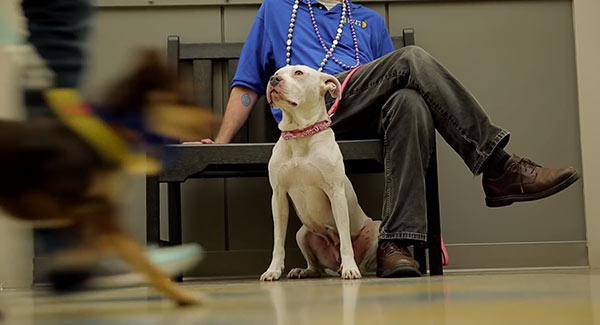 Admittedly, the video is a little bit corny — okay, more than a little bit — but it’s charming as well. The people and dogs are defintely having fun, and it not only gets across the message that adopting a pet is the way to go, but the video puts in several plugs for spaying and neutering your pet as well.

In a way, the Oakland SPCA’s video was inevitable. If they hadn’t done it, someone else surely would have. The original song has become so ubiquitous that parodies have been popping up all over the Internet, including “Suburban Funk” and the Harry Potter-themed “Dark Lord Funk,” which is performed by Voldemort and his cronies. 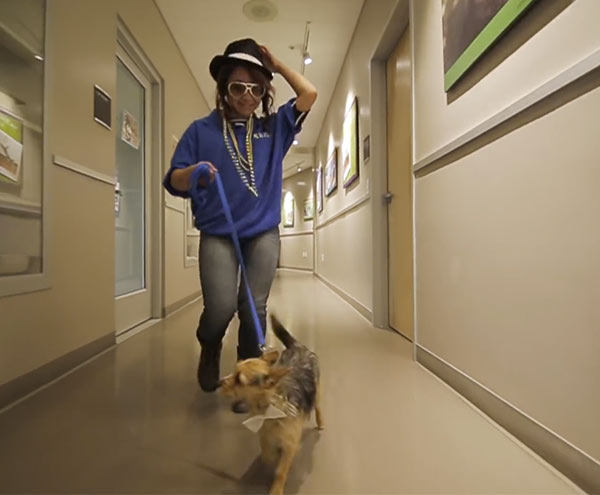 In addition, shelters are almost always in a state of crisis trying to get people to adopt, and playing with pop culture is a great way to remind the public that they are almost literally giving away pets who need forever homes. (Not including a few medical and processing fees, of course.) 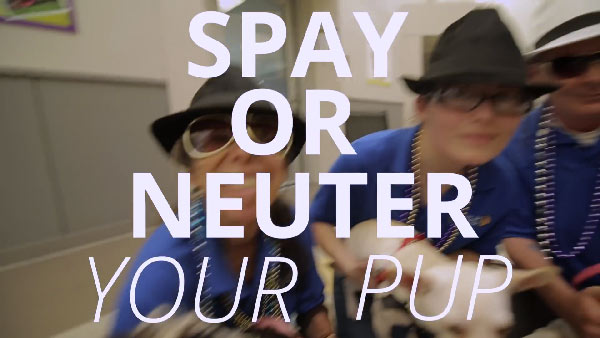 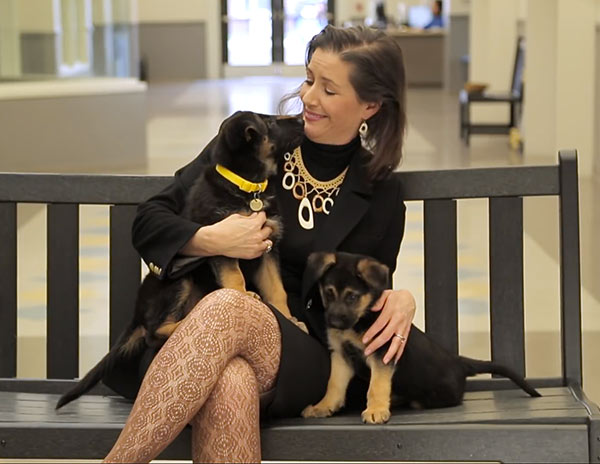 A few months ago, when Pharrell’s “Happy” was all the rage, the hosts of Life in the Dog House showed off their love for their eight rescue dogs by making a parody called “Yappy.” Naturally, it was a big success, and “Oakland Pups” is doing really well, too. Since it was uploaded last Tuesday, it’s been viewed over 730,000 times and stands a good chance of hitting the 1 million mark. The Twitter tag #OakTownPups is also getting a lot of coverage, helping to spread the word about the video and pet adoption alike.

Check out the video below, then pass it on to your friends.