Next on The Scoop: Dancing Nathan, Our Monday Miracle, Wants You to “Dance Nekkid”

Rescue Road Trips: A Man with a Big Rig Travels 4,200 Miles to Save Dogs in Kill Shelters

Greg Mahle makes the trip every two weeks; so far he has saved some 2,000 animals.

How far would you go to save a dog? Greg Mahle, founder of Rescue Road Trips, can tell you exactly how far he would go — and has gone. Every other week, he gets in a semi-trailer truck and leaves his home of Zanesville, Ohio, to drive a 4,200-mile route that takes him to Houston and on through nine other Southern states. The whole way, he picks up dogs who have been living in shelters. By the time he heads back north, there is an average of 80 dogs in the back of his trailer. The trip ends in New England, where the dogs go to new forever homes. 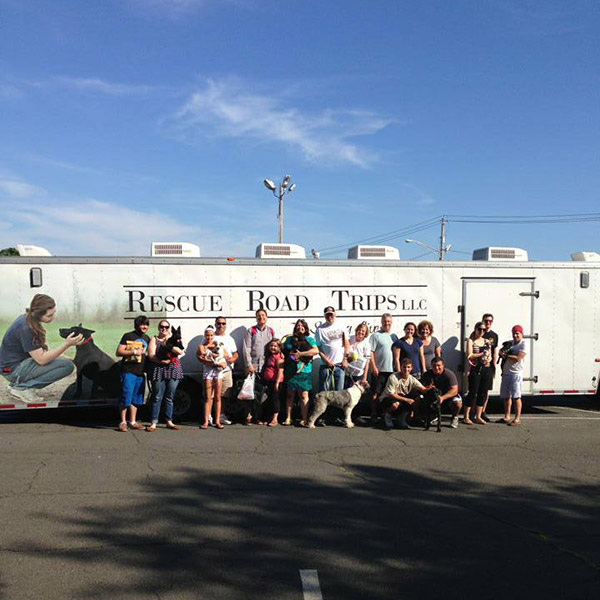 The Newark Advocate published a great profile of Mahle this week, detailing his love for dogs and his commitment to going far, far beyond the extra mile to save the lives of dogs. It’s an inspiring read, and I recommend you check it out.

One of the most depressing aspects of writing about animals is just how many get discarded and forgotten. Sometimes they linger in the system for a long time because their age, breed, or something else makes them unadoptable; if they’re not lucky enough to be in a no-kill shelter, they get an early death. 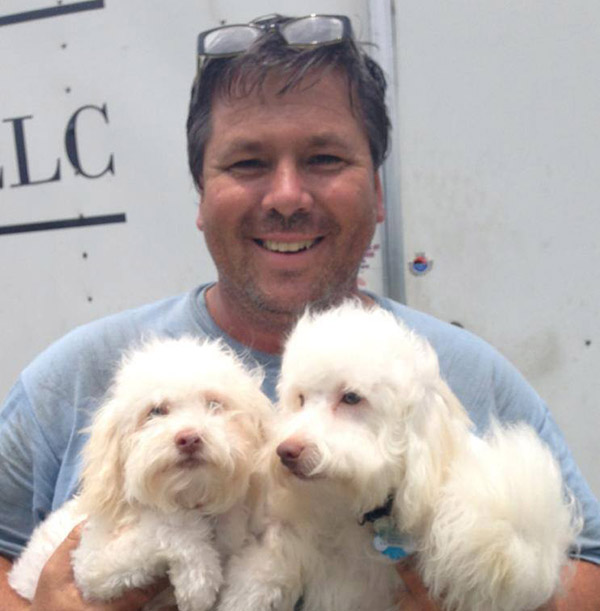 A lot of dogs in the Southern United States face the latter fate, hence Mahle’s long journey every two weeks. He’s been doing this for more than 10 years, when he started out with a single van. Using the semi, he rescues and rehomes about 2,000 dogs a year. That’s a pretty significant number, but even so, there are many that get left behind and never make it out of the shelter.

“I’m not able to change the whole world, I’m not,” he told the Advocate. “But for a few dogs, I can change their whole world.” 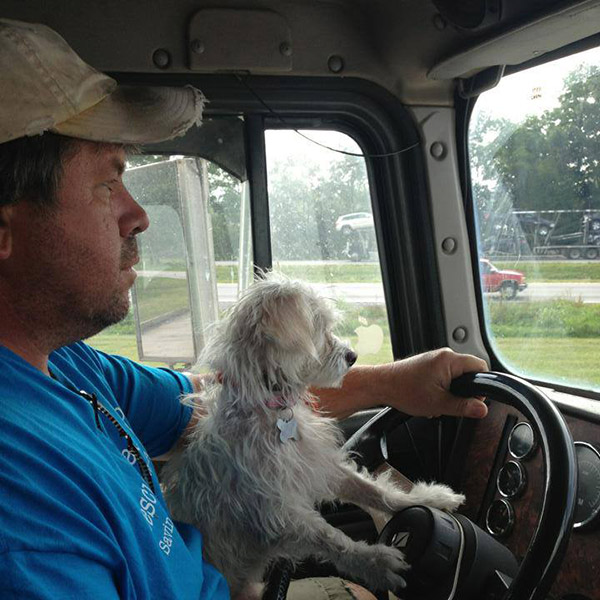 One of the reasons that Rescue Road Trips targets states in the deep South in particular is that spaying and neutering rates are very low there. Not only are people reluctant to do it themselves, but there are few laws requiring or encouraging it in those states. The shelters are overwhelmed by dogs, and sometimes dogs are killed within only a few days of arriving in order to make room for the new dogs, who are in turn killed to make room for the next batch.

The Rescue Road Trips website has very specific rules about which dogs can get space on the big rig. Most of them have to do with health issues, like spaying, neutering, and vaccinations, and are designed to comply with federal regulations on the transport of live animals. Rule No. 1 says, “We will not pick up a canine directly from a shelter/pound/animal control facility. They must be in a Foster Home/ Quarantine Facility/ Vet’s Office or Kennel for at least 2 weeks to ensure the animal is not harboring any contagious illness. This also allows vaccines time to take effect.” Rule No. 2 says simply, “Read rule 1 again.” 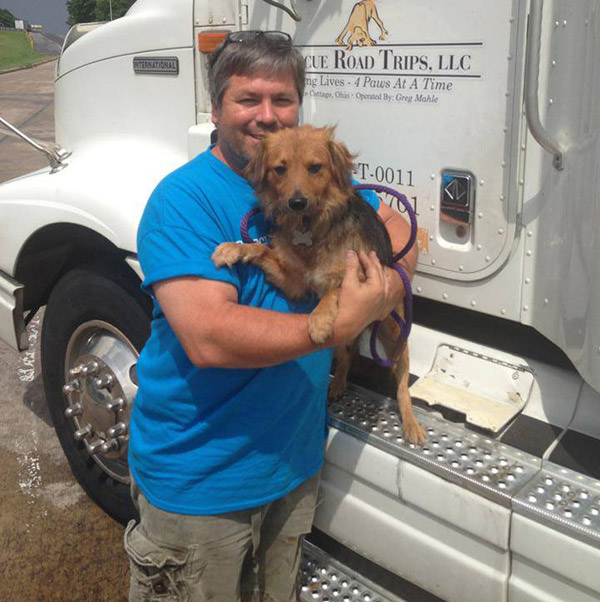 While on the road, Mahle sleeps on a mattress in the back of the truck with the dogs.

“From the time we leave, we live together, all of us,” he says in the Advocate interview. “I want to be with them, I want to know what’s going on with them because I don’t want them to be scared.”

It sounds like a hard life, but an inspiring one, and we really have to give credit to Mahle and all the people who work or volunteer with him to get this done. While he does charge a fee for families who take the dogs home, the majority of Rescue Road Trip’s budget still comes from donations. If you want to give money or goods to keep the wheels going, head over to the donate page on their website.

4 comments on “Rescue Road Trips: A Man with a Big Rig Travels 4,200 Miles to Save Dogs in Kill Shelters”