Next on The Scoop: A Dachshund Emerges from Behind the Bumper of the Car That Hit Her — Miles Later

Just How Safe Are Dog Actors While Filming Hollywood Movies?

If you've seen the phrase “No animals were harmed in the making of this film,” here's how the American Humane Association ensures that's true.

We’ve all heard the phrase, “No animals were harmed during the making of this film.” But can we ever really be sure that’s the case? It turns out there is a way. The American Humane Association (AHA) works to certify that animals are treated safely and humanely during the production of motion pictures, commercials and television shows in the U.S.

The AHA accomplishes this by having representatives present during filming to ensure the safety guidelines are enforced. The criteria used to determine a production’s safety for animals ranges from the level of security established to make sure the animals don’t escape from the set to whether a dog’s paws are protected from excessive heat, cold or abrasive surfaces. And animal safety during stunts is a big factor to a film production’s AHA rating. 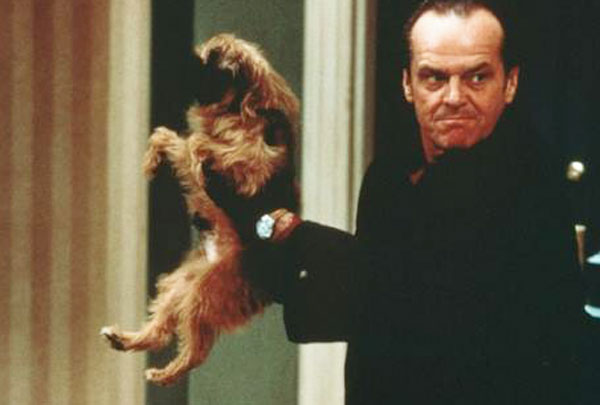 For example, in the 1997 film, As Good As It Gets, one of the key characters was Verdell, a Brussels Griffon. Six dogs portrayed the life of Verdell, and each dog possessed a special talent, look or personality trait. Melvin, played by Jack Nicholson, tries to coax the dog into an elevator at the beginning of the film. Melvin reaches for Verdell, and the dog starts to bark, growl and snap at Melvin, so Melvin grabs the dog’s snout with his hand. He then opens the garbage shoot and places the dog inside.

Was the dog okay? Yes. According to the AHA, the chute was padded to insure that the dogs did not encounter any rough edges along the way. All of the agitated movement made by the dog was accomplished as the trainer cued it with verbal commands and a food reward. The sound of growling and snapping was added later during post-production. 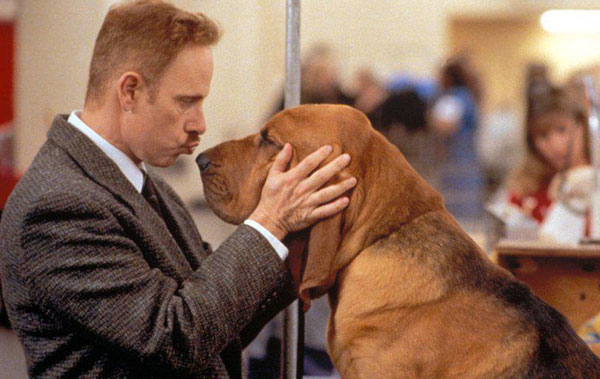 In the movie Best in Show, which was based on the Westminster Dog Show, most of the people in the movie were breeders with their personal dogs, who felt very comfortable in their surroundings. The dogs who belonged to the starring characters in the film were accompanied by trainers, and the actors were introduced to the dogs early in the production so they could get used to one another. 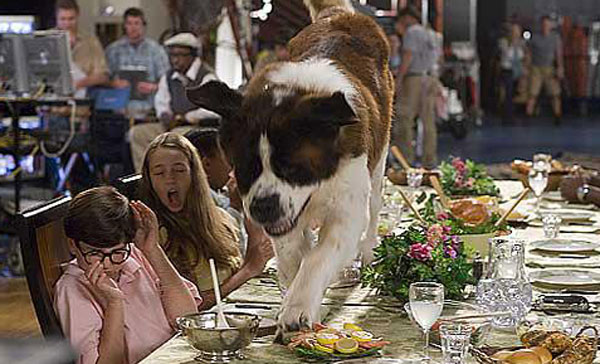 And in the classic movie Beethoven, the loveable Saint Bernard is the star of the film, with several trained dogs doing the work. Once Beethoven escapes from the lab and is adopted by his family, he visits the veterinarian’s office to get his shots. He sees the nurse come into the exam room with a large syringe and his eyes bulge. This expression was accomplished with the help of a mechanical dog head. When the nurse holds up the needle in the foreground we see a slightly out of focus Beethoven fall over and faint in the background. The “dog” in the background was actually a man in a dog suit. 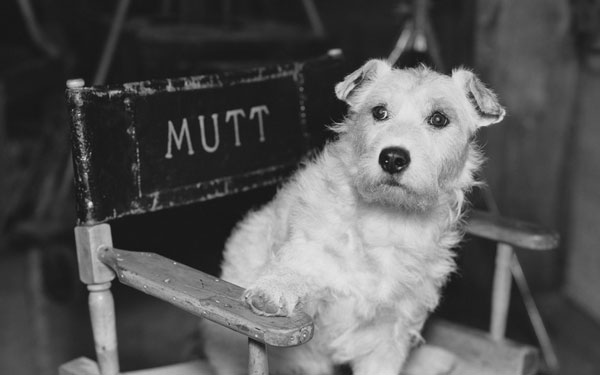 The AHA has a searchable website where you can find out a film’s rating. When a production meets or exceeds the guidelines, you will see a “No Animals Were Harmed” disclaimer in the film’s credits. Ratings range from “outstanding” to “acceptable” to “unacceptable.”

One comment on “Just How Safe Are Dog Actors While Filming Hollywood Movies?”