Next on The Scoop: On the Subject of Dog Adoption, I’m a Snob — How About You?

She has suffered greatly at the hands of a backyard breeder, but she still has room in her heart.

If I were Rosie, I might have a chip on my shoulder — she has suffered a lot at the hands of negligent humans. When rescuers found Rosie, she was barely recognizable. Was she a dog? A rat? Some sort of horrible experiment gone awry? Rosie is an example of the kind of cruelty greed can inspire. 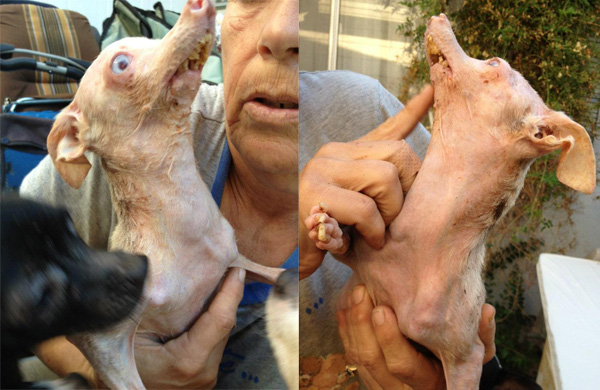 Like I said, if I were Rosie, I’d be pretty angry with everyone.

But Rosie is better than that. She’s a dog, and dogs are capable of forgiveness and compassion beyond anything I can comprehend.

Rosie even has room in her heart for four tiny kittens. 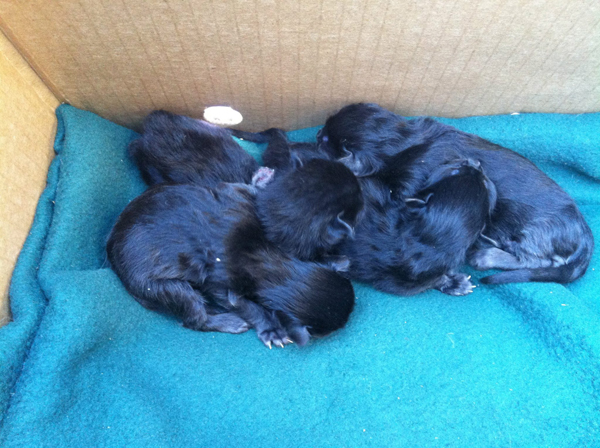 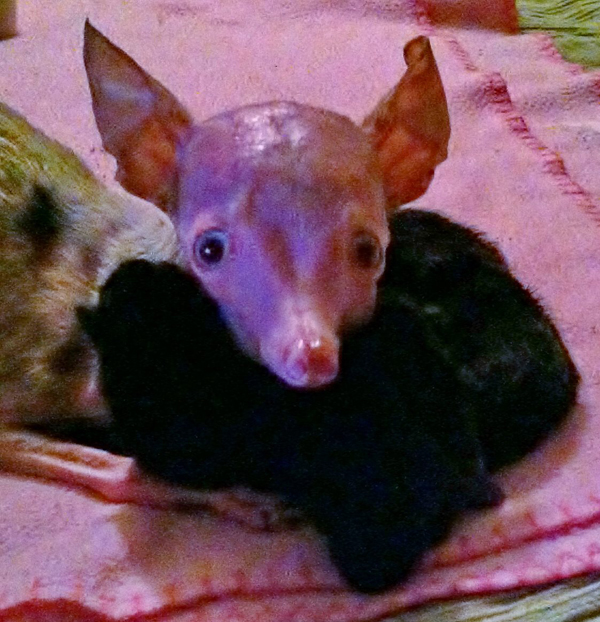 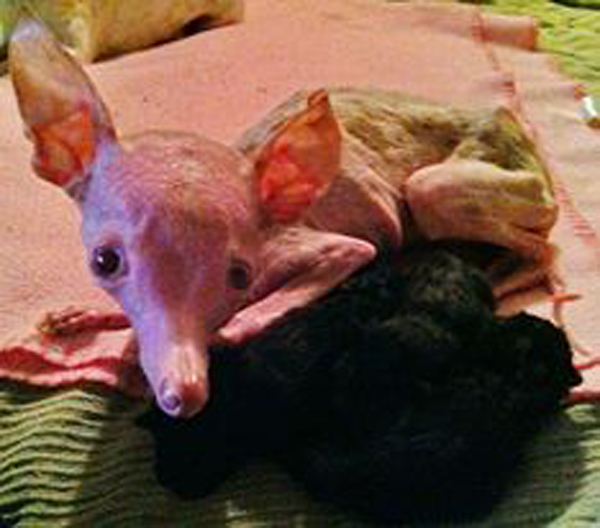 On Monday, Rosie’s human friend answered a call for help. Someone had discovered four newborn kittens in the garbage — their eyes not even open. Newborn kittens are not the easiest to care for. They require around-the-clock feedings and supervision — things their mama would do for them if only they were still with their mother. Fortunately, Rosie’s human friend has Rosie’s help. Though Rosie doesn’t have much to offer herself, the inbred Chihuahua has adopted the kittens — even going so far as grooming them. Despite everything Rosie has been through, she still wants to care for others.

Perhaps because she understands all too deeply what it feels like to be abandoned.

Check out Rosie’s Facebook page to keep updated on the kittens, and let her know Dogster sends our love.

Read more about Rosie on Dogster: