Next on The Scoop: How One Artist Is Painting 5,500 of the Dogs Who Never Found Homes

The 12 Dogs of Christmas: The United Nations Dogs

We recap the most awesome dogs of 2013. Today we salute some peace-keeping working dogs.

Today we check in on a bunch of political canines …

6. The Dogs of the United Nations 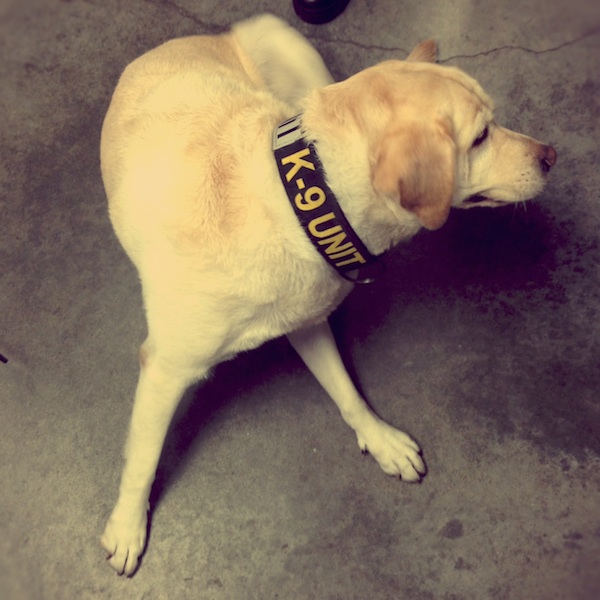 Back towards the end of September during the week ahead of the General Assembly, I got to go inside of the United Nations and meet the dogs that safeguard the political institution. To be honest, I was under the assumption that they would be German Shepherds, but it turned out that the U.N. uses labradors as working dogs to make them appear friendlier and more approachable to the public.

Speaking to a couple of the dogs’ handlers, Sgt. Wilson Barry and senior security officer Brent Hadley, I discovered that each dog forms a super close bond with his or her handler — and that in the case of Storm, she eats a very fancy diet based around deer and salmon!

It’s easy to forget that along with the great companionship they can offer as pets, dogs are all around us in a working capacity. Despite looking very lovable and cute, the ones at the United Nations actually undergo very intensive bomb-detection training and are some of the most revered and respected working dogs in the world. Let’s hope the likes of Storm and Chloe get to take a well deserved couple of days off this Christmas.