What holiday foods aren't safe for dogs? We list some festive items you should never feed dogs, and the best ways to keep them away from these toxic foods.
Facebook
Twitter
LinkedIn
Pinterest
Email

The holidays are all about family and friends coming together to celebrate the spirit of giving and the New Year. The biggest way we celebrate that is by eating food — and lots of it. From a traditional holiday meal on Christmas to appetizers and drinks on New Year’s Eve, you, and more importantly, your dog, will be exposed to a lot of tempting foods. And a lot of these holiday foods aren’t safe for dogs.

Some foods can cause upset stomachs or worse, poison and even potentially kill your dog. That’s why it’s crucial that you ensure your dog doesn’t have access to anything he shouldn’t eat.

So, what holiday foods aren’t safe for dogs? Here are a few key foods you might come across:

While plain white turkey meat itself is okay for dogs in moderation, the dark meats are fatty, and the seasonings and bones can cause problems for dogs. Turkey bones are the biggest danger for dogs, however, as they can easily splinter and puncture your dog’s digestive tract.

Other types of meats aren’t good for your dog, either. “Meats such as roast beef and ham can [wreak] havoc on a dog’s stomach,” says Dawn Pyne, the brand advertising manager for Embrace Pet Insurance in Cleveland, Ohio. “The high fat content, seasoning and salt can lead to intoxication, pancreatitis and gastroenteritis issues in dogs.”

Treating raisin intoxication is expensive, too. Pyne shares the case of a Beagle named AnnaBelle, who had a habit of eating things she wasn’t supposed to. “In one case, she ate four pounds of chicken and a box of chocolate-covered nuts,” Pyne says. “Then she ate a fruit cake, and the fruitcake claim ended up being about $2,800.”

Thankfully, Annabelle’s owner had pet insurance, and Embrace covered nearly the entire cost. For those without pet insurance, however, veterinary bills like that can be devastating.

Humans tend to heavily season foods, especially during the holidays. From mashed potatoes with gravy to biscuits slathered in butter, people food can cause all sorts of digestive issues for dogs.

Those aren’t the only foods to avoid. Some traditional holiday dishes, like brisket, potato latkes and doughnuts served during Hanukkah are often fried in oil or have a lot of seasoning and salt. Both can cause dehydration, lethargy or indigestion in dogs, Pyne explains.

The same goes for other foods, such as tamales and rice and beans, something my family traditionally eats on Christmas Eve. Oils and heavy seasonings can cause the same problems in dogs as traditional Hanukkah dishes.

To be safe, it’s best not to feed your dog any people food, unless you set aside some unseasoned foods just for him. Even then, those foods should be given only in moderation.

Chocolate can be poisonous to dogs, since they aren’t built to digest theobromine and caffeine. According to the Dogster article Chocolate Toxicity — Let’s Talk About Dogs and Chocolate “different types of chocolate contain different levels of theobromine and caffeine. The more concentrated the chocolate product, the more actual chocolate it contains and the more dangerous it is for dogs to consume.” The caffeine and theobromine can cause serious cardiovascular problems, and your dog should immediately go to the emergency veterinarian if you think he ingested chocolate.

Xylitol is another deadly ingredient for dogs. Used as sugar substitute, it can be found in many of the products we use at home without realizing it. According to the Dogster article Xylitol and Dogs — Why This Common Sweetener is Deadly, dogs that “consume products containing xylitol can develop low blood sugar (hypoglycemia) and seizures. In high doses, xylitol may cause liver failure. If a dog consumes large amounts of xylitol, he can even die.”

Keep chocolate away from your dog, and double check ingredient labels for xylitol.

As smart as our dogs are, they don’t know which foods are bad for them. It’s up to us to make sure they don’t get into anything they shouldn’t, or that your guests don’t feed them bad things. To ensure your dog stays safe, consider crating him or confining him to a room or area of the house while you have guests over and dangerous foods out.

Of course, your dog is a big part of the family and you probably don’t want to crate him or restrict him. Pyne has some tips for that.

“During the holidays, curious or bored dogs can easily get into trouble, so consider using Kongs or puzzle games to keep your dog occupied,” Pyne says. “Also, make sure there are no tempting treats within reach and that the garbage is secure. Embrace’s claims data supports that the stomach issues dogs that require emergency and costly vet visits are usually because the dog ate something inappropriate stolen from the table, counter or garbage.”

Tell us: Did you already know which holiday foods aren’t safe for dogs? Have you ever had a situation where your dog accidentally ingested a toxic holiday item?

This article was originally published in 2017.

Read more about the holidays and dogs on Dogster.com: 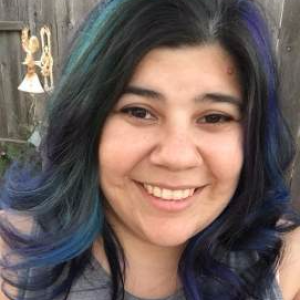