Next on The Scoop: Creating the Perfect Dog Playdate
Rescue 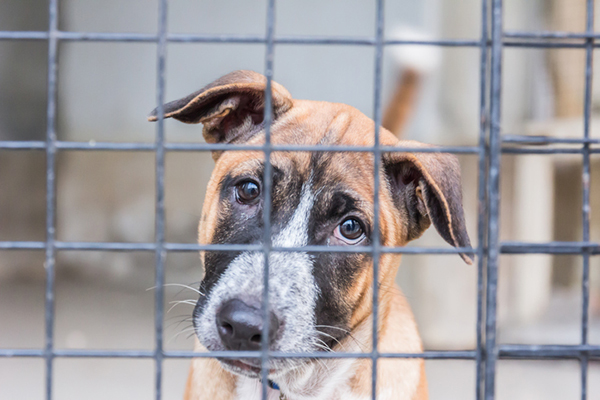 Happy National Adopt a Shelter Pet Day! Today, we’re celebrating some of the shelter dogs adopted by our favorite celebrities. We would love to hear the stories of your shelter dogs, too!

April 30th is National Adopt a Shelter Pet Day. It may not have the same prestige as other non-bank holidays happening today like National Mr. Potato Head Day or National Oatmeal Cookie Day, but can a baked good or plastic toy keep you company while taking the afternoon off to catch up on Kanye’s latest round of bizarre tweets? Probably not.

If you’ve been thinking of adding a four-legged friend to your life, there are currently thousands of shelter pets waiting right this second to be snatched up by someone like you. If you need inspiration from others who’ve taken the shelter route before you, here are a few famous faces who’ve chosen to #adoptdontshop when picking out their new best friend.

Super handsome guys adopt dogs too! And sweet Pit Bulls at that. #chrispine came to @northcentralshelter to find his new best friend and little Wednesday Weld won the lottery. Happy Trails, guys! And thank you for adopting from your local shelter. #adoptdontshop #shelterdogs #pitbull #blackdog #love

In a sea of sexy celebrity Chrises, not many have had the courage to swoop a misunderstood breed from a shelter like Chris Pine. As if the man couldn’t get any more perfect, he adopted a Pit Bull from LA’s North Central Shelter, saving the pooch from imminent danger much like he did saving thousands from a runaway freight train alongside Denzel Washington in Unstoppable.

He still hasn’t figured out to how beat Eli Manning in the Big Game, but if there’s one thing he’s great at, it’s identifying and getting cozy with gorgeous species of all types. Not least of which is a recent addition to the Brady/Bündchen fam, Fluffy.

She may have dated an MVP quarterback of her own at one point, but that guy is old news. She’s moved onto bigger and better things in the form of Frankie The Rapper. He may not be the fourth member of Migos (yet), but we’ll keep you abreast of any mix-tapes he drops on Soundcloud.

Thankful for @beaglefreedom and their mission to free captive pups from inhumane animal testing labs! Without BFPs work I wouldn’t be falling asleep next to Little Dog, being lulled by the sound of her heartbeat …. #whosavedwho #myrescuerescuedme #fucktestingonanimals ❤???????????????? @happyhippiefdn

Given that she often dresses like an overgrown, tattooed mouse, it’s natural that Miley Cyrus would be an animal lover. She went the extra mile in adopting an exploited beagle from Rescue Freedom Project whose mission is to free captive pups from inhumane animal-testing labs.

Today our baby, Puddy, has gone on to the pup heavens. John and I got Puddy in our first year of dating, when I convinced him half-birthday presents were a real thing. 10 years ago, on May 30th, I found the dog that would be there for us through every up, down, new house, new city, new tour, new travel. He welcomed new pups and loved on new babies and new bellies. He was there for everything. Every time I needed a taste tester, someone to kiss or needed to sob into his stinky rolls, he was there. It’s true what they say. We are their entire lives and it is the greatest shame that they can only bless us with a short spark of time in ours. I always knew I would lose a piece of me when he left us. I feel the hole now. I will love you forever, my boy. My heart aches. Thank you so much for everything, everything.

It makes sense that America’s most adorable couple are not only parents to Luna Simone, but to a gaggle of adopted bulldogs as well. While they’re clearly showered with love and affection, there’s no official word on whether the bulldogs are allowed to sit in on John Legend’s Illuminati meetings with Oprah and Jay-Z.

Rescuing a dog or two here and there is certainly admirable, but when you’re Miranda Lambert, that’s just the beginning. At last count she was the owner of seven rescue dogs, four rescue cats, five rescue horses and two rescue mini horses. She also runs her own animal foundation Mutt Nation, so not only can you be just like your favorite female country singer with a rescue animal, you can actually get your rescue animal straight from your favorite female country singer!

Hey planet ????, this is MACA. #adoptdontshop

When he’s not in the gym, which I assume is 22 hours per day on average, Zac Efron somehow finds time to rescue and care for a dog that was minutes from being euthanized named Maca.

Hey, you never know — your rescue pet just might make you rich and famous. Mr. Piffles went from pound puppy one second, to the world’s only Magic Performing Chihuahua™ the next. Along with the other half of the dynamic duo, Piff The Magic Dragon, they’ve performed all over the world in iconic venues such as Radio City Music Hall, Shakespeare’s Globe, the O2, London and Sydney Opera house. They were the opening act for Mumford & Sons on a 17-date UK tour and have graced the cover of their Grammy award-winning album “Babel.”