Next on The Scoop: Who Dumps Their Dog at a Park With a Bag of Toys?

Slices of pizza, tacos, and doughnuts all conspire against this uncoordinated pup in this viral YouTube video!

Fritz the Golden Retriever has a lofty goal: to catch food. Unfortunately, while he looks dapper in his neckerchiefs, Fritz isn’t exactly blessed with coordination. A YouTube video going viral rounds up the best of his attempts to snag snacks being thrown to him, with the footage coming across as both hilarious and, well, a little heart-breaking. 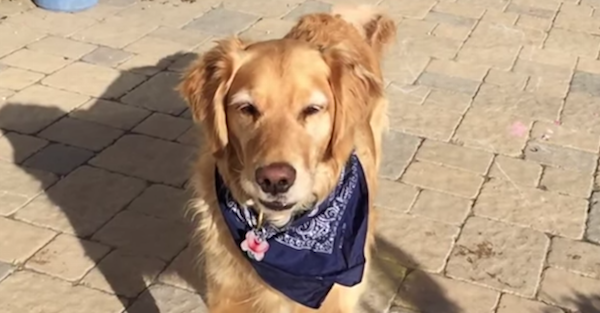 Relayed in slow-motion, the foodstuffs fly at Fritz fast. A doughnut lands on his chest after a brilliantly mistimed leap! A meatball smears his patriotic neckerchief after a stupendous jaw-chomping miscalculation! A rogue taco almost causes Fritz to flip 180 degrees in the air! 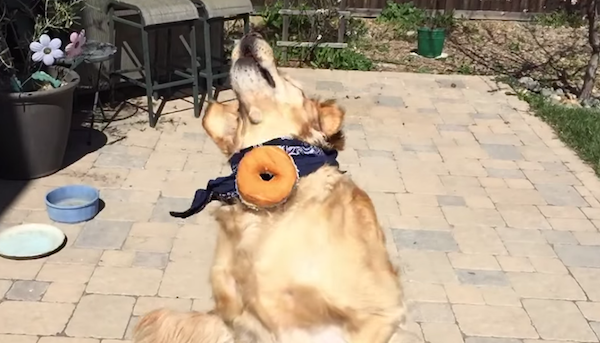 And on it goes, as foods such as strawberries, steak, and even a slice of pizza are launched into the air for poor Fritz to somehow keep on coming up short. 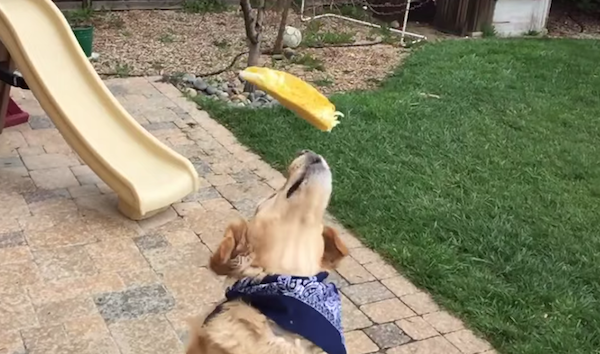 Then, just when all hope seems to be lost, Fritz’s salvation arrives in the form of a French fry. Watch the glorious moment in the video below.