Next on The Scoop: How to Live with Dogs if You Have a Dog Allergy
Ask a Vet

Raccoons and dogs don't mix. Here's what to do if a raccoon attacks your dog, and how to prevent a raccoon vs. dog attack in the first place.

I will preface this by admitting that I live in an urban area. In fact, San Francisco is about as urban as it gets in the United States. But I work and draw my work experiences from San Mateo County, just south of San Francisco. San Mateo County has urban areas (such as the city of San Mateo) and highly rural areas (such as the coastal mountains near Pescadero). San Mateo County is home to rattlesnakes, mountain lions, and coyotes. Red-tailed hawks are common, and bald eagles aren’t unheard of. All of these animals pose risks to dogs. But all of them combined don’t wreak a fraction of the carnage of another wild animal that is found everywhere, whether urban, suburban, or rural. I’m talking about the issues with raccoons and dogs.

I used to think raccoons were cute. That was before I started working nights. Now I honestly believe that raccoons are genuinely sadistic creatures that take pleasure in trying to kill dogs and cats. 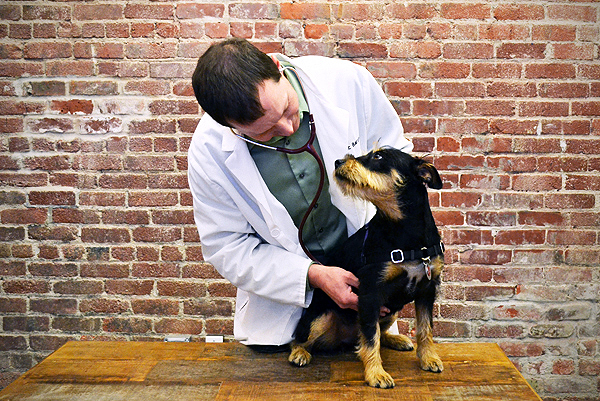 Dogs and raccoons: How and why raccoons attack dogs

Although raccoons sometimes kill cats for sport, cats generally have the good sense to steer clear of the masked animal bandits. Dogs and raccoons, on the other hand, often relish in a fight. It’s a fight they almost always lose.

Several months ago my office received a call that a nearly drowned dog was coming to the hospital. We prepared oxygen, thermal support and the supplies necessary to place an intravenous catheter. The patient arrived. He was hypothermic, comatose and was suffering from profound breathing difficulties. There were scratches around his face — especially near the eyes — and on his abdomen. I could tell immediately what had happened. It was a raccoon attack.

Here is a raccoon’s modus operandi when it attacks a dog: The raccoon attempts to scratch out the dog’s eyes. The raccoon rolls the dog onto its back and attempts to eviscerate it. Raccoons bite and scratch with amazing speed and ferocity. Their bites often penetrate the chest wall, leading to collapsed lungs. They may penetrate the abdomen, leading to septic peritonitis. They also have a knack for lacerating the urethra, causing urine to accumulate underneath the skin, resulting in terrible scalding and possible secondary kidney failure.

But this particular raccoon had engaged in a tactic that seems to be particular to those who live in Foster City, California. If you ever fly into San Francisco International Airport, look out the window on the left side of the plane during your final descent. You will see a developed area with houses and canals that connect with San Francisco Bay. That area is Foster City. Most houses in the city abut the canals. The people who live there love it.

Although I don’t like raccoons, I respect their intelligence. The raccoons in Foster City make use of those canals. They are fond of knocking dogs into the canals in order to try to drown them. 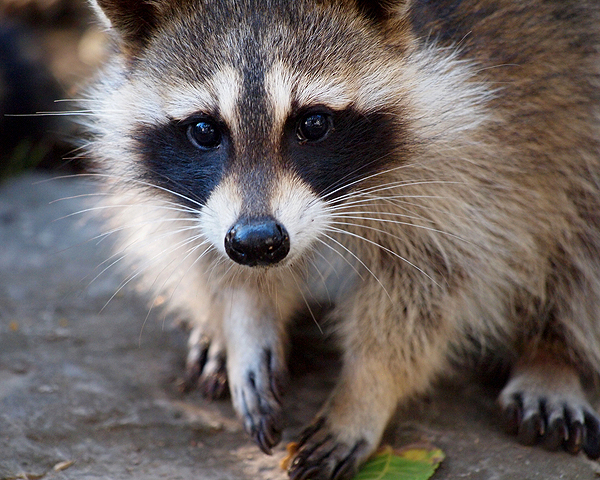 The aftermath of a dog vs. raccoon attack

Sure enough, the dog in question was from Foster City. After the dog was stabilized, I spoke with the owner. She reported that the dog had been in the back yard and had been pushed into the water by some other previously unidentified animal. The owner was drenched; she had jumped into the canal to rescue her dog. Unlike some other owners in similar situations, she had not been mauled by the raccoon. Often in these types of circumstances the owners must proceed directly from my office to the hospital, but this owner could go home.

The dog, on the other hand, required several days in the ICU. His initial radiographs (X-rays) showed marked fluid in the lungs. This fluid, it may surprise you to learn, was not water from his near-drowning. Rather, it was a type of fluid called non-cardiogenic pulmonary edema that is caused by brain oxygen deprivation. It resolved slowly over a few days. The wounds on the face did not affect the eyes, and they required no treatment other than pain killers and antibiotics. Pneumonia was a significant concern, but prophylactic antibiotics prevented it from taking hold. I am happy to report that the dog gradually regained consciousness and began to breathe more easily. Before the time of his discharge he was sufficiently stable to receive his legally mandated rabies booster.

Some people might call the dog lucky. And indeed, he was lucky to survive the incident. But he was, in my opinion, very unlucky to have been attacked by a raccoon. Sadly and incredibly, his case isn’t unique.

Watch out, raccoons might be lurking. A dog looks across a waterway by Shutterstock.

How to prevent a raccoon from attacking your dog

Raccoon attacks almost always happen at night. Dog owners need to be cognizant of the risk of raccoon altercations after dark. I have massive floodlights in my back yard. I turn them on and scan the yard before my pal Buster goes out at night. The lights no doubt annoy my neighbors, but they help to reduce — but unfortunately not eliminate — the chances that I will have to spend a night stitching Buster back together after a raccoon fight. Fortunately we don’t live next to a canal.

What do you think about dogs and raccoons? Has your canine friend ever had a run-in with a raccoon?

Thumbnail: Dog getting vaccinated at the vet by Shutterstock.