Next on The Scoop: Claire Fletcher’s Dog Illustrations Make Us Dream of Summer

Is Your Dog an Optimist or a Pessimist?

Researchers say they can tell the difference. Is your dog's water bowl half full or half empty?

Is your dog an optimist or a pessimist? Such questions as this run rampant through my head when I’m trying to sleep. Apparently, I am not alone in these musings.

A 2010 study released by the University of Bristol School of Veterinary Sciences in England explored the tendency of dogs to view the water bowl half full versus half empty, so to speak. Mike Mendl, the researcher who led the study, tested the pessimistic tendencies of 24 various shelter dogs. 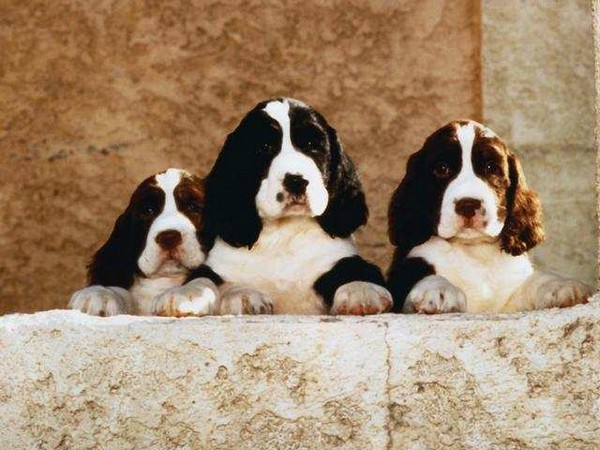 In the study, which was an undertaking of the Royal Society for the Prevention of Cruelty to Animals, the research group aimed to find whether so-called separation-related behaviors prevented dogs in shelters from finding their forever homes. Things such as scratching, chewing, and crying were all considered part of such behaviors.

In a statement to LiveScience.com when the study was completed, Mendl said the work showed that testing the behaviors is quite a good predictor of whether the dogs would go on to develop similar tendencies in new homes.

Each of the dogs spent 20 minutes playing with a researcher in a room. When the researcher played with the dog the next day, the pooch was left alone for five minutes and his behaviors captured on hidden camera. The crew then timed how long it would take for the dog to exhibit signs of separation anxiety.

Dogs were trained to associate a bowl of food on one side of the room with having a meal. On the other side of the room was an empty bowl. Researchers allowed the dogs to make a connection of where the full bowls were, and then they mixed up their locations. Researchers found that those dogs more eager to find food in the bowls were displaying optimism. A slower approach to the randomized bowls deemed the test dogs as pessimistic.

Baloney, I say! To each their own, seriously. Though pessimism and optimism in dogs cannot be determined with 100 percent certainty, this study gave me pause. I asked a few of my dog-loving friends and then thought about my own pooch.

“Carma Poodle is a optimist. She always has a tail wag for everyone, and no matter if it is someone or something new to experience — she is always ready,” dog mom Bunny Allen said. “Whenever I am having a bad day , she always finds a way to make it better.” Carma writes her own blog, so she can transfer her feelings to words.

Oklahoman June Myers said her 14-year-old Cocker Spaniel, Buster, is generally a happy optimist and trusts his parents that they will not let anything happen to him.

“He is confident with his surroundings and adapts well,” Myers said. “When we put his harness on, he heads for the back door for his smell walks.” Buster has gone blind in recent years but that has not stopped his can-do attitude.

Imagine two Viszlas with an eye for optimism and a heart of gold, and that sums up the personality of Sharon Gilbert’s dynamic duo, Schooner and Skipper.

“They love everyone and everything,” Gilbert said. “They love our 4-year-old grandchildren no matter if they try and dress them in a princess dress.”

Perhaps my favorite line of my research for this piece comes from Gilbert: “They know no enemies: Two-legged or four-legged furry friends.” Sounds like sunshine bottled in a canine body indeed.

I wonder then, about my own dog, Dexter. How can I say he is ever pessimistic when deep down inside I truly believe he is not that way at all? Dogs in general, at least to me, are not pessimistic beings. Do they get sad? Yes. Do they get depressed? Absolutely. Just like you and me.

I could have saved the researchers a shilling or two. We benefit from the eternal optimism of dogs.

So what do you think? Is your dog an optimist or pessimist? Write me below in the comments.