Next on The Scoop: Portable Cuteness: A USB Hub That Resembles a Poodle!
Ask a Vet

Ask a Vet: Lumps on Dogs — Do I Need to Worry About a Tumor on My Dog’s Chest?

"Fat lumps on dogs" go by several names: lipomas, fatty tumors and areas of fatty proliferation. Breathe easy: most are not dangerous.

My dog (7 years old) has a “fat lump” on his chest. The vet needle-aspirated it and she said it’s just fat. However, the lump has slowly gotten larger. Should I have it removed? I don’t want it to become an irritant for him, nor do I want to miss it becoming something more serious. -Thank you, Luke. 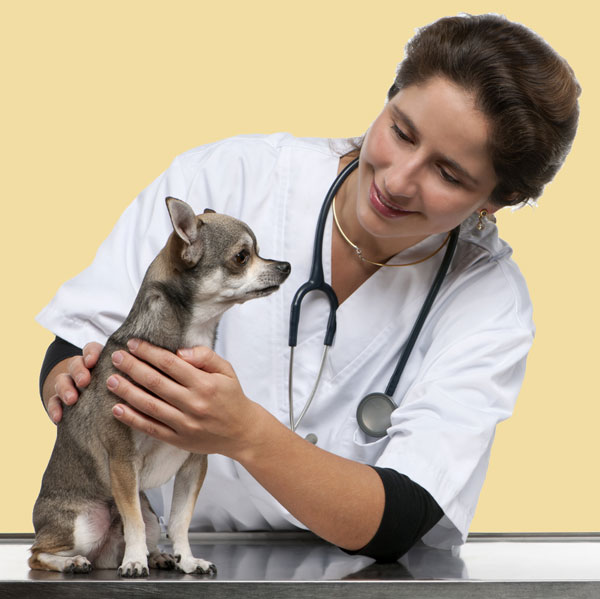 Vet examining a Chihuahua by Shutterstock.

“Fat lumps” go by several names: lipomas, fatty tumors and areas of fatty proliferation. Although all of the names refer to the exact same thing, I really try to avoid using the term “fatty tumor.” The T-word is scary and implies something dangerous. Lipomas on dogs (as they shall be called henceforth in this article) are technically tumors on dogs, but they are not dangerous.

Of the dogs I have met aged seven and older, a significant majority has at least one lipoma. Many of the older ones have several lipomas, and quite a few are riddled with them. My pal Buster (who is now seven years old) has just one so far.

Dog lipomas appear as discrete, well-circumscribed (that means you can tell where they begin and end), usually soft masses that can be palpated underneath the skin. Dogs with lipomas generally are not aware of their presence — they don’t hurt or itch, and the dogs don’t react when the lipomas are touched or handled.

Lipomas consist of fat, pure and simple. They are an aberrant but not dangerous proliferation of fatty tissue. Since all dogs, whether skinny or obese, have fat underneath their skin, all dogs may develop lipomas. Weight management is touted as one way to prevent the growth of lipomas, but in my experience lipomas have minds of their own — some grow rapidly and others remain small, regardless of the dog’s weight.

Any suspected lipoma should be sampled to confirm that it is not something more dangerous. (Some more serious tumors on dogs can resemble lipomas.) Needle aspiration is the simplest method, in which a small needle is directed into the center of the mass to harvest some of the contents, which are then viewed under a microscope. The procedure is fast and not especially painful. Sedation is almost never necessary, and complications are extremely rare. The procedure should be performed repeatedly to ensure that the result is accurate.

Once a mass has been confirmed to be a lipoma, I generally recommend taking no action. Most lipomas remain small, and even large lumps on dogs (I have seen lipomas the size of basketballs on Labrador Retrievers) usually don’t impact quality of life. Removal of dog lipomas, however, requires sedation or general anesthesia; it carries the risk of complications such as pain, infection, swelling, and inflammation; and it rarely does anything to improve quality of life or longevity. I therefore do not recommend removing most lipomas, and I have no intention of removing the one growing on my pal Buster.

Most rules have exceptions, and the rule against removing lipomas is not one that should be considered sacrosanct. DOg lipomas growing in areas that might impede movement and activity (such as near the armpit) may require removal, although I have not yet met such a lipoma. Also, especially fast growing or irregular lipomas may require removal to perform a more thorough biopsy. Rarely, cancers called liposarcomas can masquerade as lipomas, and these cancers need to be removed.

I firmly believe that lipomas should be tested and monitored. However, dog owners should take comfort from the fact that the overwhelming majority of soft, well-circumscribed lumps in dogs are harmless.

Posted in Ask a Vet,