Dog agility is a great form of exercise for you and your dog, but how can you get started? We take a look at the benefits of dog agility and resources for beginners.
Facebook
Twitter
LinkedIn
Pinterest
Email

What exactly is the sport of dog agility? Basically it’s an obstacle course that a dog runs in a specified order, navigating jumps, teetertotters and weave poles, among other obstacles, with the goal of completing the course as fast as possible.

Dog agility first came to the public’s attention after an exhibition at the Crufts Dog Show in the United Kingdom in 1978. It didn’t take long for the sport to gain popularity, and now there are now dog agility clubs and competitions all over the world.

Not only is it good exercise for both dog and pet parent, but the teamwork aspect of dog agility creates a strong canine-human bond. Deborah Davidson Harpur, dog agility trainer, handler and founder of the PM2 Dog Agility Team in Los Angeles has a pack of agility champion titled dogs who participate in the sport ranging in age from 1½ to 15.

Most of her dogs are Rat Terriers, but she also has Border Collies — both breeds that excel at the sport — and she has shown many other breeds in agility.

“People who like to have fun with their dogs and are a bit competitive really enjoy the sport,” Deborah says. “But you don’t have to compete in the sport to have fun. I have many students who train just to bond with their dog and to challenge themselves.”

Deborah says that one of the fun aspects of dog agility is recognizing your dog’s incredible intelligence. “At some point, the time comes where you make an error and the dog does the correct thing despite you, and you realize it truly is a team sport,” she says.

Getting started with dog agility

Attending a dog agility trial is a great way to get initiated into the sport. According to Deborah, most dog agility trials are in need of volunteers, and there are jobs that require no special skills, such as carrying a leash from the obstacle starting point to the end.

“Volunteering gives you a chance to watch competitors run and see if there are handlers that have dogs like yours or handle in a way you admire,” Deborah says. “Introduce yourself, and find out where they train if you are interested in classes.”

Most dog and handler teams can participate in dog agility competitions. There is no minimum or maximum ages for handlers, but there are age limits for dogs. Puppies cannot do high or repetitive jumping until their growth plates have closed, so a smaller dog will be ready to compete sooner than a larger dog.

“There are no breed restrictions,” Deborah says. “However, your dog must not be aggressive. Some places offer classes for teams who have dogs with reactivity or similar issues. Agility is a great way of bonding with your dog, so the help of a good trainer may even help with behavior problems.”

Deborah says that for her, the best part of dog agility is seeing her dogs enjoy themselves.“My dogs get to run fast and then play with their toy at the end of the course, and they get real meatballs — my dogs are big fans of meatballs,” Deborah says. “Beyond the dogs, I also enjoy meeting others from competitors all over the U.S. and seeing my friends from show to show.”

To learn more about dog agility check out:

Plus, could agility training help your aggressive dog? >>

Nikki Moustaki is a dog trainer, dog rescuer and pet expert. She splits her time between New York City and Miami Beach, Florida, and is the author of the memoir The Bird Market of Paris. Visit her on Facebook, on Twitter and at nikkimoustaki.com.

Read more about keeping your dog active on Dogster.com: 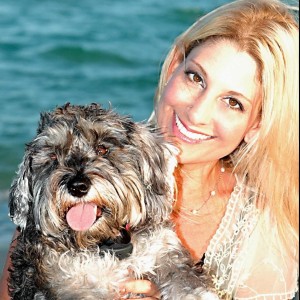