Next on The Scoop: 9 Products You and Your Dogs Will Love this Holiday
Health & Care 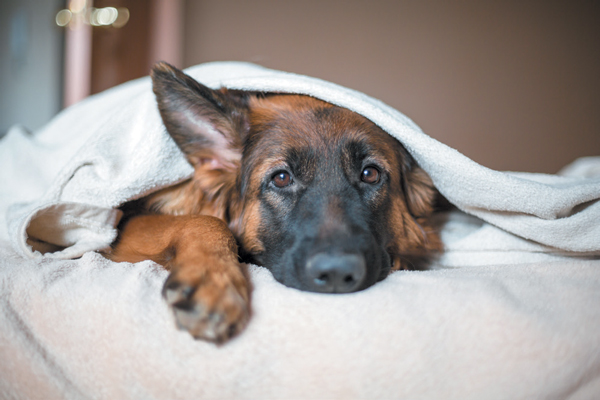 Did Your Dog Eat Human Medication? Expert Advice on What to Do

Accidental ingestion of human medication can be devastating for your dog. Let's take a look at an expert's advice on what to do and how to avoid it.

I didn’t know if I was looking at a Cocker Spaniel or a miniature Cujo. Gracie, a 3-year-old sweetie I’d known since puppyhood, was a hot mess of mangled fur, dripping drool and wild eyes. At that moment, she was about as sweet as a jalapeño pepper.

“I turned my back for a second, and she swiped my allergy medication off the counter. I didn’t think it would hurt her. Then she started acting like this a couple hours later. Can you help her?” I scanned the torn package label as Gracie’s mom sobbed her story. I’d seen this before.

“Sudafed contains pseudoephedrine, an antihistamine that can be poisonous to dogs at high doses. Fortunately, you caught her quickly, and it appears she only ate two caplets. That dosage may certainly make her sick, but I think we can treat her.”

The dangers of human medications

I once saw a dog who ate nearly half a bottle of Adderall, an ADHD treatment, causing a series of mild seizures and tremors. The owners reported their child had inadvertently left the prescription on the bathroom counter, snapped up in an instant by their furry household counter surfer.

Nutritional supplements and herbal remedies are also common causes of medicine cabinet catastrophes. I’m especially concerned about vitamin D, which when consumed in large amounts can cause elevated calcium and phosphorus levels and kidney failure. Iron supplements can trigger severe vomiting and bloody diarrhea. Herbal supplements containing garlic, gingko, ginseng and ephedra (Ma Huang) should be kept away from dogs.

Generally speaking, if your canine scarfs any supplement, check with your veterinarian immediately.

Gracie was rushed to the treatment ward and given activated charcoal and started on intravenous fluids. The charcoal would hopefully block continued absorption.

Many human medications are extended-release formulations, such as Sudafed 24-hour, meaning Gracie was at risk for a considerable time after ingestion. Inducing vomiting wouldn’t help because Gracie had eaten the pills hours earlier. I gave her a small amount of intravenous acepromazine to ease her agitation and cyproheptadine to prevent a potential pseudoephedrine overdose side effect called serotonin syndrome.

Gracie recovered from her medicine cabinet catastrophe, although her mom was worried sick for the next week. Our dogs depend on us to be good stewards of their health and protect them from risks they can’t comprehend. Accidents can happen in the flash of your dog’s tongue; take this opportunity to dog-proof your medications.

While it’s impossible to completely prevent a dog from accidentally ingesting a medication, here are some sensible precautions for any home:

Dr. Ernie Ward is an internationally recognized veterinarian known for his innovations in general small-animal practice, long-term medication monitoring, special needs of senior dogs, and cats, and pet obesity. He has authored three books and has been a frequent guest on numerous TV programs.

9 comments on “Did Your Dog Eat Human Medication? Expert Advice on What to Do”