Next on The Scoop: Rescuing and Giving Back to Blind Dogs
Health & Care 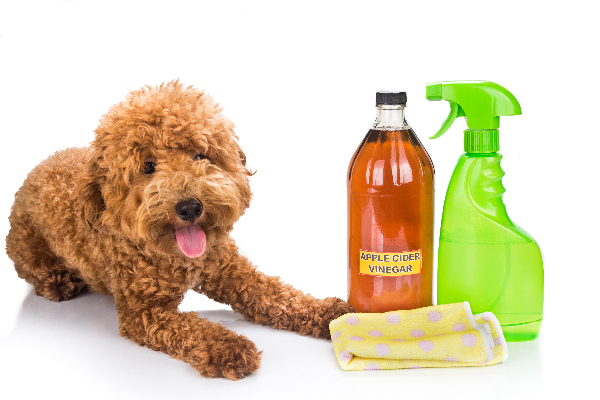 Let’s Talk Apple Cider Vinegar for Dogs — Can You and Should You Use It on Your Pooch?

First, what is apple cider vinegar? 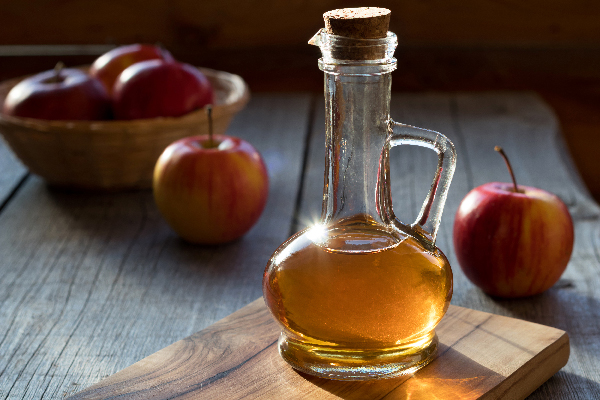 Why apple cider vinegar for dogs?

Apple cider vinegar for dogs as a skin treatment

Apple cider vinegar for dogs as a pest repellant

Note: As with any flea/tick repellant, it’s important to regularly inspect your dog for signs of fleas or ticks, especially if they are prevalent in your area.

A vet’s opinion on apple cider vinegar for dogs

“Apple cider vinegar isn’t a cure-all for much of anything in dogs,” Dr. Heather Loenser, Senior Veterinary Officer at the American Animal Hospital Association, cautions. “While it tends not to be toxic, there are safe and effective medications prescribed by a veterinarian, that can treat a dog for ear infections, allergies, GI upset, fleas and other common conditions where apple cider vinegar is erroneously used.”

The bottom line on apple cider vinegar for dogs

So, the good news is including apple cider vinegar as part of your dog’s diet isn’t likely to hurt him … but it’s also unclear just how much apple cider for dogs will help. As with any natural, alternative or holistic veterinary remedies, it all comes back to personal choice — and checking with your vet to make sure your choices are safe for your dog. And if you choose to use apple cider vinegar for dogs, never give it undiluted. Always dilute it with water.

Tell us: What do you think of apple cider vinegar for dogs? Have you ever used it for anything with your dogs?

Sassafras Lowrey is an award-winning author. Her novels have been honored by organizations ranging from the Lambda Literary Foundation to the American Library Association. Sassafras is a Certified Trick Dog Instructor, and assists with dog agility classes. Sassafras lives and writes in Brooklyn with her partner, a senior Chihuahua mix, a rescued Shepherd mix and a Newfoundland puppy, along with two bossy cats and a semi-feral kitten. Learn more at sassafraslowrey.com.

64 comments on “Let’s Talk Apple Cider Vinegar for Dogs — Can You and Should You Use It on Your Pooch?”