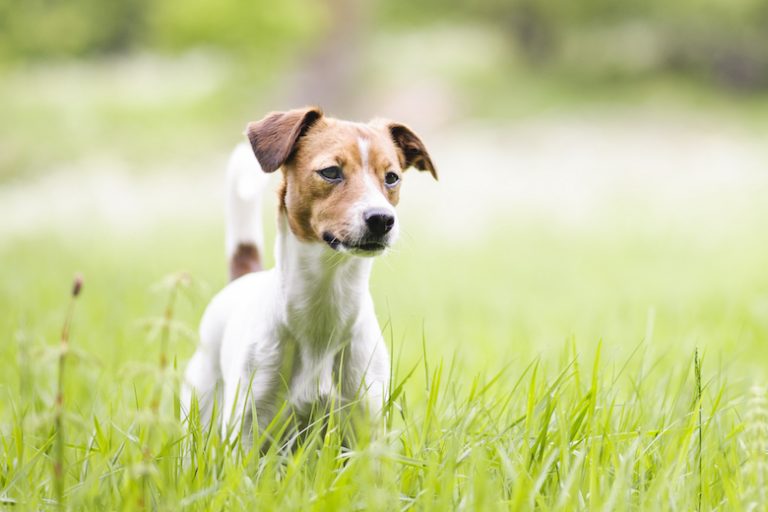 The Danish-Swedish Farmdog is an affectionate, playful, intelligent dog who makes a great family companion as well as a good ratter and watchdog.

The Look of a Danish Swedish Farmdog

Though this smooth-coated, compact dog looks a lot like a Jack Russell Terrier, it is more closely related to the Pinscher. Indeed, when you meet one, “terrier” is what pops into your mind.

The Danish-Swedish Farmdog is an affectionate, playful, intelligent dog who makes a great family companion as well as a good ratter and watchdog. Despite looking similar to the Jack Russell Terrier, it has a different personality. While both are energetic and vivacious, the Danish-Swedish Farmdog is a much quieter and gentler breed, without the gameness or the possible dog aggression of the Jack Russell.

Because the Danish-Swedish Farmdog was bred to work on farms, it enjoys open spaces and needs plenty of exercise. They are devoted to their families and love to be the center of attention. If you want comic relief around the house, this may be the breed for you.

The Danish-Swedish Farmdog has a short coat that repels dirt, so grooming is minimal.

The Danish-Swedish Farmdog often matures more slowly than similar breeds, which means a longer period of adolescence including stubbornness, propensity to chew anything, and possible trouble with marking and mischievousness. These can be curbed with engaged playing, chew toys, and consistent training, but you must be patient. Luckily, training is easy.

The Danish-Swedish Farmdog is a healthy breed, with no specific recorded health issues.

Though this breed has been around for centuries in Scandinavia, it was not recognized as the Danish-Swedish Farmdog until 1987. Despite its terrierlike looks, its origin is linked more closely to Pinschers than to Terriers.

Today, there are fewer working Danish-Swedish Farmdogs in Denmark and Sweden as the number of small farms has declined. The breed is more often a companion dog nowadays and can be seen in small numbers in the U.S.