Next on The Scoop: Watch the Fainting Schnauzer Currently Exploding YouTube

Thousands of people in Detroit are having their water shut off, so PETA says that it will pay the bills -- only if the recipients promise to be vegans.

Rule number one for animal lovers should go something like this: Caring for the welfare of animals does not get you out of your responsibility to your fellow human beings.

A part of me would like to think that didn’t need to be said. When I see people who care about animals and will go to great lengths for his or her dog or cat, my natural instinct is to assume that this person is likely to show the same kind of compassion for human beings. Fortunately — or unfortunately — there’s groups like PETA to keep me grounded in reality. 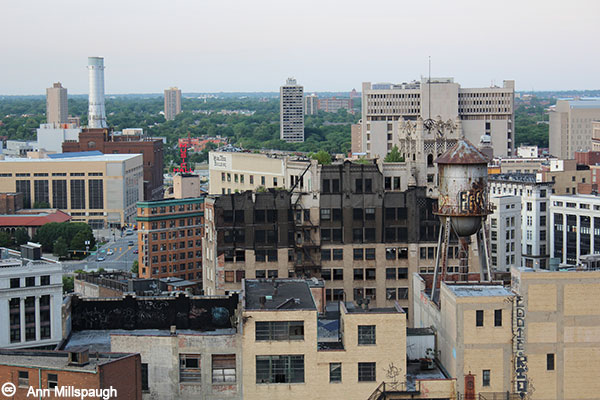 PETA’s latest media antic is an attempt to exploit the water crisis in Detroit. This week, the group announced that it would be happy to pay the water bills of 10 families — if those families would be willing to commit to a vegan diet for one month.

The reason that the crisis in Detroit has so many people watching in stunned horror is that thousands of people are being denied a staple of life — water — because they can’t pay their bills. From the corporate point of view, their money is more important than their lives.

PETA’s offer is contemptible, condescending, and ignorant, and an excellent example of why I think that the group is bad for humans and animals alike. In essence, the offer is identical to the position of the city utility: Do what we say, or you can’t have one of the basics of life. The United Nations has quite justly condemned the shut-off campaign as a violation of human rights. Just as human rights are not dependent on the ability to pay for them, they’re not dependent on a person’s choice of religion, sexuality, political party, or diet. Human rights come as part of the package, just by showing up on the planet. 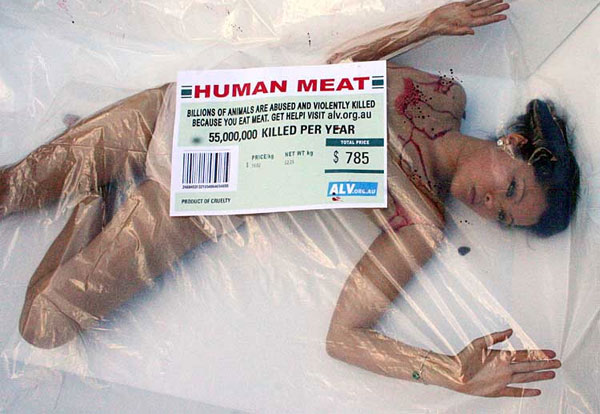 The shut-offs are not because Detroit happens to be filled with people who are too lazy and cheap to pay their bills. They’re happening because of systemic poverty; most of these people are having to do a very deadly kind of calculus every month, where they choose between paying the bills for food, housing, water, and medical care. When you’re that broke, the questions are answered based on what you need today. Tomorrow, next week, and next month will have to take care of themselves when they come around.

I’ve been known to display a certain cynicism toward my fellow human beings, but PETA consistently jumps over the line into a poisonous misanthropy that leaves a bad taste on my tongue. Some people claim that the group is too radical, but ultimately, my problem with PETA is that it is essentially conservative, and it will gleefully pander to the sexism, racism, and class prejudices ingrained in our society.

Perhaps I would be a little kinder to it if I thought that it was genuinely doing good things for animals. But I really do see the fate of animals and humans as being intertwined. If you don’t understand the realities that your fellow human beings are dealing with every day, there’s no way that you’re going to be able to advise them on how to care for the animals in their lives, either. PETA seems not only unable to understand the realities of human beings, but unwilling to even try.

For instance, one of the realities that poor people in America face are “food deserts.” Poor neighborhoods have fewer grocery stores, they’re farther apart, and those that are there offer fewer choices in food. Just as an example, it’s easy for me to pick up organic foods in downtown Berkeley. We have an Andronico’s, a Trader Joe’s, and a Safeway, all within about a mile radius, with various specialty shops in between.

When I lived in Brooklyn, however, most of our daily shopping was done at the bodega on the corner. There was a grocery store a few blocks away for more extensive shopping, but it was still tiny. No matter where you shopped, fresh produce was hard to get, and it came in a narrow selection. We usually wound up throwing out half-full milk cartons because it went bad in a matter of days. And this was a neighborhood that was on the verge of gentrification, just starting to become popular with hipsters.

That’s the reality of thousands who aren’t even in situations as extreme as Detroit. Nevertheless, PETA feels comfortable speaking to the people of Detroit as though becoming vegan were as easy a transition as changing your shoes:

The last thing that people who are struggling need is increased health-care costs. By accepting our offer to go vegan, not only will families be getting an immediate financial boost and helping animals, if they stick with it, they’ll also lower their risk of obesity, heart disease, cancer, diabetes, and strokes.

What people who are struggling really need is for PETA not to assume it understand the problems of poverty better than those who actually live it. 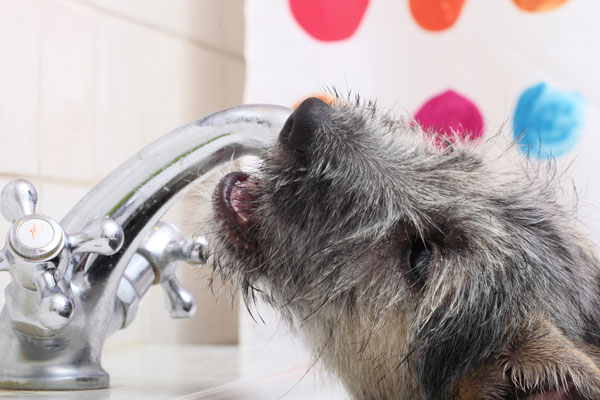 I know that people are asking why I’m paying so much attention to people on a blog about dogs. But that’s the point: Social upheaval like the kind that’s happening in Detroit does affect the dogs and cats who live there as well. We saw this in Sochi, during the Olympics: The massive number of stray dogs on the streets was ultimately the result of corrupt government and contractors who seized peoples’ homes in order to build facilities for the games. The people went from houses with yards into tiny apartments, and the dogs went onto the streets. As people in Detroit find themselves less able to provide food or water for themselves, they are also going to find themselves less able to provide them for the dogs and cats.

It’s the job of an organization like PETA to have the vision to see that sort of thing. Because it doesn’t, animals and people suffer from its policies.

What do you think? Does PETA’s offer make sense? Or is it condescending and misguided? Let me know in the comments.

Via Deadline Detroit and Jezebel