Next on The Scoop: Understanding Nuclear Sclerosis in Dogs
Dogster News 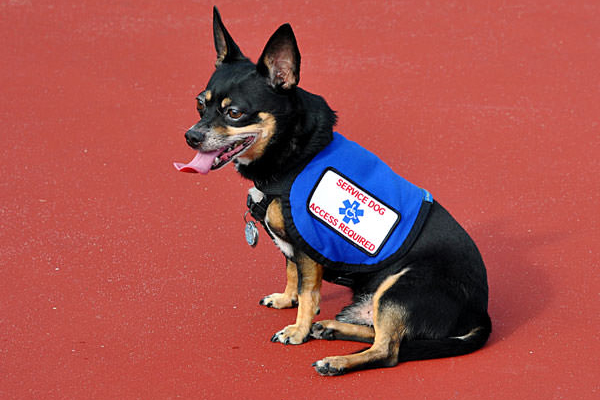 New York state is the latest state to promise fines or even jail time to people who pass dogs off as false service animals.

A new law in the state of New York makes it illegal for people to “knowingly affix to any dog any false or improper identification” that designates the animal is a guide, service or therapy dog. The law, which went into effect in late 2017, states that violators are subject to a fine of up to $100, up to 15 days of jail time or both. As many as 19 other states have enacted similar laws banning the misrepresentation of service animals.